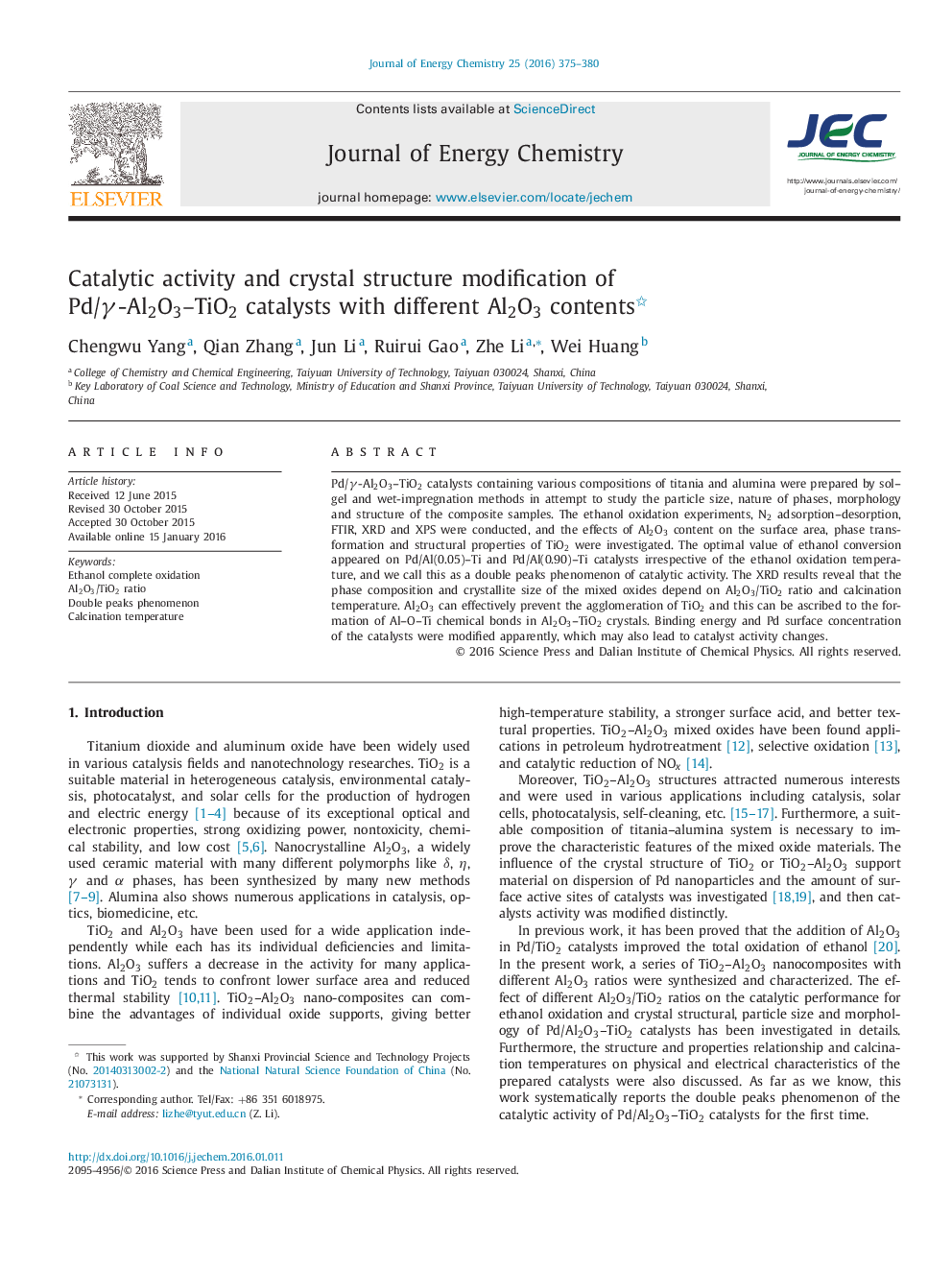 Pd/γ-Al2O3–TiO2 catalysts containing various compositions of titania and alumina were prepared by sol–gel and wet-impregnation methods in attempt to study the particle size, nature of phases, morphology and structure of the composite samples. The ethanol oxidation experiments, N2 adsorption–desorption, FTIR, XRD and XPS were conducted, and the effects of Al2O3 content on the surface area, phase transformation and structural properties of TiO2 were investigated. The optimal value of ethanol conversion appeared on Pd/Al(0.05)–Ti and Pd/Al(0.90)–Ti catalysts irrespective of the ethanol oxidation temperature, and we call this as a double peaks phenomenon of catalytic activity. The XRD results reveal that the phase composition and crystallite size of the mixed oxides depend on Al2O3/TiO2 ratio and calcination temperature. Al2O3 can effectively prevent the agglomeration of TiO2 and this can be ascribed to the formation of Al–O–Ti chemical bonds in Al2O3–TiO2 crystals. Binding energy and Pd surface concentration of the catalysts were modified apparently, which may also lead to catalyst activity changes.

A double peak phenomenon was observed in complete oxidation of ethanol and is ascribed to crystal structure modification in Al2O3-TiO2 nano-composites with different contents of Al2O3.Figure optionsDownload as PowerPoint slide