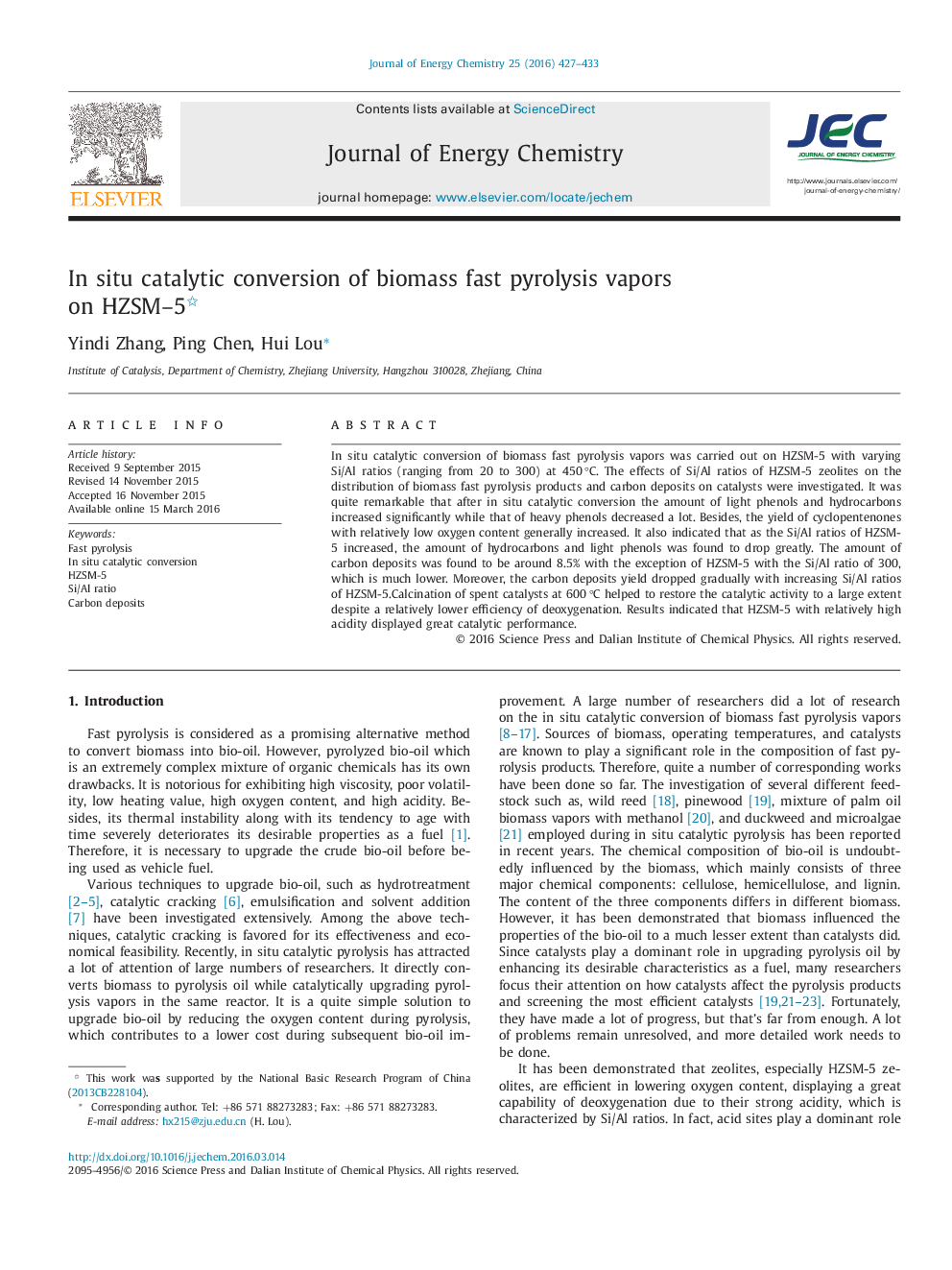 In situ catalytic conversion of biomass fast pyrolysis vapors was carried out on HZSM-5 with varying Si/Al ratios (ranging from 20 to 300) at 450 °C. The effects of Si/Al ratios of HZSM-5 zeolites on the distribution of biomass fast pyrolysis products and carbon deposits on catalysts were investigated. It was quite remarkable that after in situ catalytic conversion the amount of light phenols and hydrocarbons increased significantly while that of heavy phenols decreased a lot. Besides, the yield of cyclopentenones with relatively low oxygen content generally increased. It also indicated that as the Si/Al ratios of HZSM-5 increased, the amount of hydrocarbons and light phenols was found to drop greatly. The amount of carbon deposits was found to be around 8.5% with the exception of HZSM-5 with the Si/Al ratio of 300, which is much lower. Moreover, the carbon deposits yield dropped gradually with increasing Si/Al ratios of HZSM-5.Calcination of spent catalysts at 600 °C helped to restore the catalytic activity to a large extent despite a relatively lower efficiency of deoxygenation. Results indicated that HZSM-5 with relatively high acidity displayed great catalytic performance.