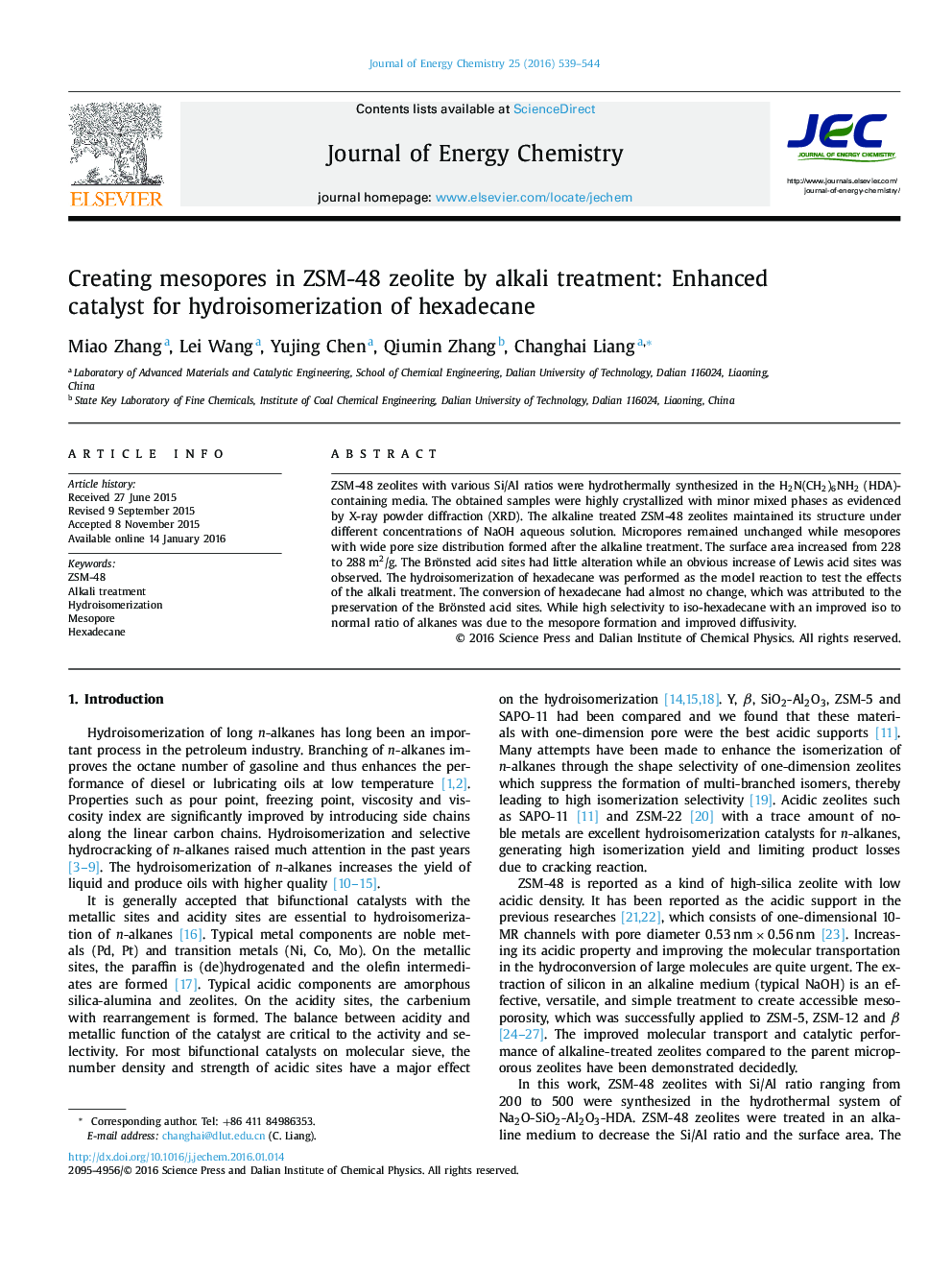 ZSM-48 zeolites with various Si/Al ratios were hydrothermally synthesized in the H2N(CH2)6NH2 (HDA)-containing media. The obtained samples were highly crystallized with minor mixed phases as evidenced by X-ray powder diffraction (XRD). The alkaline treated ZSM-48 zeolites maintained its structure under different concentrations of NaOH aqueous solution. Micropores remained unchanged while mesopores with wide pore size distribution formed after the alkaline treatment. The surface area increased from 228 to 288 m2/g. The Brönsted acid sites had little alteration while an obvious increase of Lewis acid sites was observed. The hydroisomerization of hexadecane was performed as the model reaction to test the effects of the alkali treatment. The conversion of hexadecane had almost no change, which was attributed to the preservation of the Brönsted acid sites. While high selectivity to iso-hexadecane with an improved iso to normal ratio of alkanes was due to the mesopore formation and improved diffusivity.

The alkaline treated ZSM-48 zeolite maintained its structure, formed mesopores with a wide distribution, and improved the selectivity to iso-hexadecane in hydroisomerization of hexadecane due to overcoming the diffusion limitation.Figure optionsDownload as PowerPoint slide