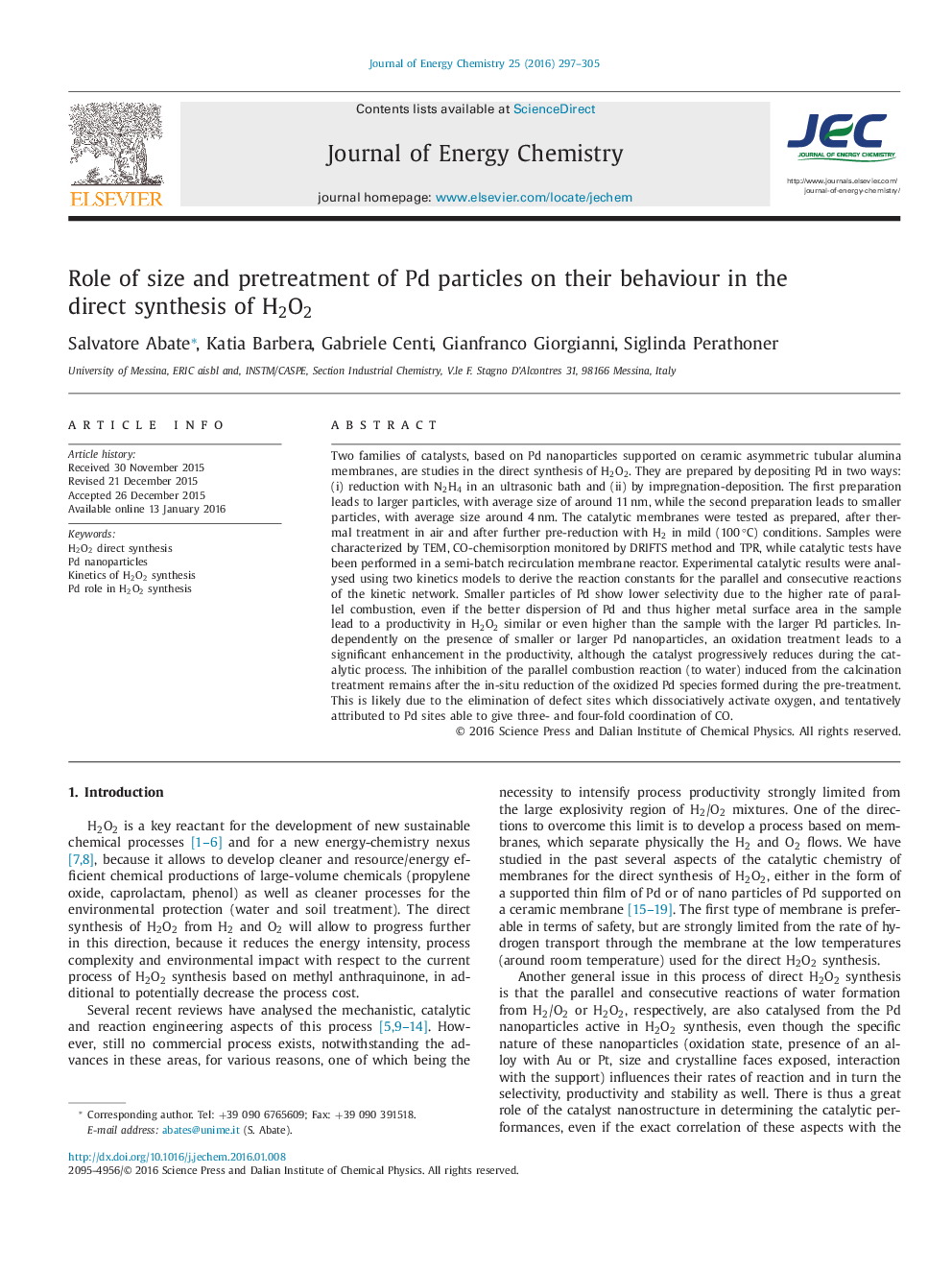 Two families of catalysts, based on Pd nanoparticles supported on ceramic asymmetric tubular alumina membranes, are studies in the direct synthesis of H2O2. They are prepared by depositing Pd in two ways: (i) reduction with N2H4 in an ultrasonic bath and (ii) by impregnation-deposition. The first preparation leads to larger particles, with average size of around 11 nm, while the second preparation leads to smaller particles, with average size around 4 nm. The catalytic membranes were tested as prepared, after thermal treatment in air and after further pre-reduction with H2 in mild (100 °C) conditions. Samples were characterized by TEM, CO-chemisorption monitored by DRIFTS method and TPR, while catalytic tests have been performed in a semi-batch recirculation membrane reactor. Experimental catalytic results were analysed using two kinetics models to derive the reaction constants for the parallel and consecutive reactions of the kinetic network. Smaller particles of Pd show lower selectivity due to the higher rate of parallel combustion, even if the better dispersion of Pd and thus higher metal surface area in the sample lead to a productivity in H2O2 similar or even higher than the sample with the larger Pd particles. Independently on the presence of smaller or larger Pd nanoparticles, an oxidation treatment leads to a significant enhancement in the productivity, although the catalyst progressively reduces during the catalytic process. The inhibition of the parallel combustion reaction (to water) induced from the calcination treatment remains after the in-situ reduction of the oxidized Pd species formed during the pre-treatment. This is likely due to the elimination of defect sites which dissociatively activate oxygen, and tentatively attributed to Pd sites able to give three- and four-fold coordination of CO.

The role of size of Pd nanoparticles and of an oxidative thermal treatment on the behaviour and kinetics of direct H2O2 synthesis is reported.Figure optionsDownload as PowerPoint slide