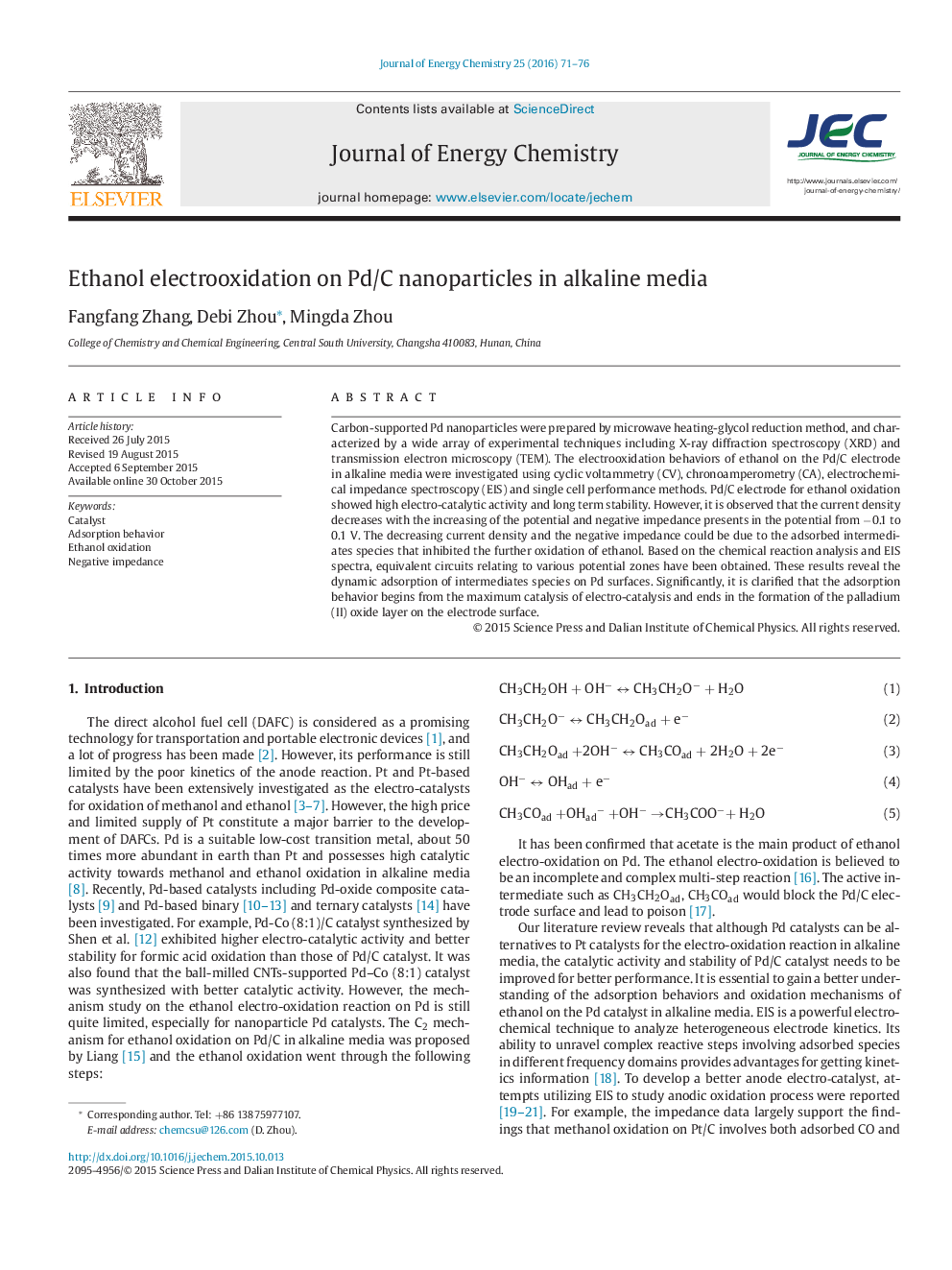 Carbon-supported Pd nanoparticles were prepared by microwave heating-glycol reduction method, and characterized by a wide array of experimental techniques including X-ray diffraction spectroscopy (XRD) and transmission electron microscopy (TEM). The electrooxidation behaviors of ethanol on the Pd/C electrode in alkaline media were investigated using cyclic voltammetry (CV), chronoamperometry (CA), electrochemical impedance spectroscopy (EIS) and single cell performance methods. Pd/C electrode for ethanol oxidation showed high electro-catalytic activity and long term stability. However, it is observed that the current density decreases with the increasing of the potential and negative impedance presents in the potential from −0.1 to 0.1 V. The decreasing current density and the negative impedance could be due to the adsorbed intermediates species that inhibited the further oxidation of ethanol. Based on the chemical reaction analysis and EIS spectra, equivalent circuits relating to various potential zones have been obtained. These results reveal the dynamic adsorption of intermediates species on Pd surfaces. Significantly, it is clarified that the adsorption behavior begins from the maximum catalysis of electro-catalysis and ends in the formation of the palladium (II) oxide layer on the electrode surface.

The heavy adsorbed intermediates species such as CH3CHOads, CH3COads, COads, CH3CHO, on the Pd surface lead to the negative charge-transfer resistance at the potentials from −0.1 to 0.05 V.Figure optionsDownload as PowerPoint slide