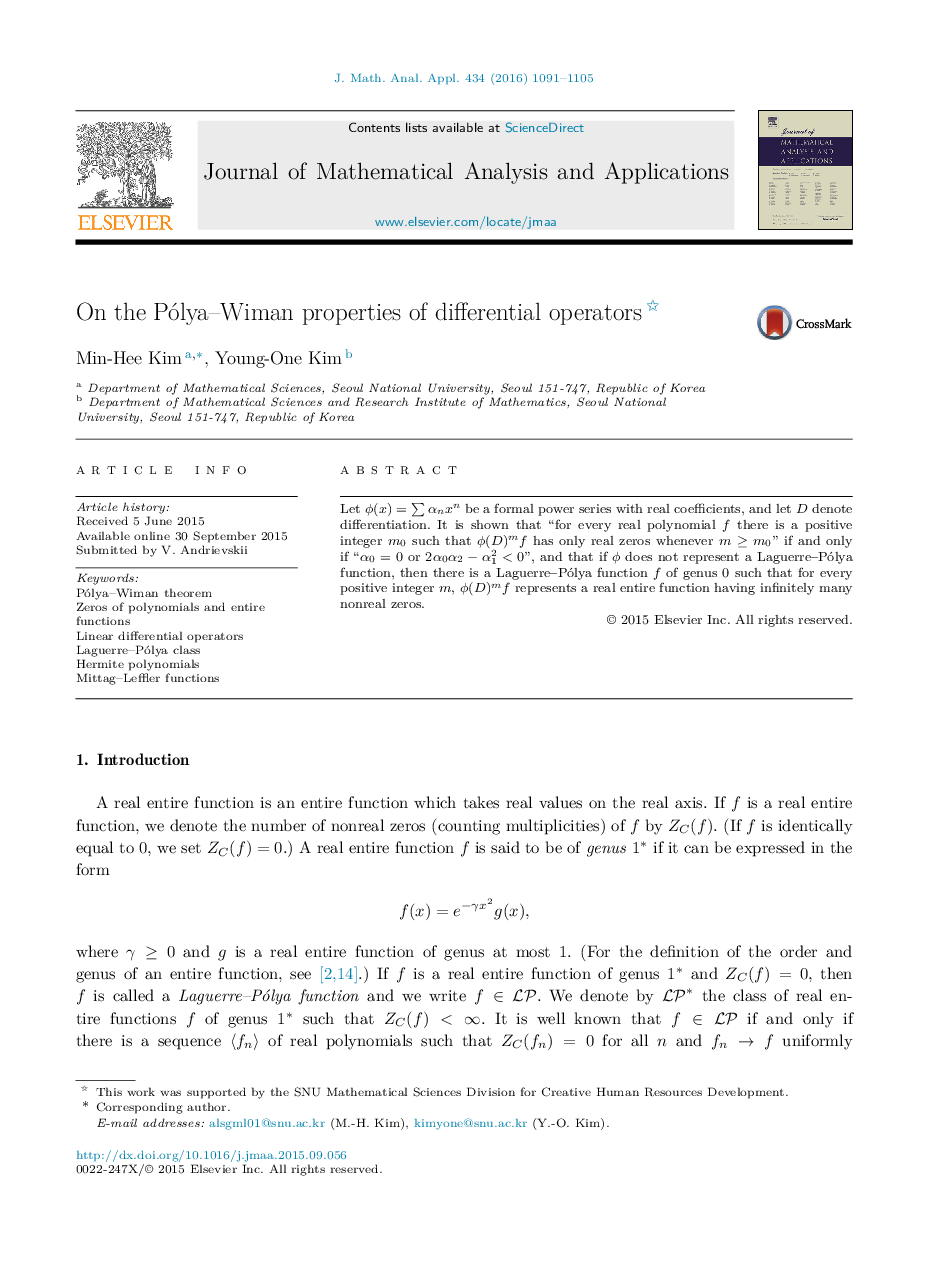 Let Ï(x)=âÎ±nxn be a formal power series with real coefficients, and let D denote differentiation. It is shown that “for every real polynomial f there is a positive integer m0 such that Ï(D)mf has only real zeros whenever mâ¥m0” if and only if “Î±0=0 or 2Î±0Î±2âÎ±12<0”, and that if Ï does not represent a Laguerre-Pólya function, then there is a Laguerre-Pólya function f of genus 0 such that for every positive integer m, Ï(D)mf represents a real entire function having infinitely many nonreal zeros.