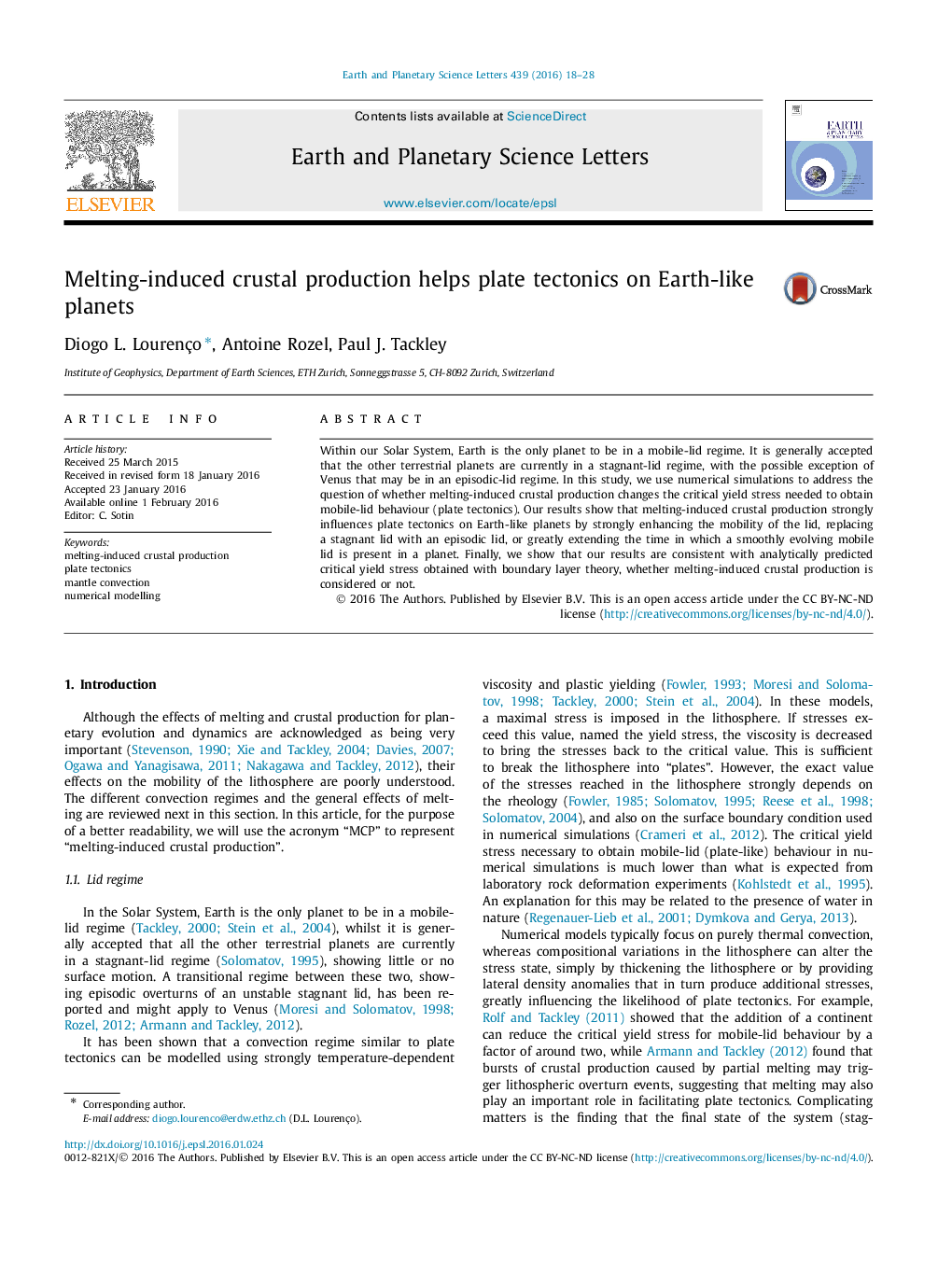 Within our Solar System, Earth is the only planet to be in a mobile-lid regime. It is generally accepted that the other terrestrial planets are currently in a stagnant-lid regime, with the possible exception of Venus that may be in an episodic-lid regime. In this study, we use numerical simulations to address the question of whether melting-induced crustal production changes the critical yield stress needed to obtain mobile-lid behaviour (plate tectonics). Our results show that melting-induced crustal production strongly influences plate tectonics on Earth-like planets by strongly enhancing the mobility of the lid, replacing a stagnant lid with an episodic lid, or greatly extending the time in which a smoothly evolving mobile lid is present in a planet. Finally, we show that our results are consistent with analytically predicted critical yield stress obtained with boundary layer theory, whether melting-induced crustal production is considered or not.