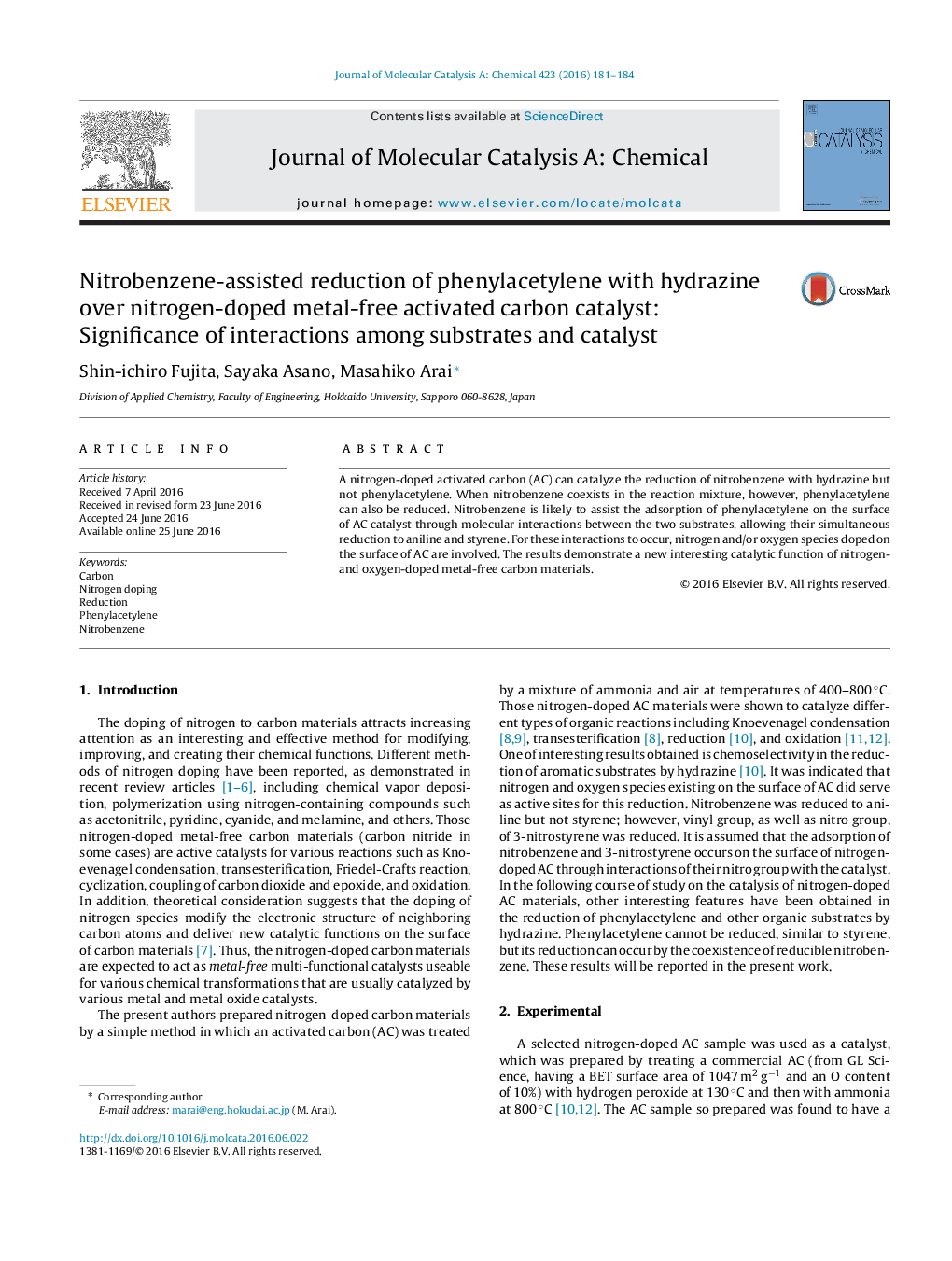 A nitrogen-doped activated carbon (AC) can catalyze the reduction of nitrobenzene with hydrazine but not phenylacetylene. When nitrobenzene coexists in the reaction mixture, however, phenylacetylene can also be reduced. Nitrobenzene is likely to assist the adsorption of phenylacetylene on the surface of AC catalyst through molecular interactions between the two substrates, allowing their simultaneous reduction to aniline and styrene. For these interactions to occur, nitrogen and/or oxygen species doped on the surface of AC are involved. The results demonstrate a new interesting catalytic function of nitrogen- and oxygen-doped metal-free carbon materials.

The reduction of phenylacetylene by hydrazine over nitrogen- and oxygen-doped AC catalyst can be assisted by coexisting reducible nitrobenzene.Figure optionsDownload high-quality image (88 K)Download as PowerPoint slide