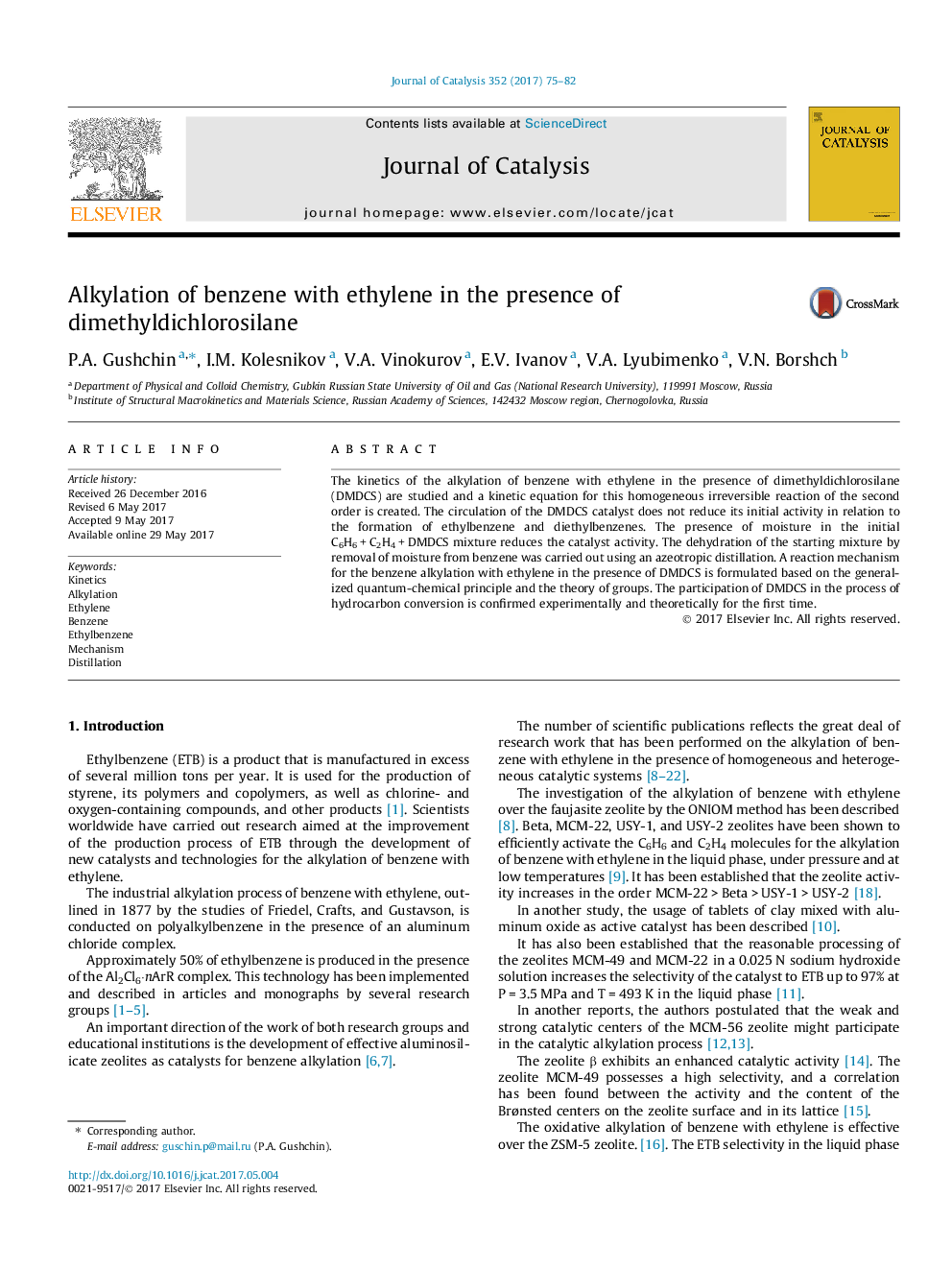 - The high efficiency of the new DMDCS catalyst for benzene alkylation with ethylene at moderate conditions in liquid phase is shown.
- The equation of kinetics of ethylbenzene formation for controlling the new technological process is created.
- The possibility of DMDCS catalyst application in industry is reported.

The kinetics of the alkylation of benzene with ethylene in the presence of dimethyldichlorosilane (DMDCS) are studied and a kinetic equation for this homogeneous irreversible reaction of the second order is created. The circulation of the DMDCS catalyst does not reduce its initial activity in relation to the formation of ethylbenzene and diethylbenzenes. The presence of moisture in the initial C6H6Â +Â C2H4Â +Â DMDCS mixture reduces the catalyst activity. The dehydration of the starting mixture by removal of moisture from benzene was carried out using an azeotropic distillation. A reaction mechanism for the benzene alkylation with ethylene in the presence of DMDCS is formulated based on the generalized quantum-chemical principle and the theory of groups. The participation of DMDCS in the process of hydrocarbon conversion is confirmed experimentally and theoretically for the first time.