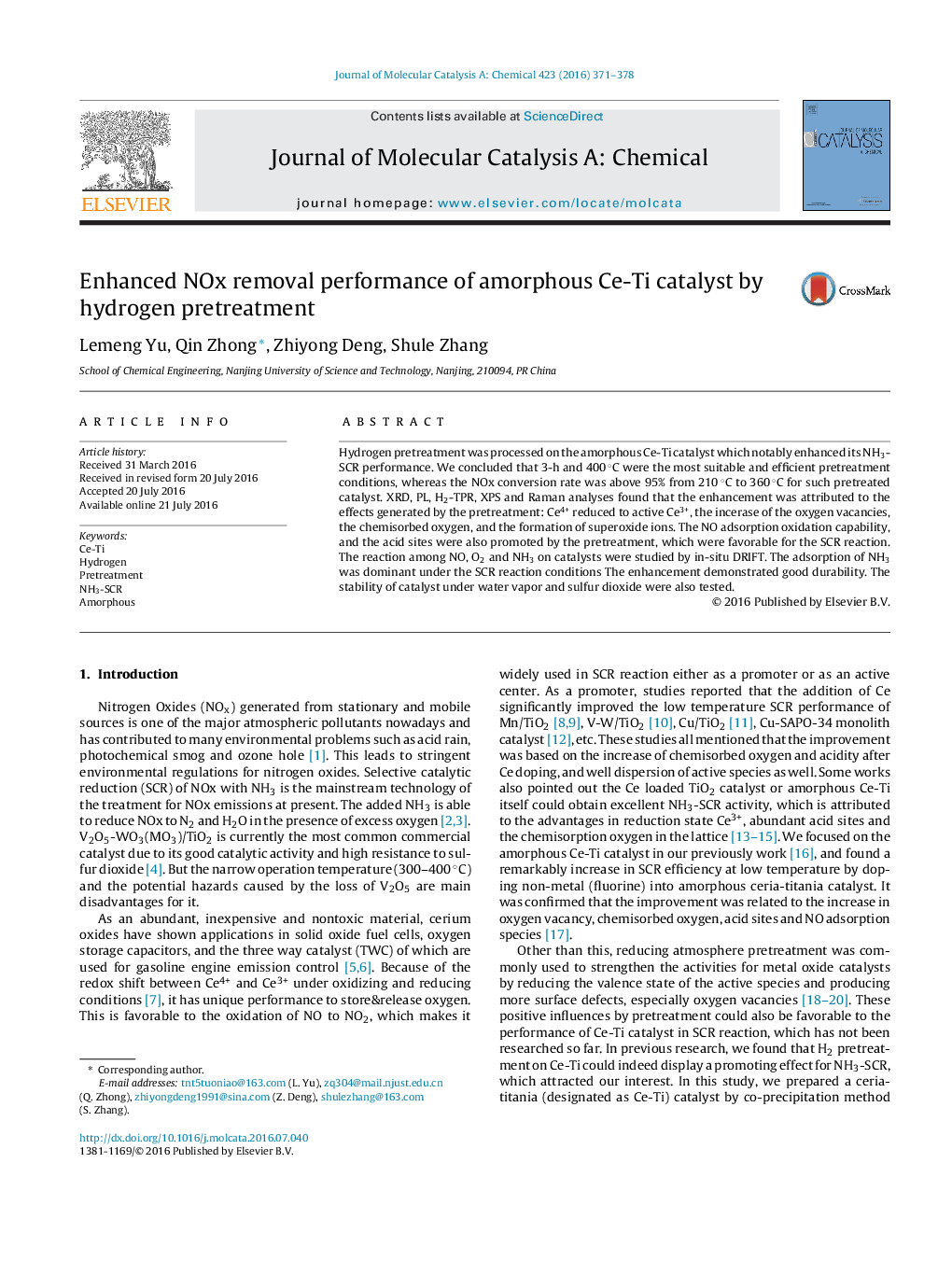 • H2-pretreatment was used to Ce-Ti catalyst which had a significantly enhancement on NH3-SCR DeNOX.
• Differences on physical and chemical properties on catalyst caused by pretreatment was compared.
• The existence and role of superoxide ions was tested and certified.

Hydrogen pretreatment was processed on the amorphous Ce-Ti catalyst which notably enhanced its NH3-SCR performance. We concluded that 3-h and 400 °C were the most suitable and efficient pretreatment conditions, whereas the NOx conversion rate was above 95% from 210 °C to 360 °C for such pretreated catalyst. XRD, PL, H2-TPR, XPS and Raman analyses found that the enhancement was attributed to the effects generated by the pretreatment: Ce4+ reduced to active Ce3+, the incerase of the oxygen vacancies, the chemisorbed oxygen, and the formation of superoxide ions. The NO adsorption oxidation capability, and the acid sites were also promoted by the pretreatment, which were favorable for the SCR reaction. The reaction among NO, O2 and NH3 on catalysts were studied by in-situ DRIFT. The adsorption of NH3 was dominant under the SCR reaction conditions The enhancement demonstrated good durability. The stability of catalyst under water vapor and sulfur dioxide were also tested.