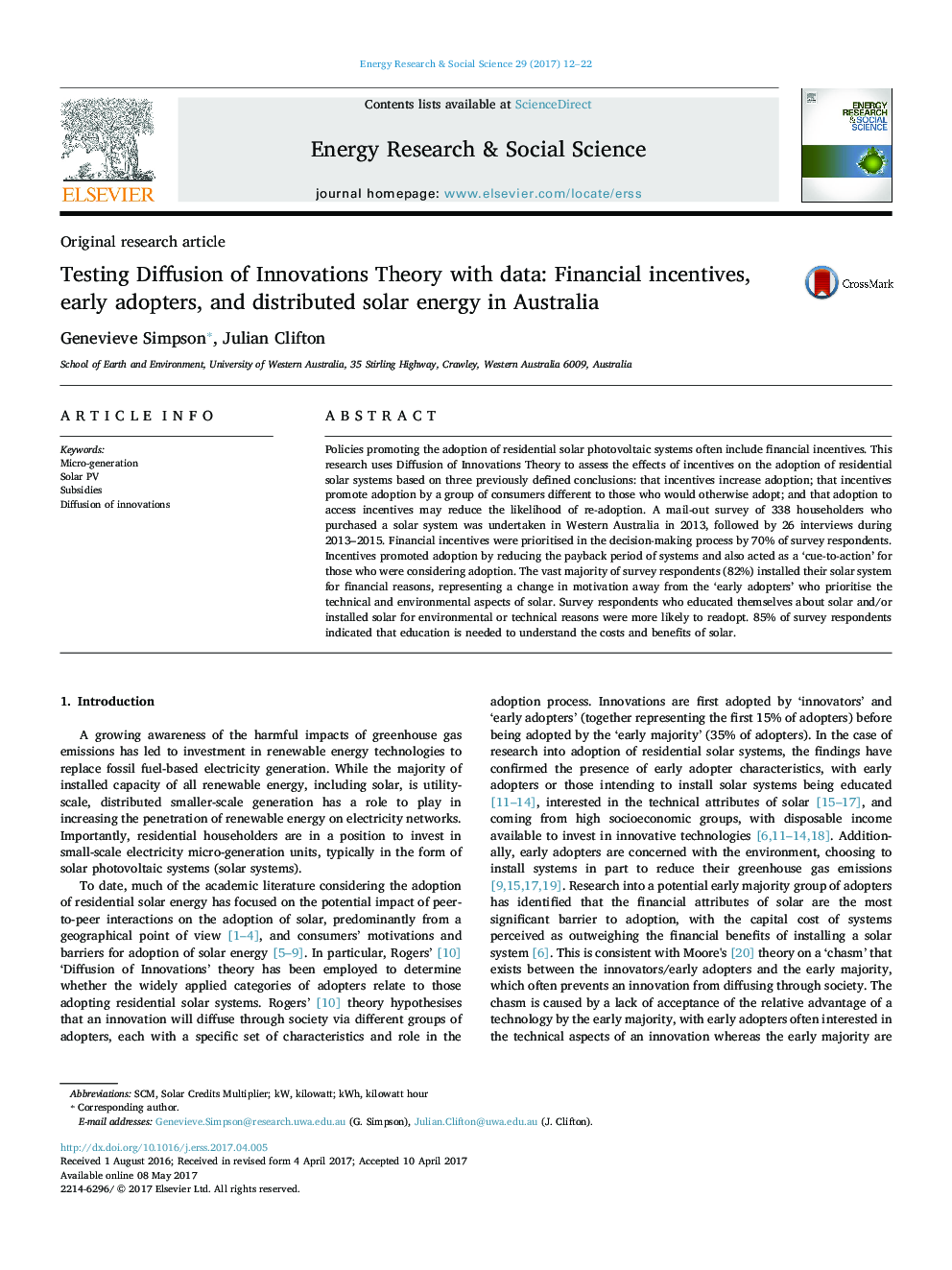 - Research considered the effects of incentives on residential solar energy adoption.
- Incentives acted as a 'cue-to-action' and made systems more affordable.
- Some evidence of disadvantaged community adoption with generous incentives.
- Some links between motivation for adoption and likelihood of readoption.
- Adopters lacked reliable information, which should be provided alongside incentives.

Policies promoting the adoption of residential solar photovoltaic systems often include financial incentives. This research uses Diffusion of Innovations Theory to assess the effects of incentives on the adoption of residential solar systems based on three previously defined conclusions: that incentives increase adoption; that incentives promote adoption by a group of consumers different to those who would otherwise adopt; and that adoption to access incentives may reduce the likelihood of re-adoption. A mail-out survey of 338 householders who purchased a solar system was undertaken in Western Australia in 2013, followed by 26 interviews during 2013-2015. Financial incentives were prioritised in the decision-making process by 70% of survey respondents. Incentives promoted adoption by reducing the payback period of systems and also acted as a 'cue-to-action' for those who were considering adoption. The vast majority of survey respondents (82%) installed their solar system for financial reasons, representing a change in motivation away from the 'early adopters' who prioritise the technical and environmental aspects of solar. Survey respondents who educated themselves about solar and/or installed solar for environmental or technical reasons were more likely to readopt. 85% of survey respondents indicated that education is needed to understand the costs and benefits of solar.