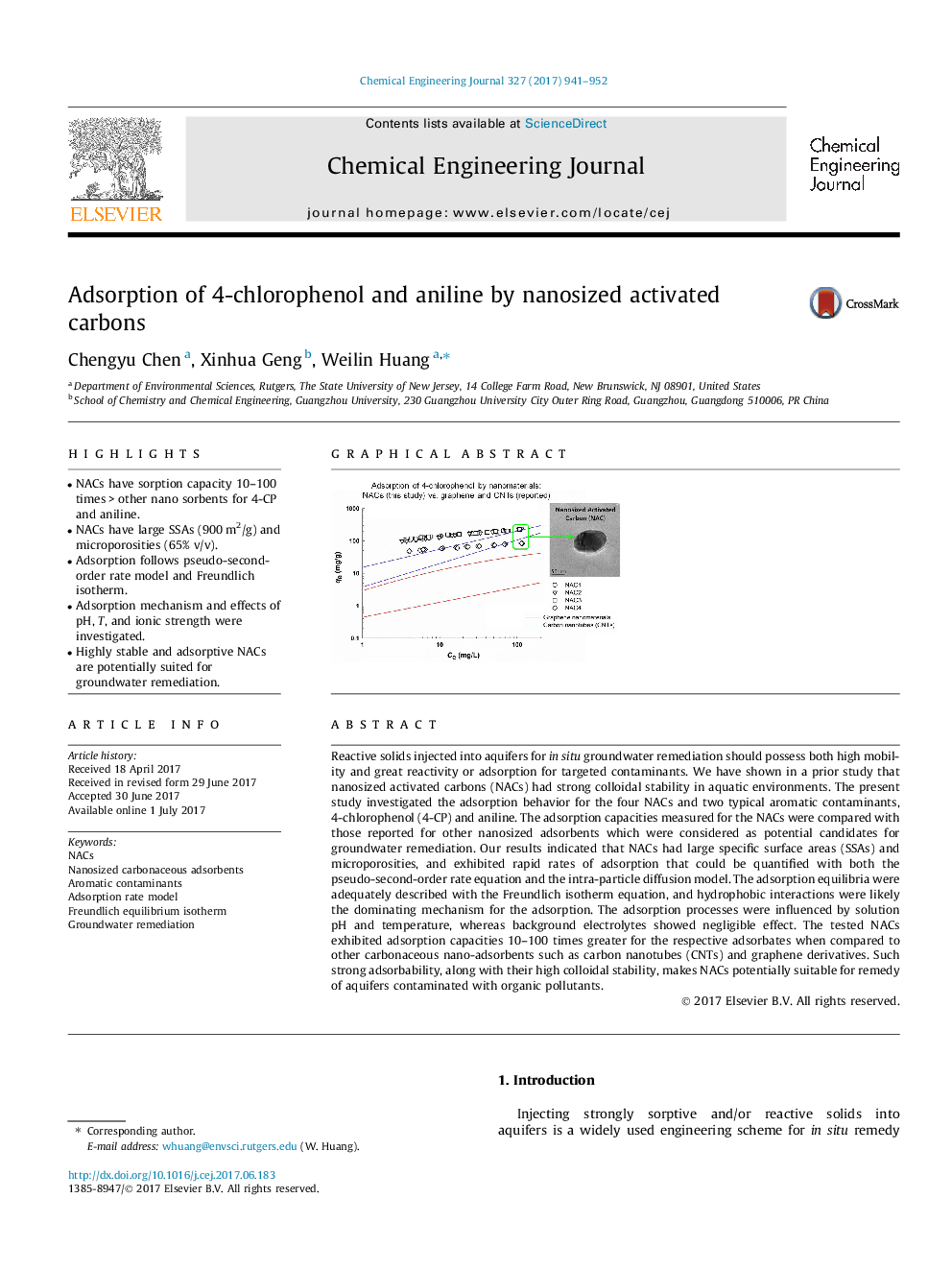 Reactive solids injected into aquifers for in situ groundwater remediation should possess both high mobility and great reactivity or adsorption for targeted contaminants. We have shown in a prior study that nanosized activated carbons (NACs) had strong colloidal stability in aquatic environments. The present study investigated the adsorption behavior for the four NACs and two typical aromatic contaminants, 4-chlorophenol (4-CP) and aniline. The adsorption capacities measured for the NACs were compared with those reported for other nanosized adsorbents which were considered as potential candidates for groundwater remediation. Our results indicated that NACs had large specific surface areas (SSAs) and microporosities, and exhibited rapid rates of adsorption that could be quantified with both the pseudo-second-order rate equation and the intra-particle diffusion model. The adsorption equilibria were adequately described with the Freundlich isotherm equation, and hydrophobic interactions were likely the dominating mechanism for the adsorption. The adsorption processes were influenced by solution pH and temperature, whereas background electrolytes showed negligible effect. The tested NACs exhibited adsorption capacities 10-100 times greater for the respective adsorbates when compared to other carbonaceous nano-adsorbents such as carbon nanotubes (CNTs) and graphene derivatives. Such strong adsorbability, along with their high colloidal stability, makes NACs potentially suitable for remedy of aquifers contaminated with organic pollutants.