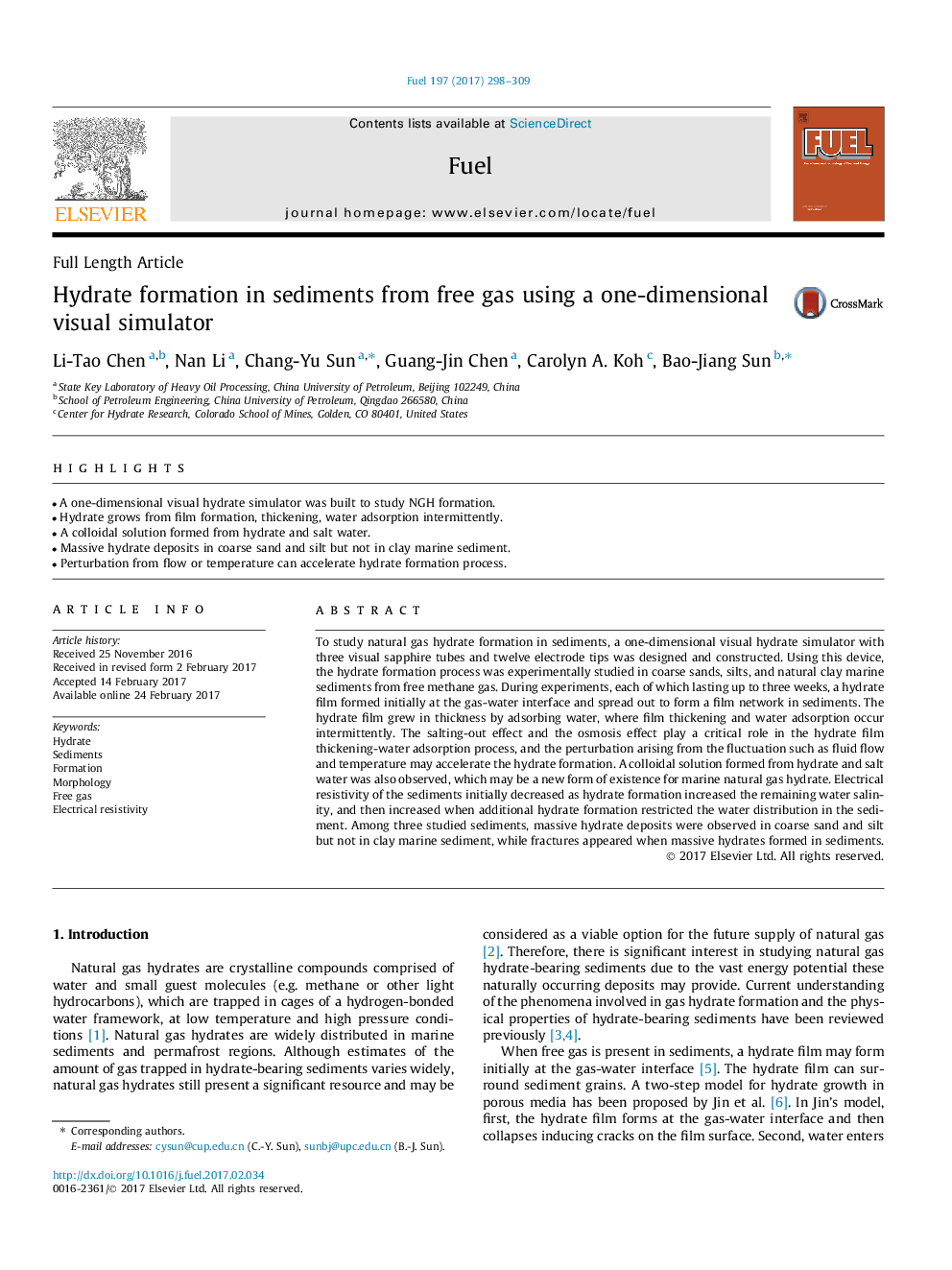 To study natural gas hydrate formation in sediments, a one-dimensional visual hydrate simulator with three visual sapphire tubes and twelve electrode tips was designed and constructed. Using this device, the hydrate formation process was experimentally studied in coarse sands, silts, and natural clay marine sediments from free methane gas. During experiments, each of which lasting up to three weeks, a hydrate film formed initially at the gas-water interface and spread out to form a film network in sediments. The hydrate film grew in thickness by adsorbing water, where film thickening and water adsorption occur intermittently. The salting-out effect and the osmosis effect play a critical role in the hydrate film thickening-water adsorption process, and the perturbation arising from the fluctuation such as fluid flow and temperature may accelerate the hydrate formation. A colloidal solution formed from hydrate and salt water was also observed, which may be a new form of existence for marine natural gas hydrate. Electrical resistivity of the sediments initially decreased as hydrate formation increased the remaining water salinity, and then increased when additional hydrate formation restricted the water distribution in the sediment. Among three studied sediments, massive hydrate deposits were observed in coarse sand and silt but not in clay marine sediment, while fractures appeared when massive hydrates formed in sediments.