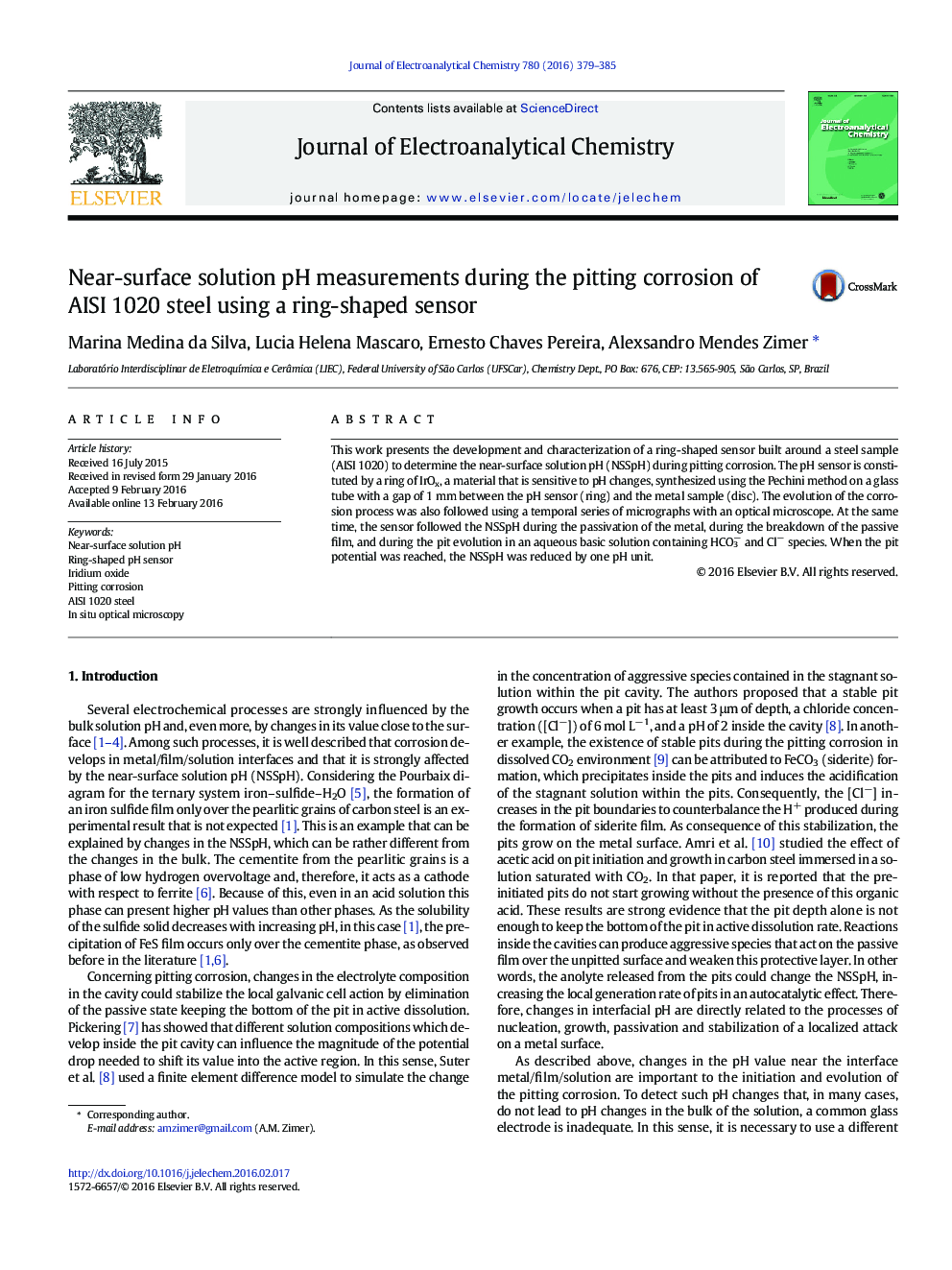 - pH measurements in the near surface solution region during the pitting corrosion
- Ring-shaped sensor of IrOx built around of a carbon steel sample
- The system is versatile and as disc other metal samples could be analyzed.
- The system can be polished without the destruction of the ring-shaped sensor.

This work presents the development and characterization of a ring-shaped sensor built around a steel sample (AISI 1020) to determine the near-surface solution pH (NSSpH) during pitting corrosion. The pH sensor is constituted by a ring of IrOx, a material that is sensitive to pH changes, synthesized using the Pechini method on a glass tube with a gap of 1Â mm between the pH sensor (ring) and the metal sample (disc). The evolution of the corrosion process was also followed using a temporal series of micrographs with an optical microscope. At the same time, the sensor followed the NSSpH during the passivation of the metal, during the breakdown of the passive film, and during the pit evolution in an aqueous basic solution containing HCO3â and Clâ species. When the pit potential was reached, the NSSpH was reduced by one pH unit.