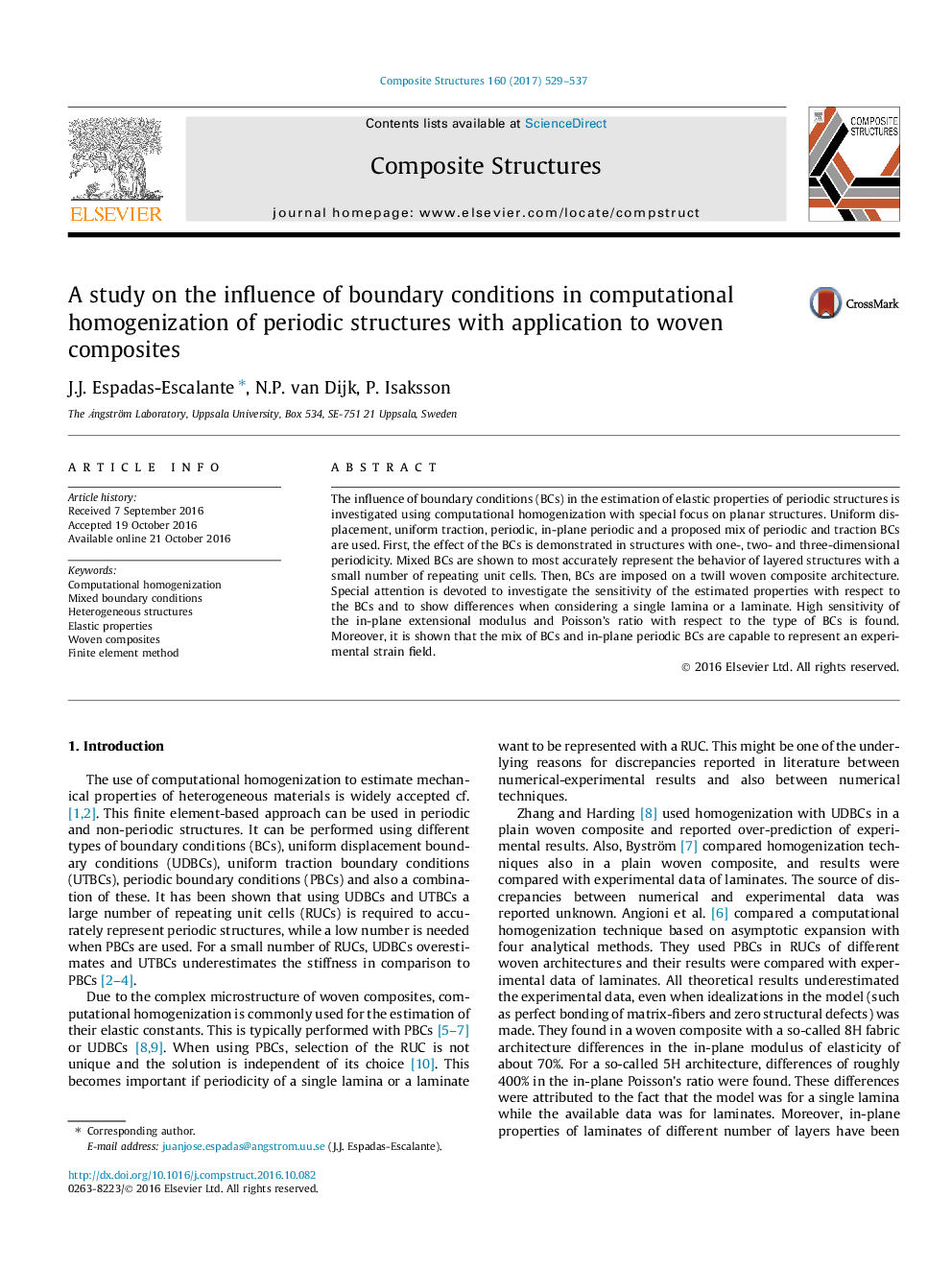 The influence of boundary conditions (BCs) in the estimation of elastic properties of periodic structures is investigated using computational homogenization with special focus on planar structures. Uniform displacement, uniform traction, periodic, in-plane periodic and a proposed mix of periodic and traction BCs are used. First, the effect of the BCs is demonstrated in structures with one-, two- and three-dimensional periodicity. Mixed BCs are shown to most accurately represent the behavior of layered structures with a small number of repeating unit cells. Then, BCs are imposed on a twill woven composite architecture. Special attention is devoted to investigate the sensitivity of the estimated properties with respect to the BCs and to show differences when considering a single lamina or a laminate. High sensitivity of the in-plane extensional modulus and Poisson's ratio with respect to the type of BCs is found. Moreover, it is shown that the mix of BCs and in-plane periodic BCs are capable to represent an experimental strain field.