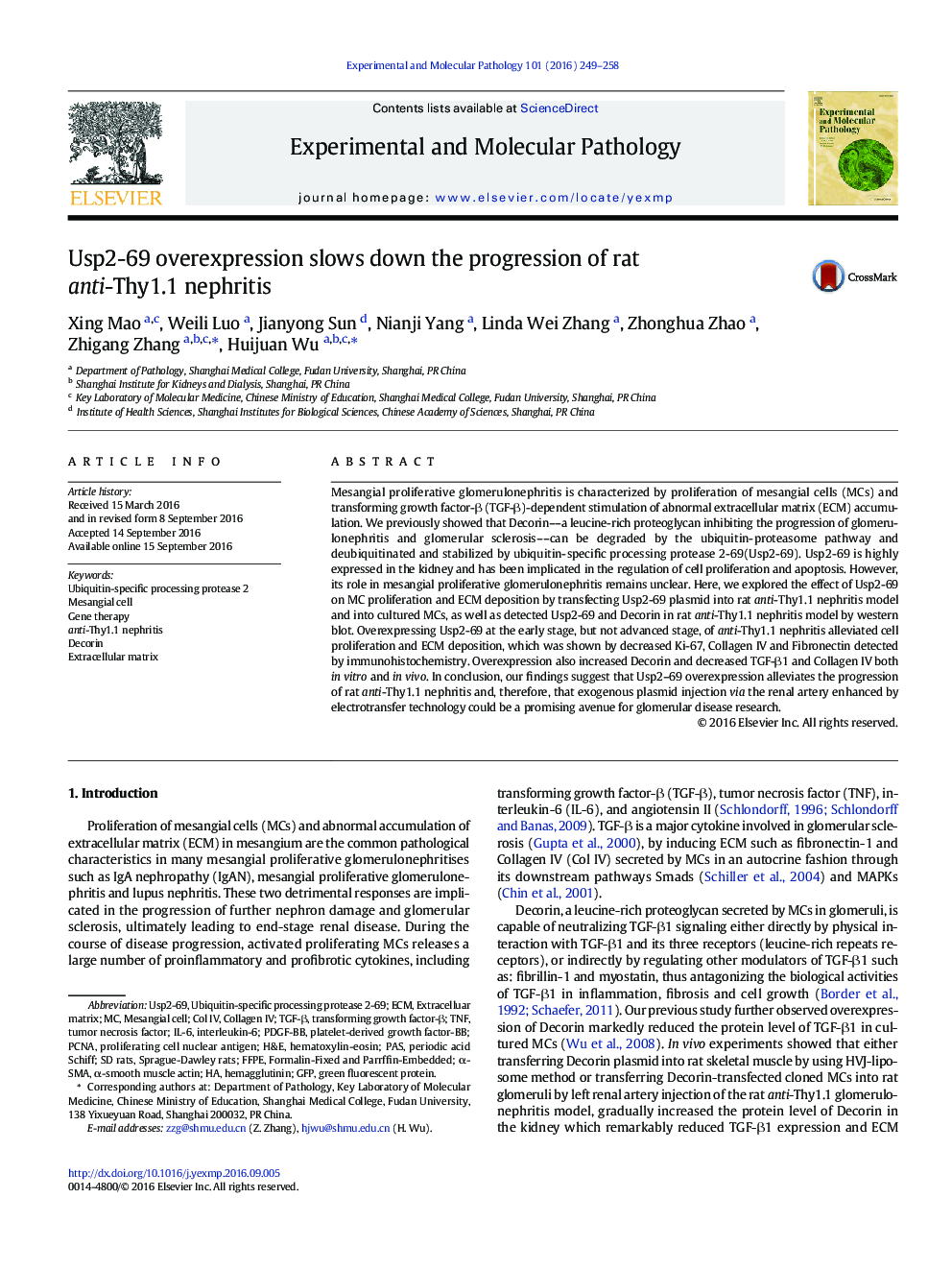 Mesangial proliferative glomerulonephritis is characterized by proliferation of mesangial cells (MCs) and transforming growth factor-Î² (TGF-Î²)-dependent stimulation of abnormal extracellular matrix (ECM) accumulation. We previously showed that Decorin--a leucine-rich proteoglycan inhibiting the progression of glomerulonephritis and glomerular sclerosis--can be degraded by the ubiquitin-proteasome pathway and deubiquitinated and stabilized by ubiquitin-specific processing protease 2-69(Usp2-69). Usp2-69 is highly expressed in the kidney and has been implicated in the regulation of cell proliferation and apoptosis. However, its role in mesangial proliferative glomerulonephritis remains unclear. Here, we explored the effect of Usp2-69 on MC proliferation and ECM deposition by transfecting Usp2-69 plasmid into rat anti-Thy1.1 nephritis model and into cultured MCs, as well as detected Usp2-69 and Decorin in rat anti-Thy1.1 nephritis model by western blot. Overexpressing Usp2-69 at the early stage, but not advanced stage, of anti-Thy1.1 nephritis alleviated cell proliferation and ECM deposition, which was shown by decreased Ki-67, Collagen IV and Fibronectin detected by immunohistochemistry. Overexpression also increased Decorin and decreased TGF-Î²1 and Collagen IV both in vitro and in vivo. In conclusion, our findings suggest that Usp2-69 overexpression alleviates the progression of rat anti-Thy1.1 nephritis and, therefore, that exogenous plasmid injection via the renal artery enhanced by electrotransfer technology could be a promising avenue for glomerular disease research.