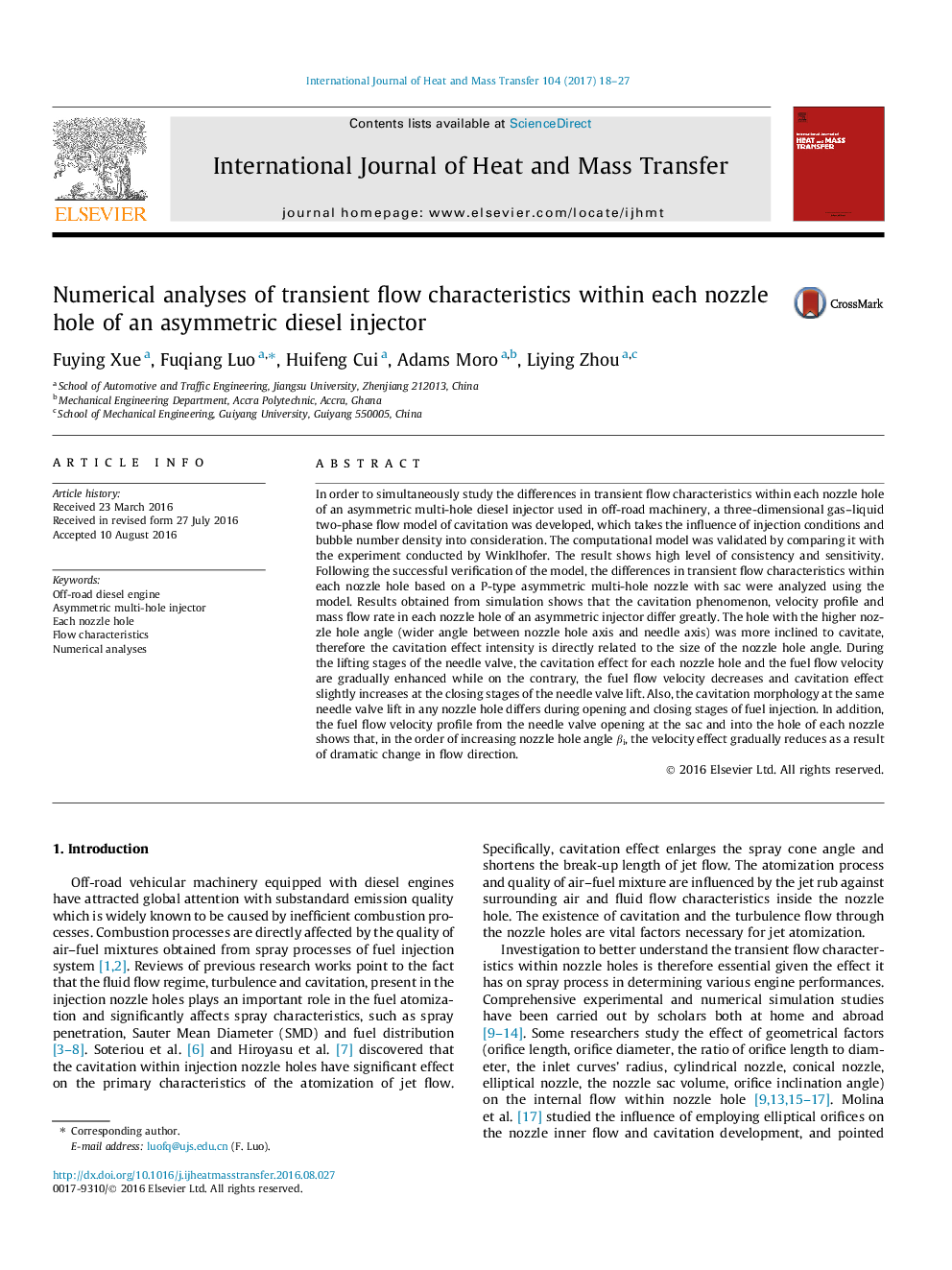 In order to simultaneously study the differences in transient flow characteristics within each nozzle hole of an asymmetric multi-hole diesel injector used in off-road machinery, a three-dimensional gas–liquid two-phase flow model of cavitation was developed, which takes the influence of injection conditions and bubble number density into consideration. The computational model was validated by comparing it with the experiment conducted by Winklhofer. The result shows high level of consistency and sensitivity. Following the successful verification of the model, the differences in transient flow characteristics within each nozzle hole based on a P-type asymmetric multi-hole nozzle with sac were analyzed using the model. Results obtained from simulation shows that the cavitation phenomenon, velocity profile and mass flow rate in each nozzle hole of an asymmetric injector differ greatly. The hole with the higher nozzle hole angle (wider angle between nozzle hole axis and needle axis) was more inclined to cavitate, therefore the cavitation effect intensity is directly related to the size of the nozzle hole angle. During the lifting stages of the needle valve, the cavitation effect for each nozzle hole and the fuel flow velocity are gradually enhanced while on the contrary, the fuel flow velocity decreases and cavitation effect slightly increases at the closing stages of the needle valve lift. Also, the cavitation morphology at the same needle valve lift in any nozzle hole differs during opening and closing stages of fuel injection. In addition, the fuel flow velocity profile from the needle valve opening at the sac and into the hole of each nozzle shows that, in the order of increasing nozzle hole angle βi, the velocity effect gradually reduces as a result of dramatic change in flow direction.