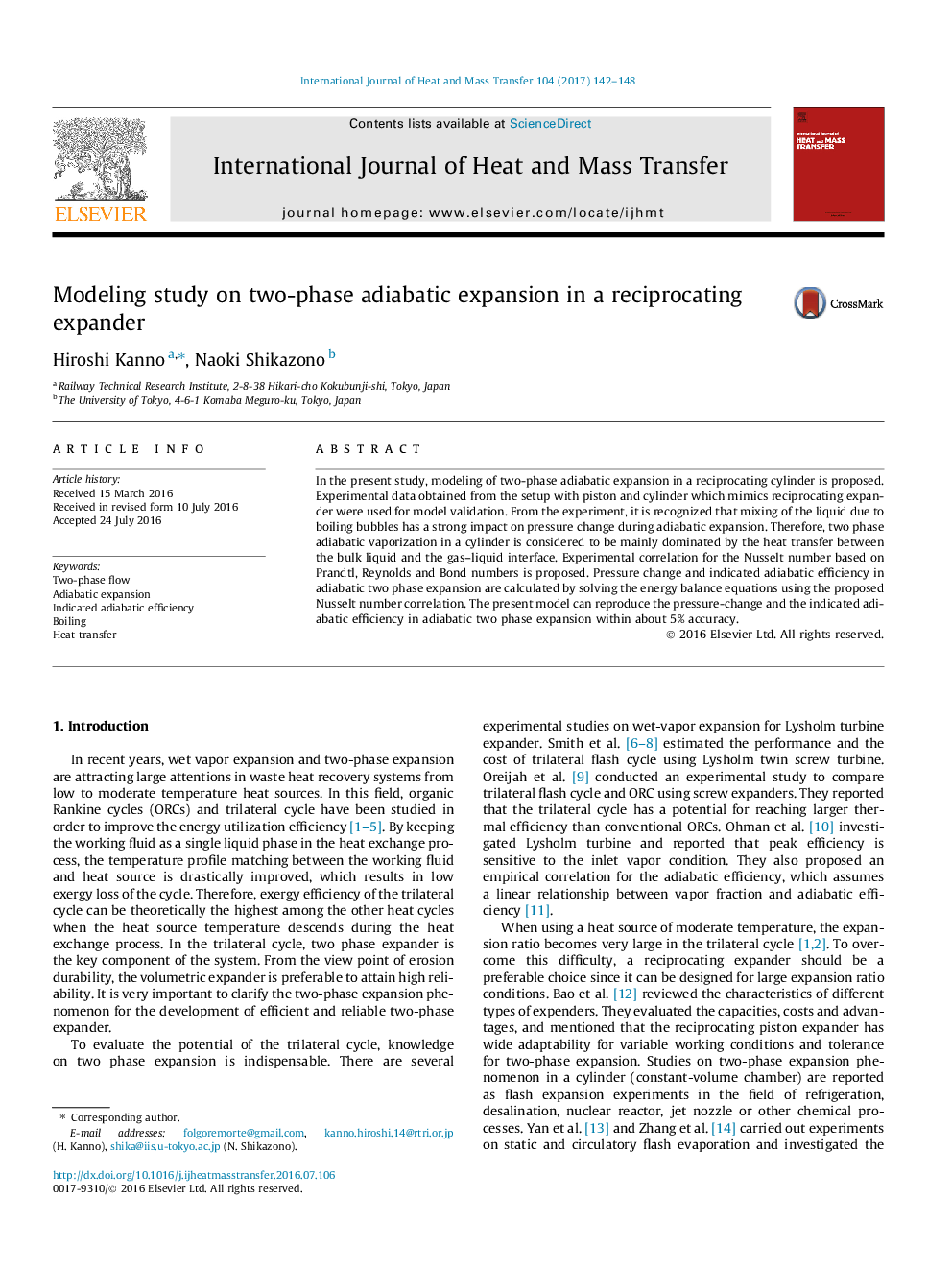 In the present study, modeling of two-phase adiabatic expansion in a reciprocating cylinder is proposed. Experimental data obtained from the setup with piston and cylinder which mimics reciprocating expander were used for model validation. From the experiment, it is recognized that mixing of the liquid due to boiling bubbles has a strong impact on pressure change during adiabatic expansion. Therefore, two phase adiabatic vaporization in a cylinder is considered to be mainly dominated by the heat transfer between the bulk liquid and the gas–liquid interface. Experimental correlation for the Nusselt number based on Prandtl, Reynolds and Bond numbers is proposed. Pressure change and indicated adiabatic efficiency in adiabatic two phase expansion are calculated by solving the energy balance equations using the proposed Nusselt number correlation. The present model can reproduce the pressure-change and the indicated adiabatic efficiency in adiabatic two phase expansion within about 5% accuracy.