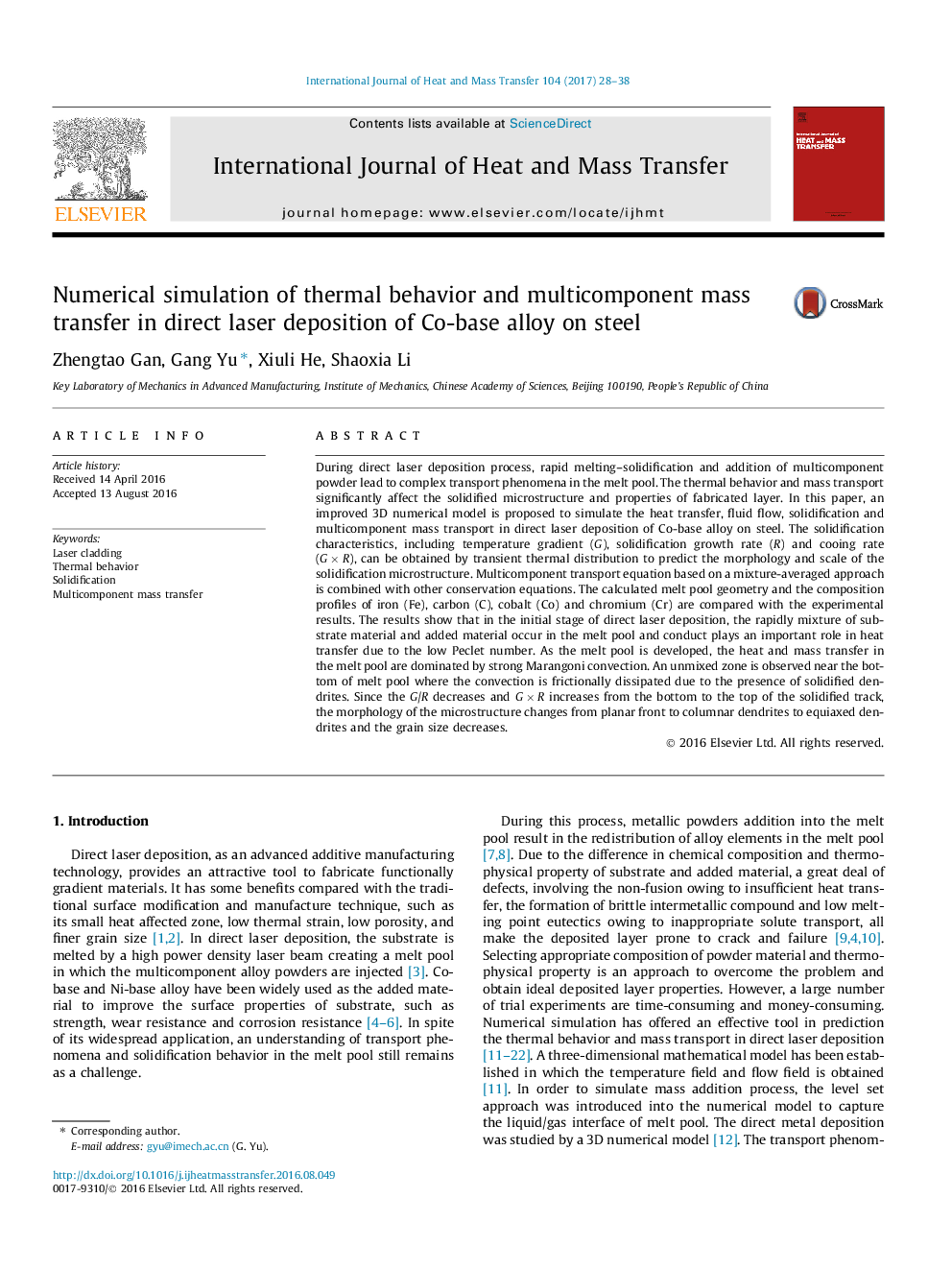 • Thermal behavior and multicomponent mass transfer in direct laser deposition is simulated.
• The solidification characteristics are obtained by transient thermal distribution.
• The mechanism of multicomponent diffusion and convection are considered.
• The composition profiles of Fe, C, Co and Cr are compared with the experimental results.
• An unmixed zone is observed at the bottom of the melt pool.

During direct laser deposition process, rapid melting–solidification and addition of multicomponent powder lead to complex transport phenomena in the melt pool. The thermal behavior and mass transport significantly affect the solidified microstructure and properties of fabricated layer. In this paper, an improved 3D numerical model is proposed to simulate the heat transfer, fluid flow, solidification and multicomponent mass transport in direct laser deposition of Co-base alloy on steel. The solidification characteristics, including temperature gradient (G), solidification growth rate (R) and cooing rate (G × R), can be obtained by transient thermal distribution to predict the morphology and scale of the solidification microstructure. Multicomponent transport equation based on a mixture-averaged approach is combined with other conservation equations. The calculated melt pool geometry and the composition profiles of iron (Fe), carbon (C), cobalt (Co) and chromium (Cr) are compared with the experimental results. The results show that in the initial stage of direct laser deposition, the rapidly mixture of substrate material and added material occur in the melt pool and conduct plays an important role in heat transfer due to the low Peclet number. As the melt pool is developed, the heat and mass transfer in the melt pool are dominated by strong Marangoni convection. An unmixed zone is observed near the bottom of melt pool where the convection is frictionally dissipated due to the presence of solidified dendrites. Since the G/R decreases and G × R increases from the bottom to the top of the solidified track, the morphology of the microstructure changes from planar front to columnar dendrites to equiaxed dendrites and the grain size decreases.