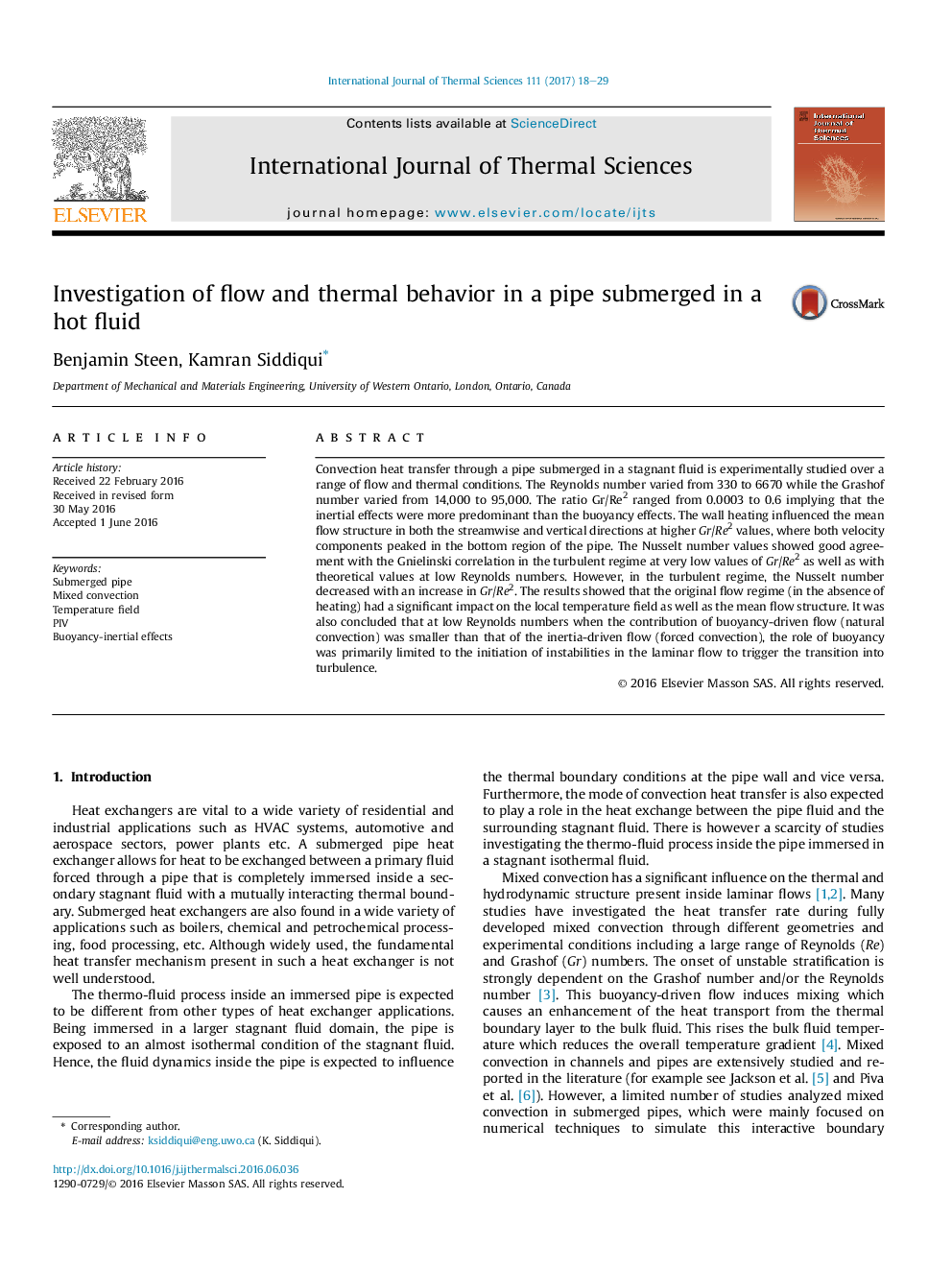 • Investigated the thermo-fluid behavior inside a horizontal pipe submerged in a hot fluid.
• Characterized the temperature field in the pipe's cross-sectional plane.
• Investigated the relative influence of buoyancy and inertia on the convection heat transfer.

Convection heat transfer through a pipe submerged in a stagnant fluid is experimentally studied over a range of flow and thermal conditions. The Reynolds number varied from 330 to 6670 while the Grashof number varied from 14,000 to 95,000. The ratio Gr/Re2 ranged from 0.0003 to 0.6 implying that the inertial effects were more predominant than the buoyancy effects. The wall heating influenced the mean flow structure in both the streamwise and vertical directions at higher Gr/Re2 values, where both velocity components peaked in the bottom region of the pipe. The Nusselt number values showed good agreement with the Gnielinski correlation in the turbulent regime at very low values of Gr/Re2 as well as with theoretical values at low Reynolds numbers. However, in the turbulent regime, the Nusselt number decreased with an increase in Gr/Re2. The results showed that the original flow regime (in the absence of heating) had a significant impact on the local temperature field as well as the mean flow structure. It was also concluded that at low Reynolds numbers when the contribution of buoyancy-driven flow (natural convection) was smaller than that of the inertia-driven flow (forced convection), the role of buoyancy was primarily limited to the initiation of instabilities in the laminar flow to trigger the transition into turbulence.