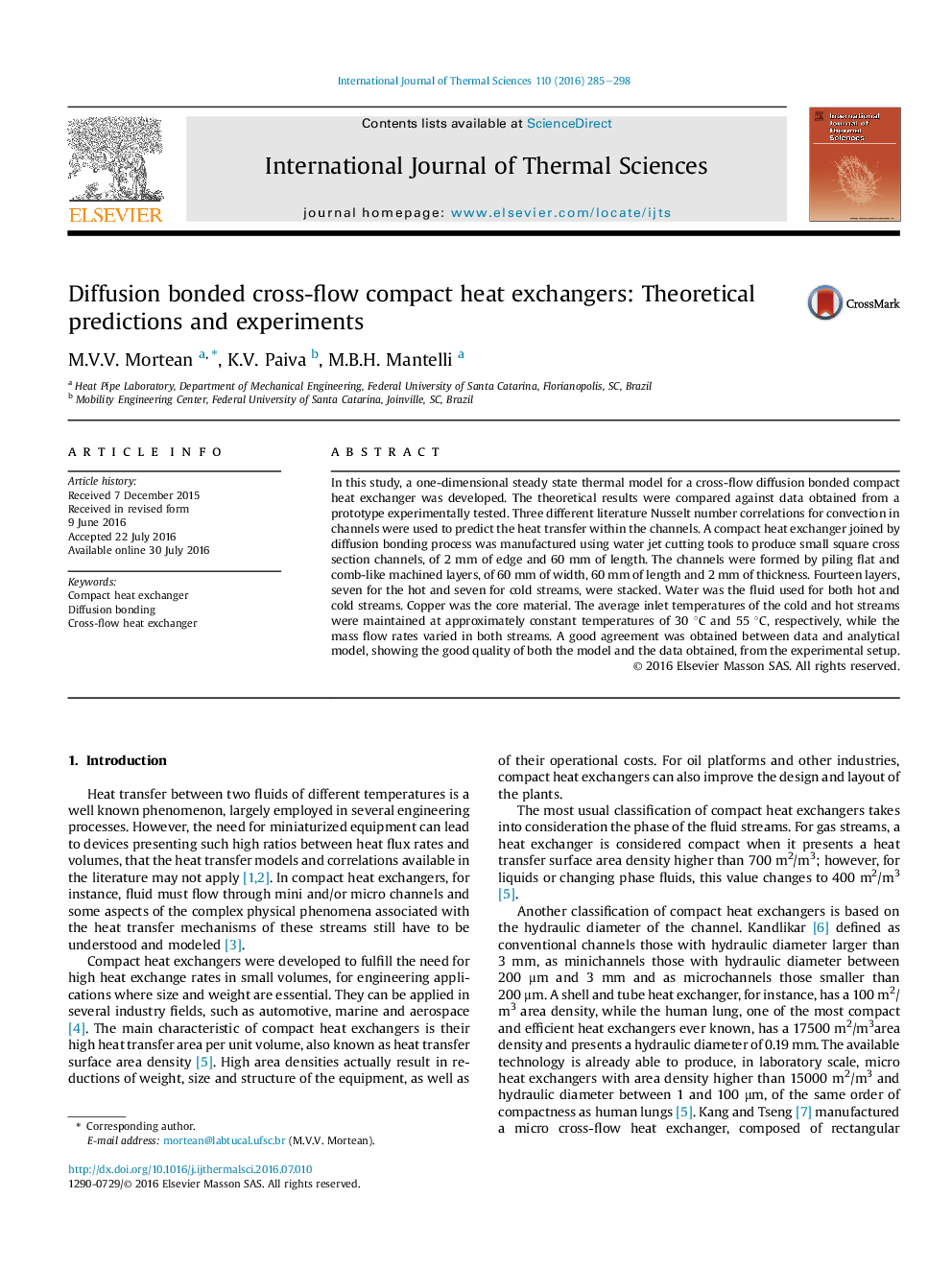 In this study, a one-dimensional steady state thermal model for a cross-flow diffusion bonded compact heat exchanger was developed. The theoretical results were compared against data obtained from a prototype experimentally tested. Three different literature Nusselt number correlations for convection in channels were used to predict the heat transfer within the channels. A compact heat exchanger joined by diffusion bonding process was manufactured using water jet cutting tools to produce small square cross section channels, of 2 mm of edge and 60 mm of length. The channels were formed by piling flat and comb-like machined layers, of 60 mm of width, 60 mm of length and 2 mm of thickness. Fourteen layers, seven for the hot and seven for cold streams, were stacked. Water was the fluid used for both hot and cold streams. Copper was the core material. The average inlet temperatures of the cold and hot streams were maintained at approximately constant temperatures of 30 °C and 55 °C, respectively, while the mass flow rates varied in both streams. A good agreement was obtained between data and analytical model, showing the good quality of both the model and the data obtained, from the experimental setup.