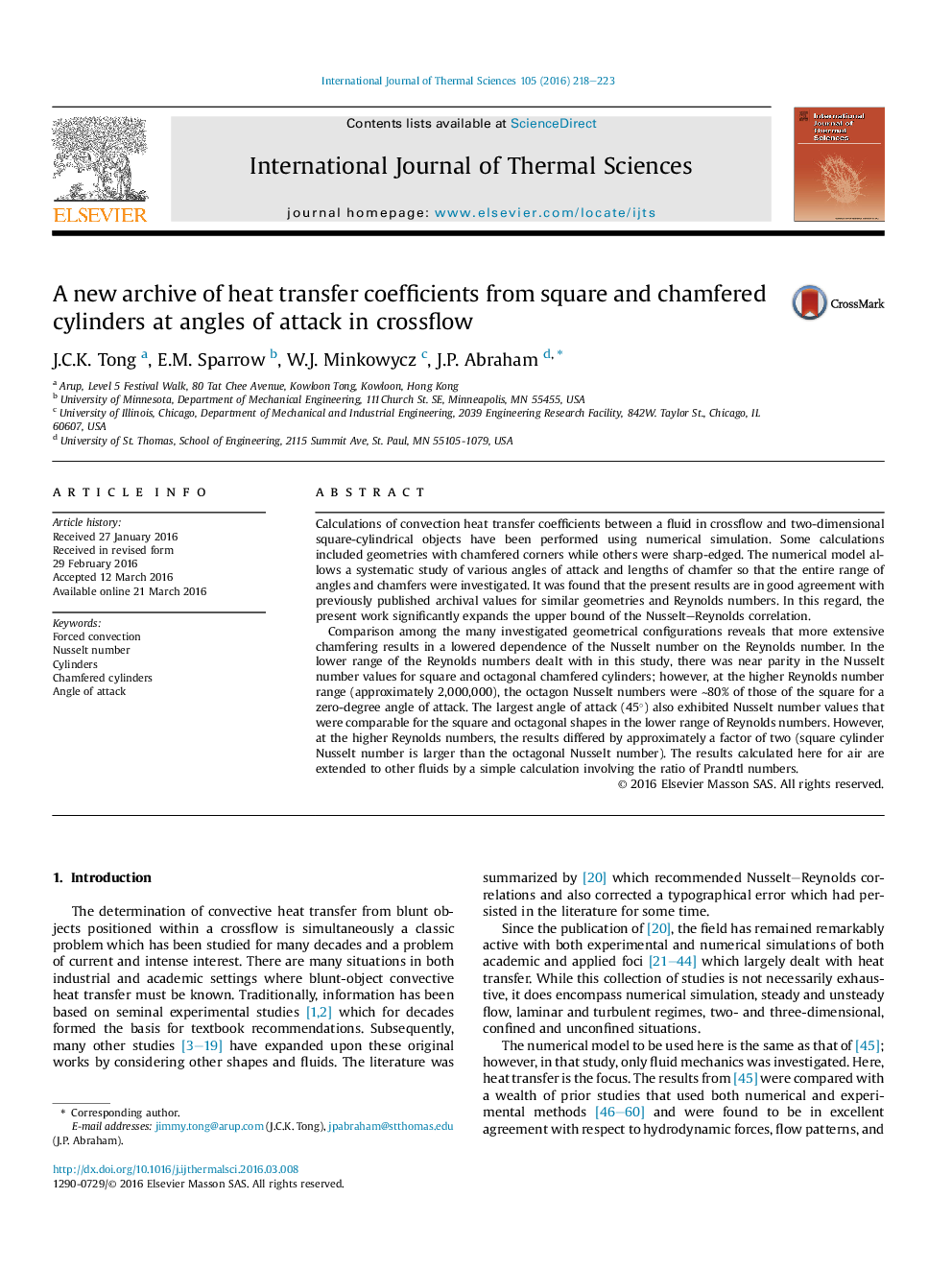 Calculations of convection heat transfer coefficients between a fluid in crossflow and two-dimensional square-cylindrical objects have been performed using numerical simulation. Some calculations included geometries with chamfered corners while others were sharp-edged. The numerical model allows a systematic study of various angles of attack and lengths of chamfer so that the entire range of angles and chamfers were investigated. It was found that the present results are in good agreement with previously published archival values for similar geometries and Reynolds numbers. In this regard, the present work significantly expands the upper bound of the Nusselt–Reynolds correlation.Comparison among the many investigated geometrical configurations reveals that more extensive chamfering results in a lowered dependence of the Nusselt number on the Reynolds number. In the lower range of the Reynolds numbers dealt with in this study, there was near parity in the Nusselt number values for square and octagonal chamfered cylinders; however, at the higher Reynolds number range (approximately 2,000,000), the octagon Nusselt numbers were ∼80% of those of the square for a zero-degree angle of attack. The largest angle of attack (45°) also exhibited Nusselt number values that were comparable for the square and octagonal shapes in the lower range of Reynolds numbers. However, at the higher Reynolds numbers, the results differed by approximately a factor of two (square cylinder Nusselt number is larger than the octagonal Nusselt number). The results calculated here for air are extended to other fluids by a simple calculation involving the ratio of Prandtl numbers.