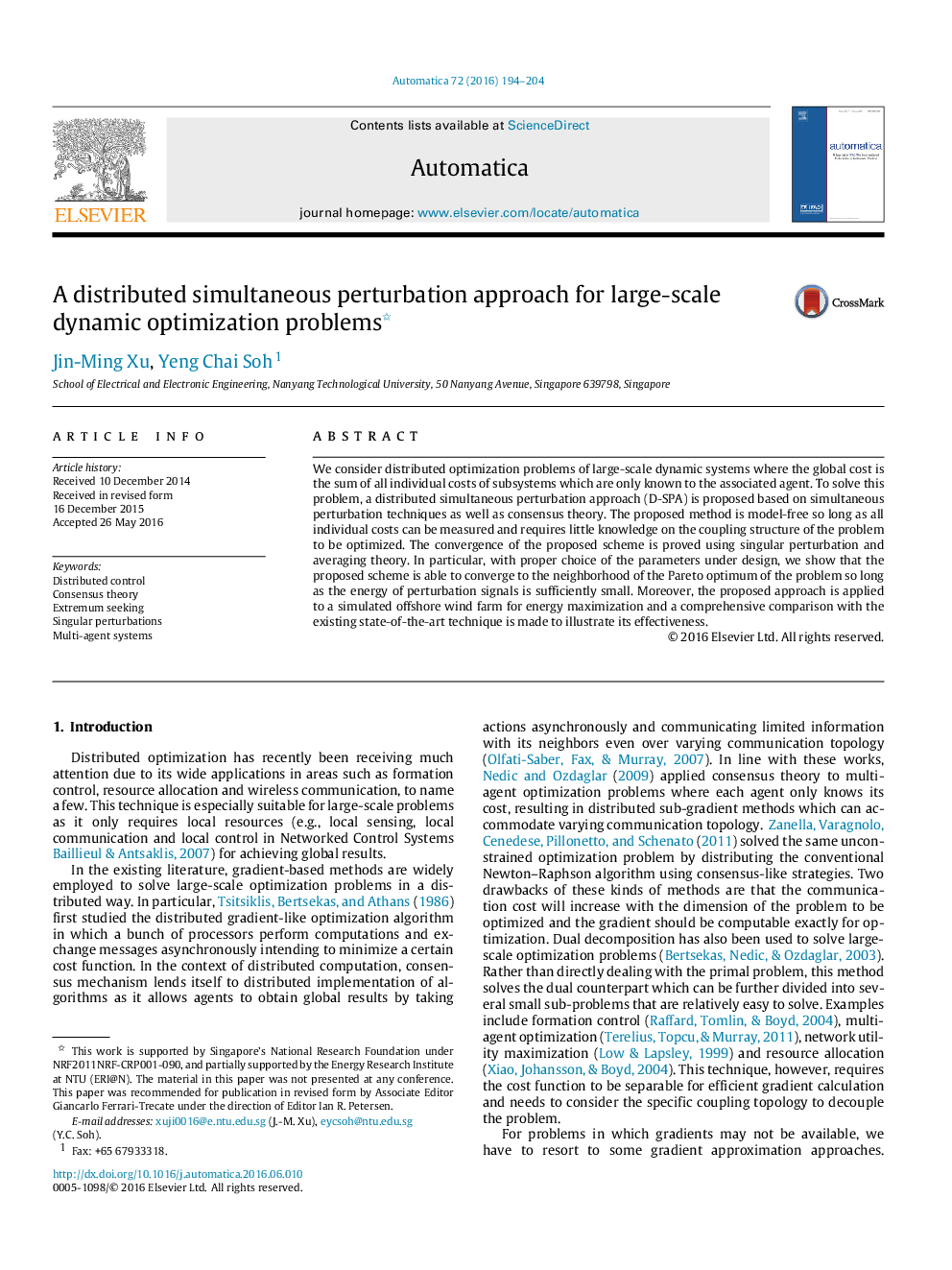 We consider distributed optimization problems of large-scale dynamic systems where the global cost is the sum of all individual costs of subsystems which are only known to the associated agent. To solve this problem, a distributed simultaneous perturbation approach (D-SPA) is proposed based on simultaneous perturbation techniques as well as consensus theory. The proposed method is model-free so long as all individual costs can be measured and requires little knowledge on the coupling structure of the problem to be optimized. The convergence of the proposed scheme is proved using singular perturbation and averaging theory. In particular, with proper choice of the parameters under design, we show that the proposed scheme is able to converge to the neighborhood of the Pareto optimum of the problem so long as the energy of perturbation signals is sufficiently small. Moreover, the proposed approach is applied to a simulated offshore wind farm for energy maximization and a comprehensive comparison with the existing state-of-the-art technique is made to illustrate its effectiveness.