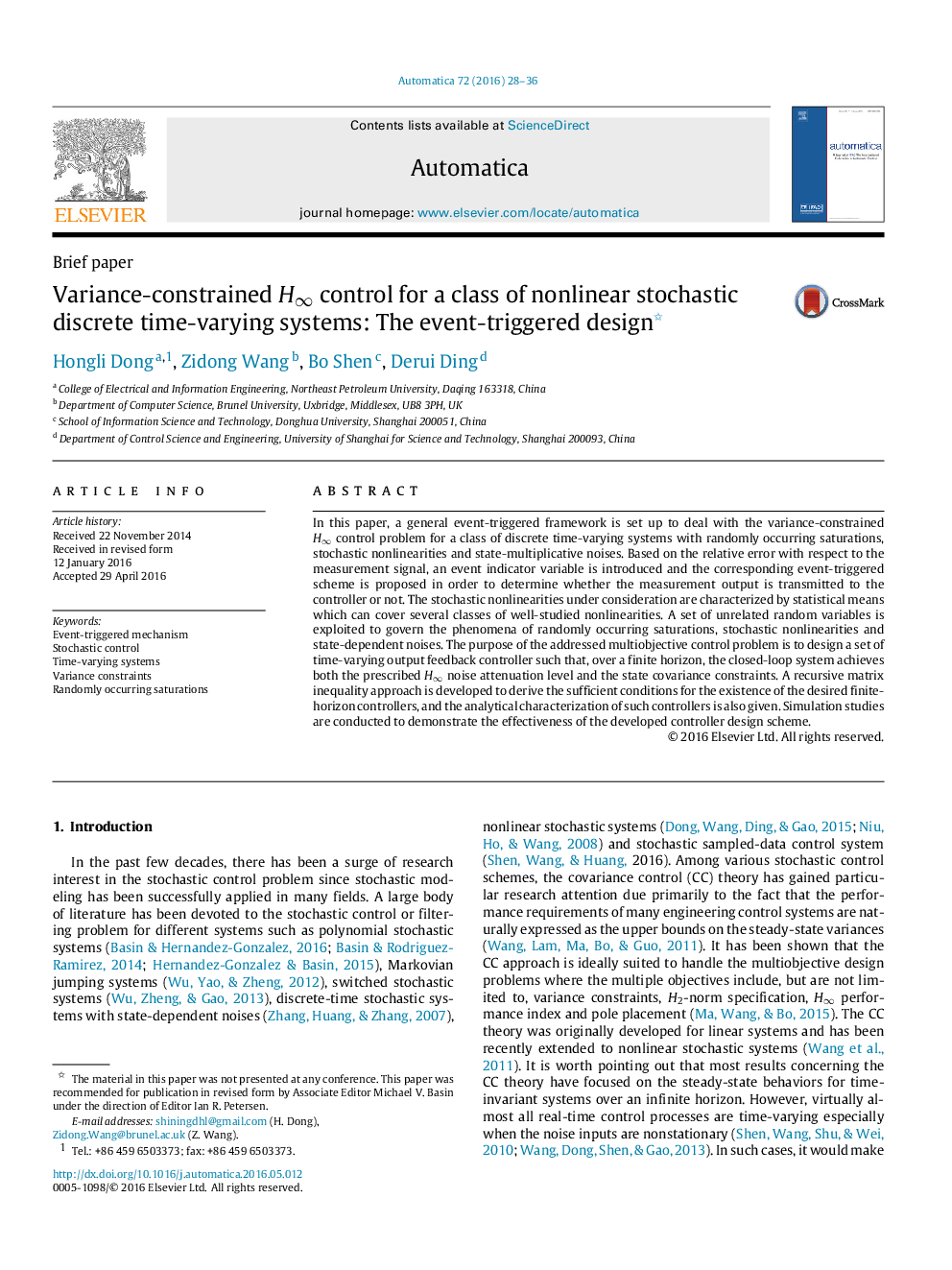 In this paper, a general event-triggered framework is set up to deal with the variance-constrained H∞H∞ control problem for a class of discrete time-varying systems with randomly occurring saturations, stochastic nonlinearities and state-multiplicative noises. Based on the relative error with respect to the measurement signal, an event indicator variable is introduced and the corresponding event-triggered scheme is proposed in order to determine whether the measurement output is transmitted to the controller or not. The stochastic nonlinearities under consideration are characterized by statistical means which can cover several classes of well-studied nonlinearities. A set of unrelated random variables is exploited to govern the phenomena of randomly occurring saturations, stochastic nonlinearities and state-dependent noises. The purpose of the addressed multiobjective control problem is to design a set of time-varying output feedback controller such that, over a finite horizon, the closed-loop system achieves both the prescribed H∞H∞ noise attenuation level and the state covariance constraints. A recursive matrix inequality approach is developed to derive the sufficient conditions for the existence of the desired finite-horizon controllers, and the analytical characterization of such controllers is also given. Simulation studies are conducted to demonstrate the effectiveness of the developed controller design scheme.