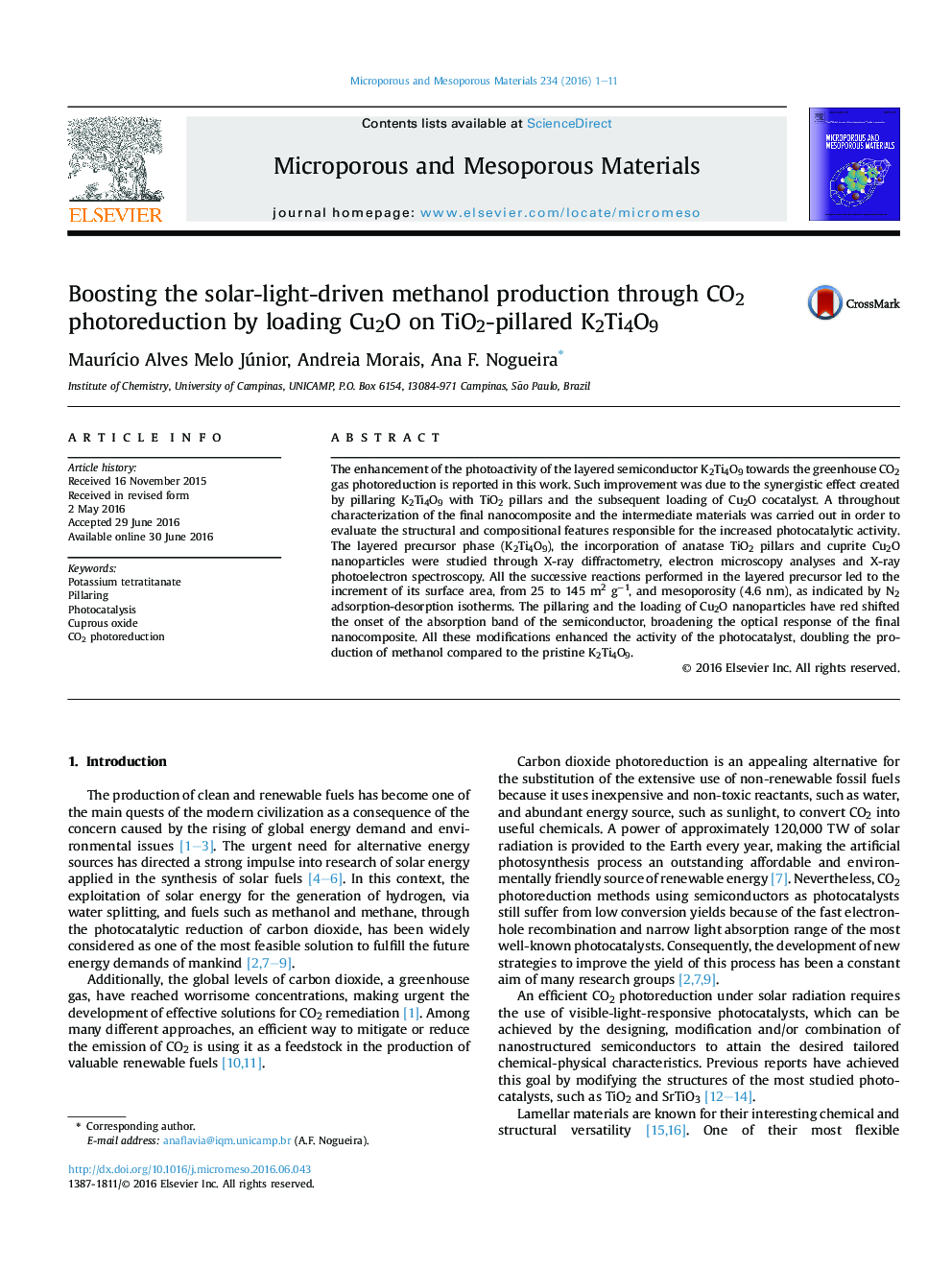 • The photocatalyst K2Ti4O9 was pillared with anatase to form a mesoporous solid.
• The mesoporous material was decorated with Cu2O nanoparticles.
• Pillaring enhanced the surface area and mesoporosity of the semiconductor.
• The visible light harvesting was improved by loading cuprite Cu2O.
• The final nanocomposite boosted the production of methanol from CO2 photoreduction.

The enhancement of the photoactivity of the layered semiconductor K2Ti4O9 towards the greenhouse CO2 gas photoreduction is reported in this work. Such improvement was due to the synergistic effect created by pillaring K2Ti4O9 with TiO2 pillars and the subsequent loading of Cu2O cocatalyst. A throughout characterization of the final nanocomposite and the intermediate materials was carried out in order to evaluate the structural and compositional features responsible for the increased photocatalytic activity. The layered precursor phase (K2Ti4O9), the incorporation of anatase TiO2 pillars and cuprite Cu2O nanoparticles were studied through X-ray diffractometry, electron microscopy analyses and X-ray photoelectron spectroscopy. All the successive reactions performed in the layered precursor led to the increment of its surface area, from 25 to 145 m2 g−1, and mesoporosity (4.6 nm), as indicated by N2 adsorption-desorption isotherms. The pillaring and the loading of Cu2O nanoparticles have red shifted the onset of the absorption band of the semiconductor, broadening the optical response of the final nanocomposite. All these modifications enhanced the activity of the photocatalyst, doubling the production of methanol compared to the pristine K2Ti4O9.