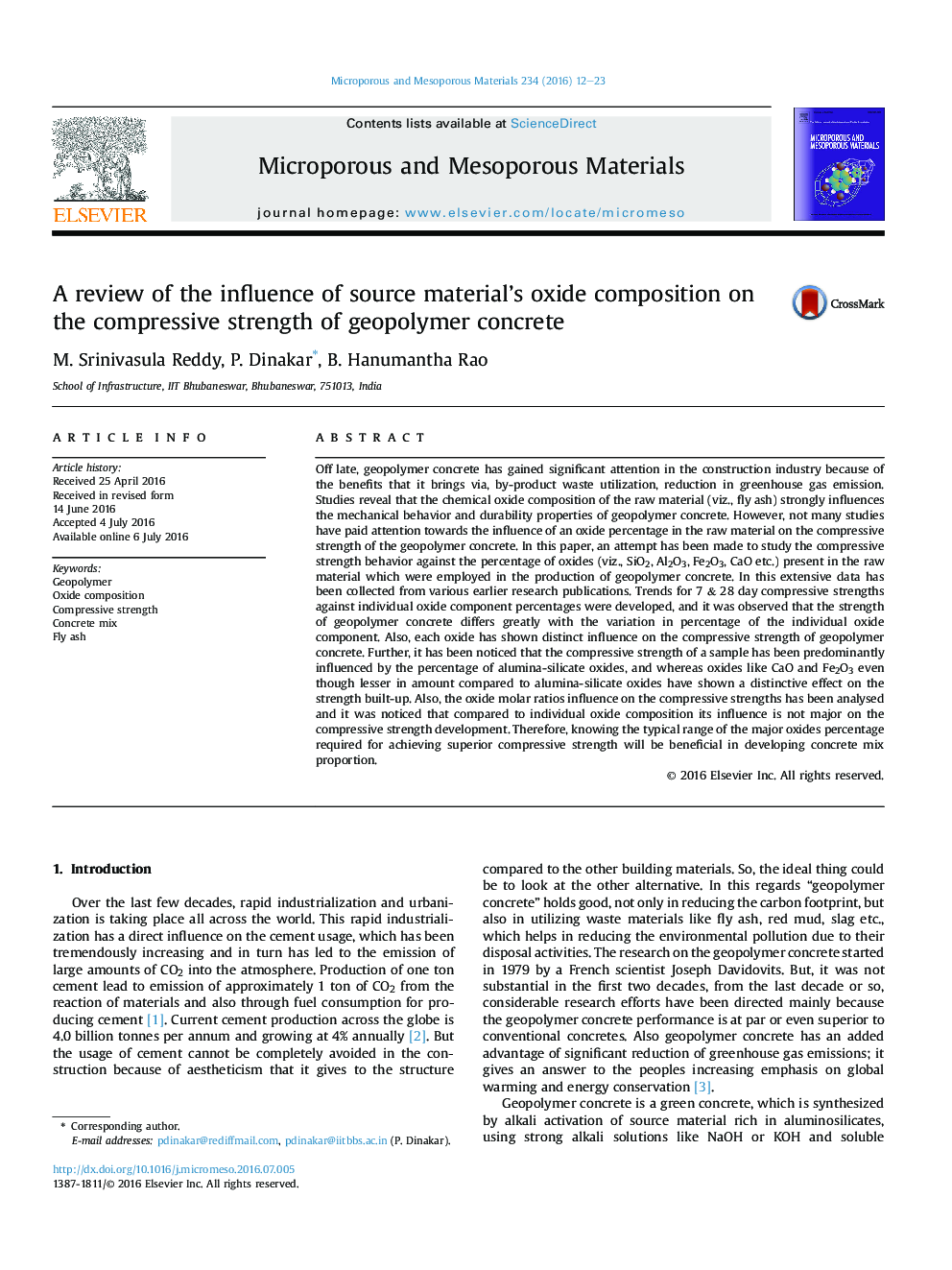 • Relation between the material’s oxide composition and the strength is studied.
• Typical range of the major oxides for producing good geopolymer concretes has been found.
• Validation of the findings from the literature survey with the experimental work has been made.