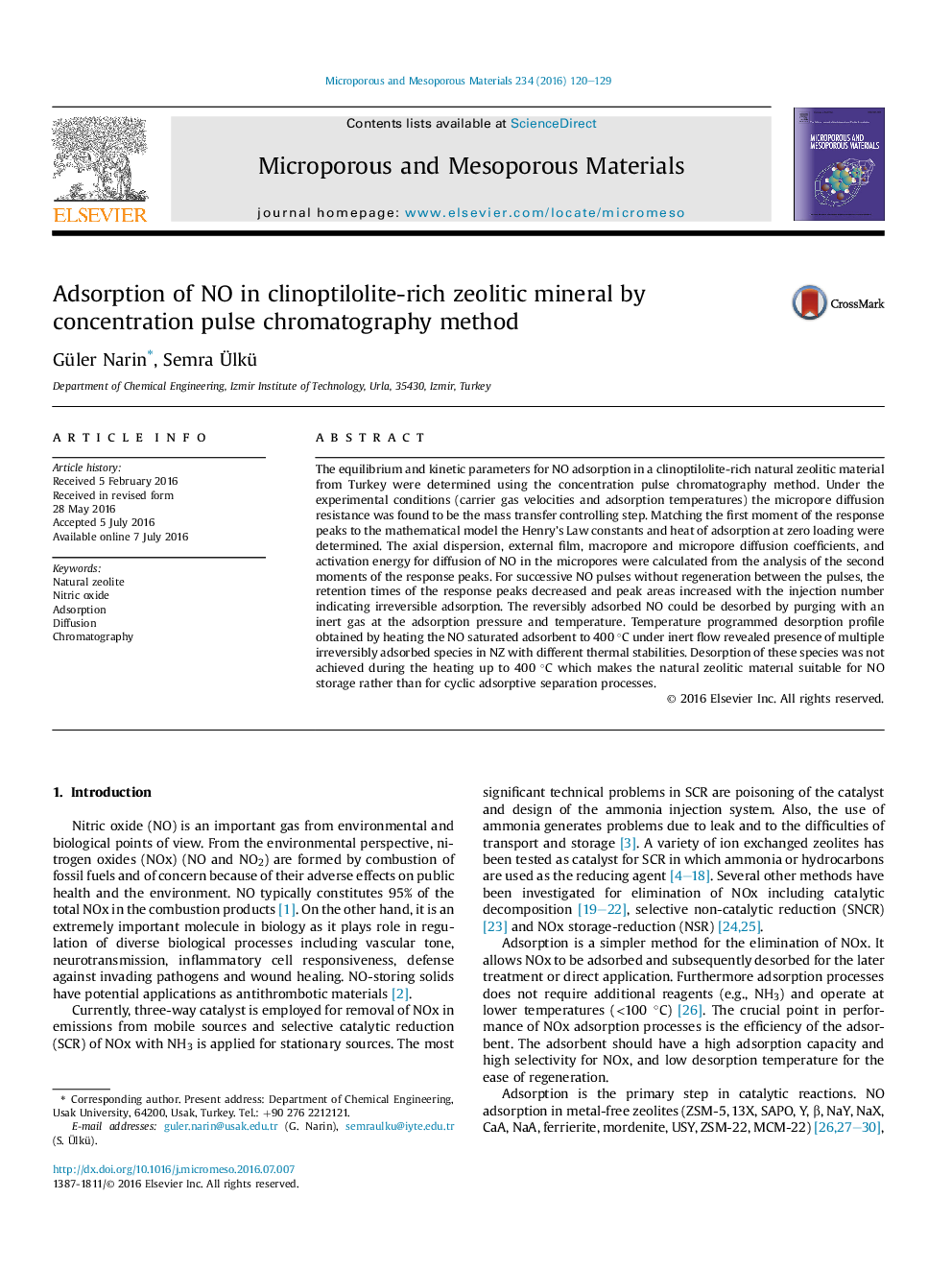 • NO adsorption in clinoptilolite-rich natural zeolite was studied by chromatography.
• Henry’s Law constants and adsorption heat were determined from the first moments.
• Individual mass transfer resistances were determined from the second moments.
• TPD spectrum up to 400 °C revealed multiple strongly adsorbed species.
• Strongly adsorbed species could not be desorbed upon heating to 400 °C.

The equilibrium and kinetic parameters for NO adsorption in a clinoptilolite-rich natural zeolitic material from Turkey were determined using the concentration pulse chromatography method. Under the experimental conditions (carrier gas velocities and adsorption temperatures) the micropore diffusion resistance was found to be the mass transfer controlling step. Matching the first moment of the response peaks to the mathematical model the Henry’s Law constants and heat of adsorption at zero loading were determined. The axial dispersion, external film, macropore and micropore diffusion coefficients, and activation energy for diffusion of NO in the micropores were calculated from the analysis of the second moments of the response peaks. For successive NO pulses without regeneration between the pulses, the retention times of the response peaks decreased and peak areas increased with the injection number indicating irreversible adsorption. The reversibly adsorbed NO could be desorbed by purging with an inert gas at the adsorption pressure and temperature. Temperature programmed desorption profile obtained by heating the NO saturated adsorbent to 400 °C under inert flow revealed presence of multiple irreversibly adsorbed species in NZ with different thermal stabilities. Desorption of these species was not achieved during the heating up to 400 °C which makes the natural zeolitic materıal suitable for NO storage rather than for cyclic adsorptive separation processes.