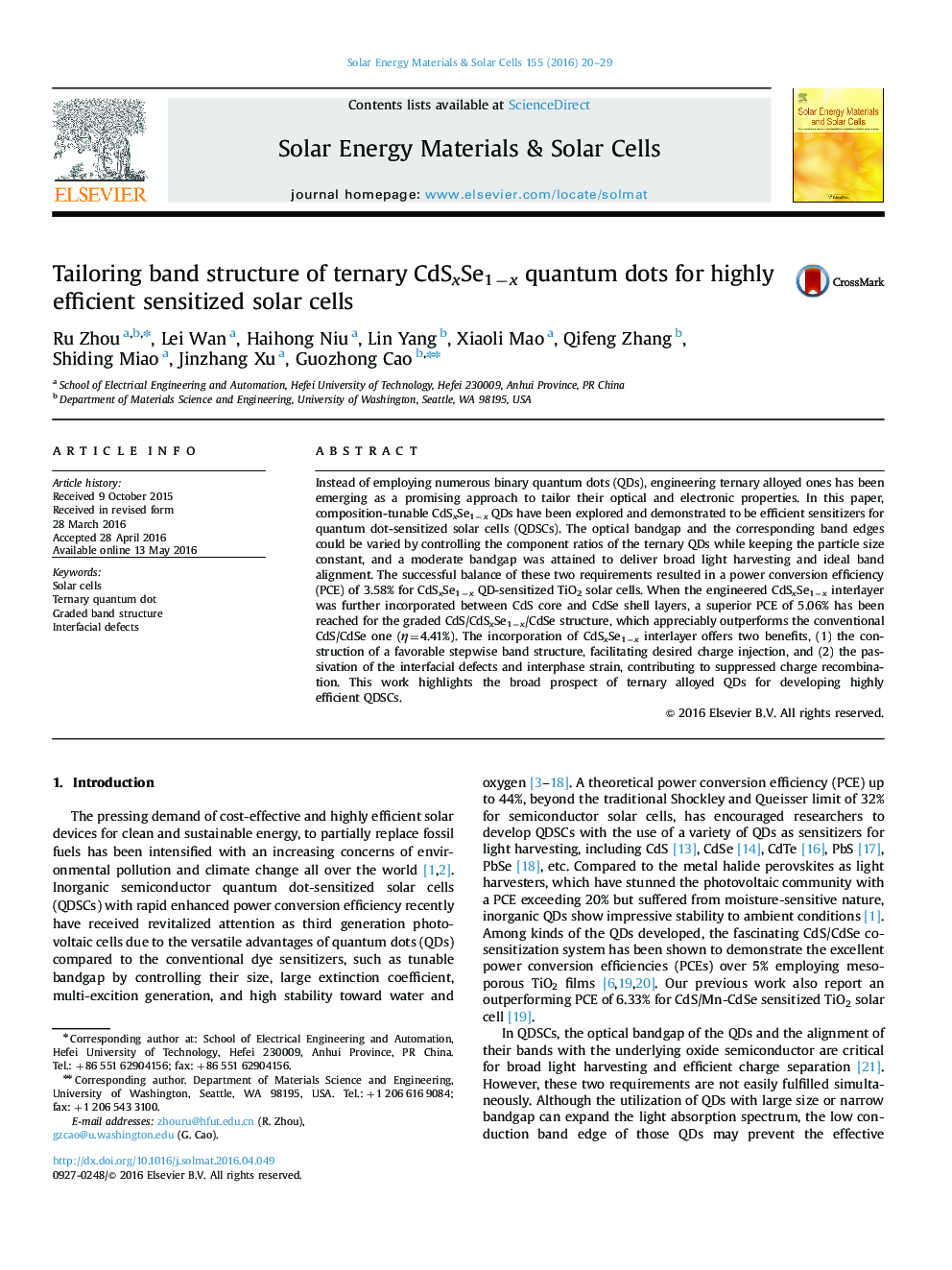 • This work highlights the broad prospect of ternary QDs for highly efficient QDSCs.
• The band structure of CdSxSe1−x can be tailored by controlling the component ratio.
• A superior PCE of 5.06% has been reached for graded CdS/CdSxSe1−x/CdSe structure.

Instead of employing numerous binary quantum dots (QDs), engineering ternary alloyed ones has been emerging as a promising approach to tailor their optical and electronic properties. In this paper, composition-tunable CdSxSe1−x QDs have been explored and demonstrated to be efficient sensitizers for quantum dot-sensitized solar cells (QDSCs). The optical bandgap and the corresponding band edges could be varied by controlling the component ratios of the ternary QDs while keeping the particle size constant, and a moderate bandgap was attained to deliver broad light harvesting and ideal band alignment. The successful balance of these two requirements resulted in a power conversion efficiency (PCE) of 3.58% for CdSxSe1−x QD-sensitized TiO2 solar cells. When the engineered CdSxSe1−x interlayer was further incorporated between CdS core and CdSe shell layers, a superior PCE of 5.06% has been reached for the graded CdS/CdSxSe1−x/CdSe structure, which appreciably outperforms the conventional CdS/CdSe one (η=4.41%). The incorporation of CdSxSe1−x interlayer offers two benefits, (1) the construction of a favorable stepwise band structure, facilitating desired charge injection, and (2) the passivation of the interfacial defects and interphase strain, contributing to suppressed charge recombination. This work highlights the broad prospect of ternary alloyed QDs for developing highly efficient QDSCs.