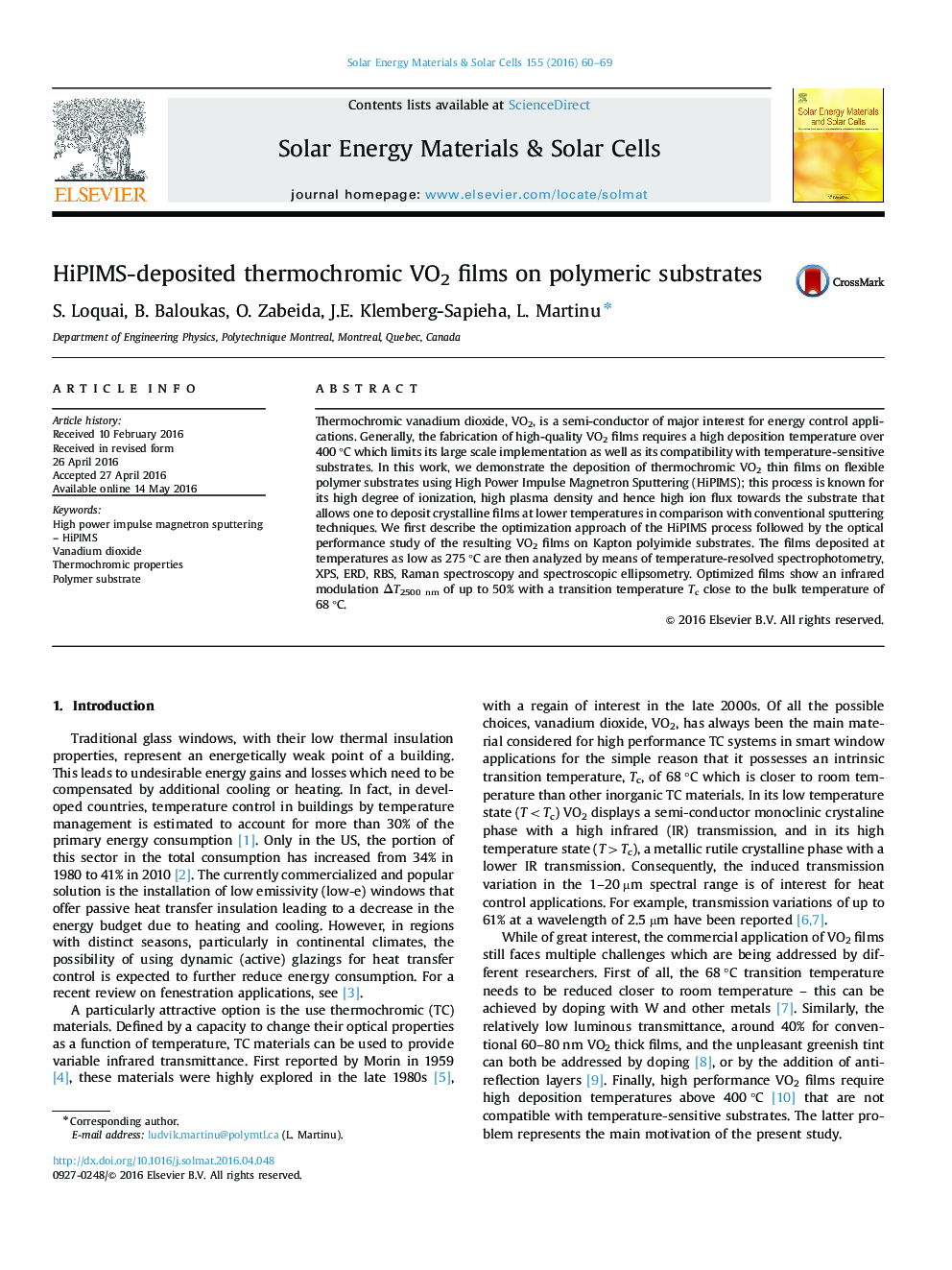 • HiPIMS deposition of thermochromic VO2.
• Active VO2 on polymer substrate with ΔT2500 nm of up to 47%.
• Active material with deposition temperature as low as 275 °C.

Thermochromic vanadium dioxide, VO2, is a semi-conductor of major interest for energy control applications. Generally, the fabrication of high-quality VO2 films requires a high deposition temperature over 400 °C which limits its large scale implementation as well as its compatibility with temperature-sensitive substrates. In this work, we demonstrate the deposition of thermochromic VO2 thin films on flexible polymer substrates using High Power Impulse Magnetron Sputtering (HiPIMS); this process is known for its high degree of ionization, high plasma density and hence high ion flux towards the substrate that allows one to deposit crystalline films at lower temperatures in comparison with conventional sputtering techniques. We first describe the optimization approach of the HiPIMS process followed by the optical performance study of the resulting VO2 films on Kapton polyimide substrates. The films deposited at temperatures as low as 275 °C are then analyzed by means of temperature-resolved spectrophotometry, XPS, ERD, RBS, Raman spectroscopy and spectroscopic ellipsometry. Optimized films show an infrared modulation ΔT2500 nm of up to 50% with a transition temperature Tc close to the bulk temperature of 68 °C.