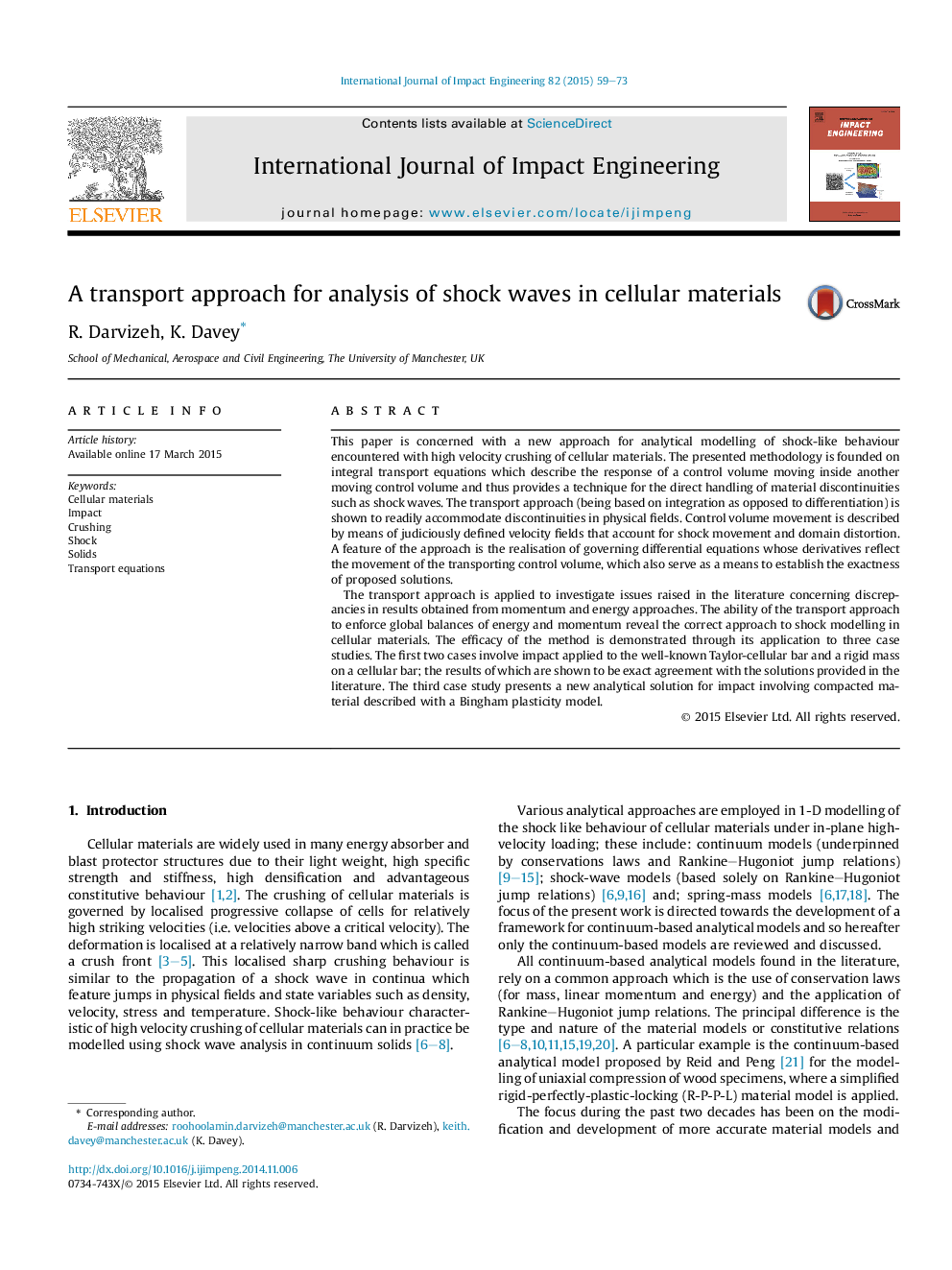 • The establishment of a mathematical formulation for the analysis of discontinuous shock physics on deforming moving domains.
• The new formulation links control volume movement to both transport and partial differential formulations.
• The new approach is applied to shock problems to reveal analytical solutions to seen and unseen problems.
• The new methodology provides insight into an unresolved issue with momentum and energy solutions.

This paper is concerned with a new approach for analytical modelling of shock-like behaviour encountered with high velocity crushing of cellular materials. The presented methodology is founded on integral transport equations which describe the response of a control volume moving inside another moving control volume and thus provides a technique for the direct handling of material discontinuities such as shock waves. The transport approach (being based on integration as opposed to differentiation) is shown to readily accommodate discontinuities in physical fields. Control volume movement is described by means of judiciously defined velocity fields that account for shock movement and domain distortion. A feature of the approach is the realisation of governing differential equations whose derivatives reflect the movement of the transporting control volume, which also serve as a means to establish the exactness of proposed solutions.The transport approach is applied to investigate issues raised in the literature concerning discrepancies in results obtained from momentum and energy approaches. The ability of the transport approach to enforce global balances of energy and momentum reveal the correct approach to shock modelling in cellular materials. The efficacy of the method is demonstrated through its application to three case studies. The first two cases involve impact applied to the well-known Taylor-cellular bar and a rigid mass on a cellular bar; the results of which are shown to be exact agreement with the solutions provided in the literature. The third case study presents a new analytical solution for impact involving compacted material described with a Bingham plasticity model.