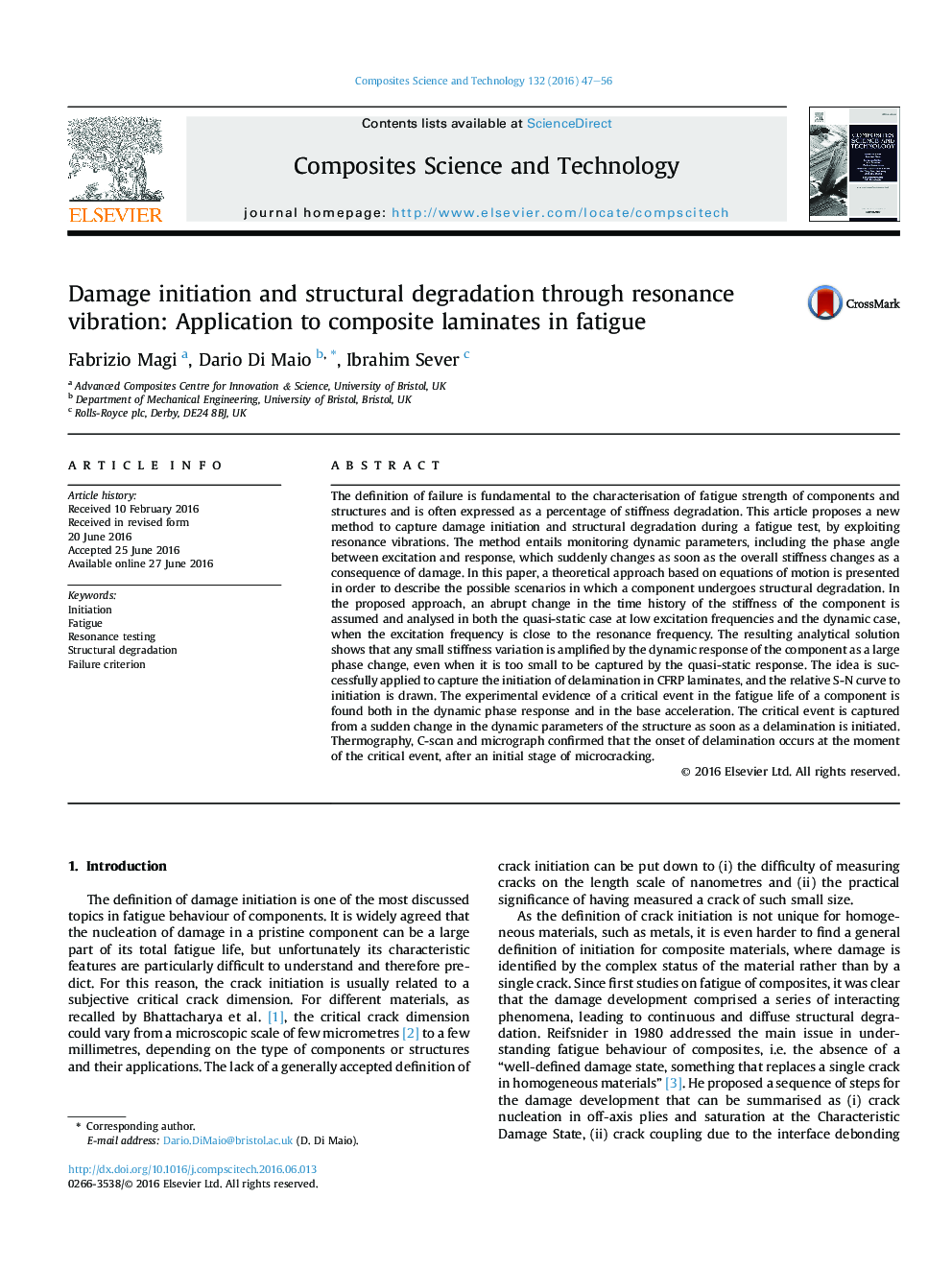 The definition of failure is fundamental to the characterisation of fatigue strength of components and structures and is often expressed as a percentage of stiffness degradation. This article proposes a new method to capture damage initiation and structural degradation during a fatigue test, by exploiting resonance vibrations. The method entails monitoring dynamic parameters, including the phase angle between excitation and response, which suddenly changes as soon as the overall stiffness changes as a consequence of damage. In this paper, a theoretical approach based on equations of motion is presented in order to describe the possible scenarios in which a component undergoes structural degradation. In the proposed approach, an abrupt change in the time history of the stiffness of the component is assumed and analysed in both the quasi-static case at low excitation frequencies and the dynamic case, when the excitation frequency is close to the resonance frequency. The resulting analytical solution shows that any small stiffness variation is amplified by the dynamic response of the component as a large phase change, even when it is too small to be captured by the quasi-static response. The idea is successfully applied to capture the initiation of delamination in CFRP laminates, and the relative S-N curve to initiation is drawn. The experimental evidence of a critical event in the fatigue life of a component is found both in the dynamic phase response and in the base acceleration. The critical event is captured from a sudden change in the dynamic parameters of the structure as soon as a delamination is initiated. Thermography, C-scan and micrograph confirmed that the onset of delamination occurs at the moment of the critical event, after an initial stage of microcracking.