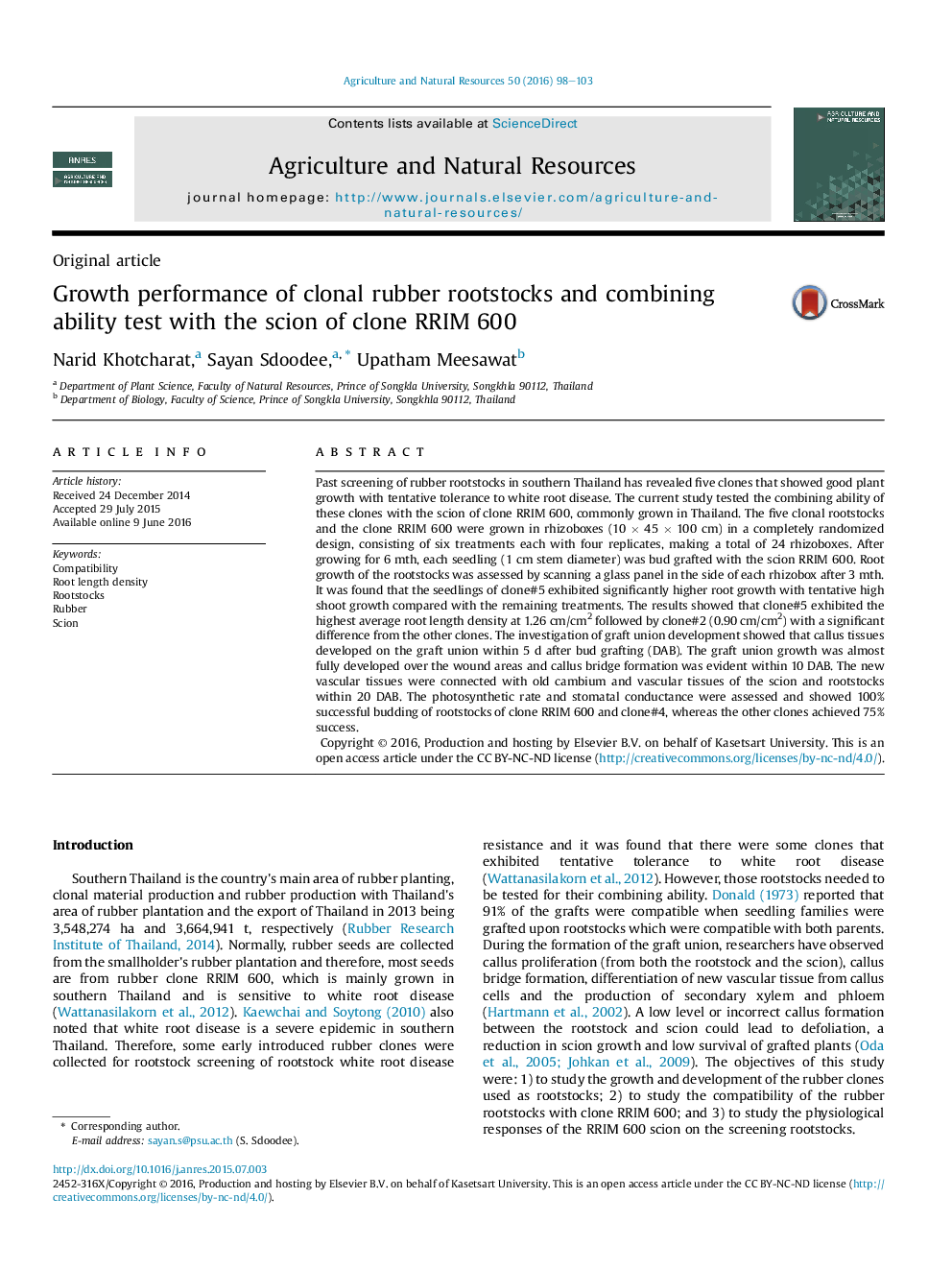 Past screening of rubber rootstocks in southern Thailand has revealed five clones that showed good plant growth with tentative tolerance to white root disease. The current study tested the combining ability of these clones with the scion of clone RRIM 600, commonly grown in Thailand. The five clonal rootstocks and the clone RRIM 600 were grown in rhizoboxes (10 × 45 × 100 cm) in a completely randomized design, consisting of six treatments each with four replicates, making a total of 24 rhizoboxes. After growing for 6 mth, each seedling (1 cm stem diameter) was bud grafted with the scion RRIM 600. Root growth of the rootstocks was assessed by scanning a glass panel in the side of each rhizobox after 3 mth. It was found that the seedlings of clone#5 exhibited significantly higher root growth with tentative high shoot growth compared with the remaining treatments. The results showed that clone#5 exhibited the highest average root length density at 1.26 cm/cm2 followed by clone#2 (0.90 cm/cm2) with a significant difference from the other clones. The investigation of graft union development showed that callus tissues developed on the graft union within 5 d after bud grafting (DAB). The graft union growth was almost fully developed over the wound areas and callus bridge formation was evident within 10 DAB. The new vascular tissues were connected with old cambium and vascular tissues of the scion and rootstocks within 20 DAB. The photosynthetic rate and stomatal conductance were assessed and showed 100% successful budding of rootstocks of clone RRIM 600 and clone#4, whereas the other clones achieved 75% success.