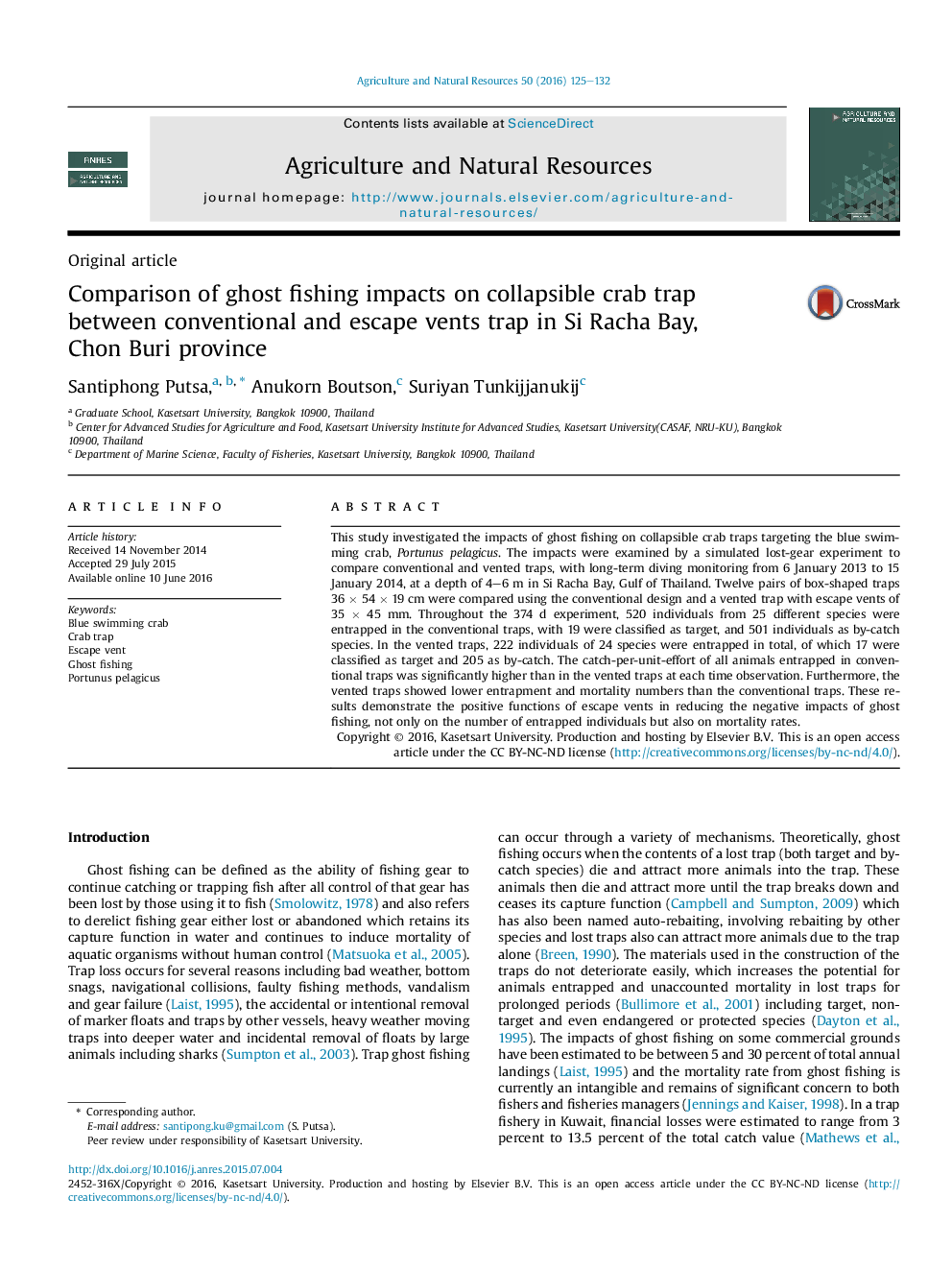 This study investigated the impacts of ghost fishing on collapsible crab traps targeting the blue swimming crab, Portunus pelagicus. The impacts were examined by a simulated lost-gear experiment to compare conventional and vented traps, with long-term diving monitoring from 6 January 2013 to 15 January 2014, at a depth of 4–6 m in Si Racha Bay, Gulf of Thailand. Twelve pairs of box-shaped traps 36 × 54 × 19 cm were compared using the conventional design and a vented trap with escape vents of 35 × 45 mm. Throughout the 374 d experiment, 520 individuals from 25 different species were entrapped in the conventional traps, with 19 were classified as target, and 501 individuals as by-catch species. In the vented traps, 222 individuals of 24 species were entrapped in total, of which 17 were classified as target and 205 as by-catch. The catch-per-unit-effort of all animals entrapped in conventional traps was significantly higher than in the vented traps at each time observation. Furthermore, the vented traps showed lower entrapment and mortality numbers than the conventional traps. These results demonstrate the positive functions of escape vents in reducing the negative impacts of ghost fishing, not only on the number of entrapped individuals but also on mortality rates.