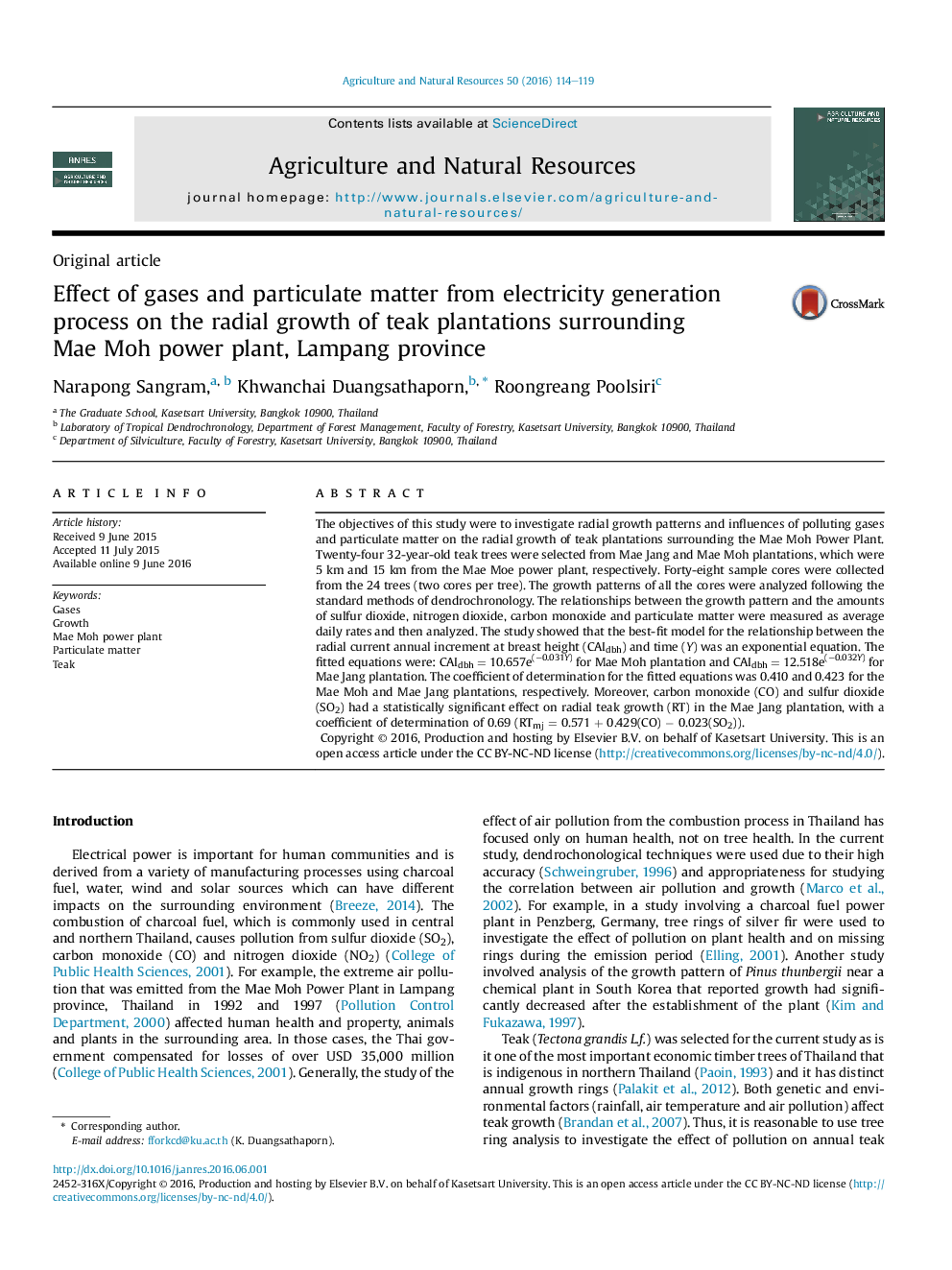 The objectives of this study were to investigate radial growth patterns and influences of polluting gases and particulate matter on the radial growth of teak plantations surrounding the Mae Moh Power Plant. Twenty-four 32-year-old teak trees were selected from Mae Jang and Mae Moh plantations, which were 5 km and 15 km from the Mae Moe power plant, respectively. Forty-eight sample cores were collected from the 24 trees (two cores per tree). The growth patterns of all the cores were analyzed following the standard methods of dendrochronology. The relationships between the growth pattern and the amounts of sulfur dioxide, nitrogen dioxide, carbon monoxide and particulate matter were measured as average daily rates and then analyzed. The study showed that the best-fit model for the relationship between the radial current annual increment at breast height (CAIdbh) and time (Y) was an exponential equation. The fitted equations were: CAIdbh = 10.657e(−0.031Y) for Mae Moh plantation and CAIdbh = 12.518e(−0.032Y) for Mae Jang plantation. The coefficient of determination for the fitted equations was 0.410 and 0.423 for the Mae Moh and Mae Jang plantations, respectively. Moreover, carbon monoxide (CO) and sulfur dioxide (SO2) had a statistically significant effect on radial teak growth (RT) in the Mae Jang plantation, with a coefficient of determination of 0.69 (RTmj = 0.571 + 0.429(CO) − 0.023(SO2)).