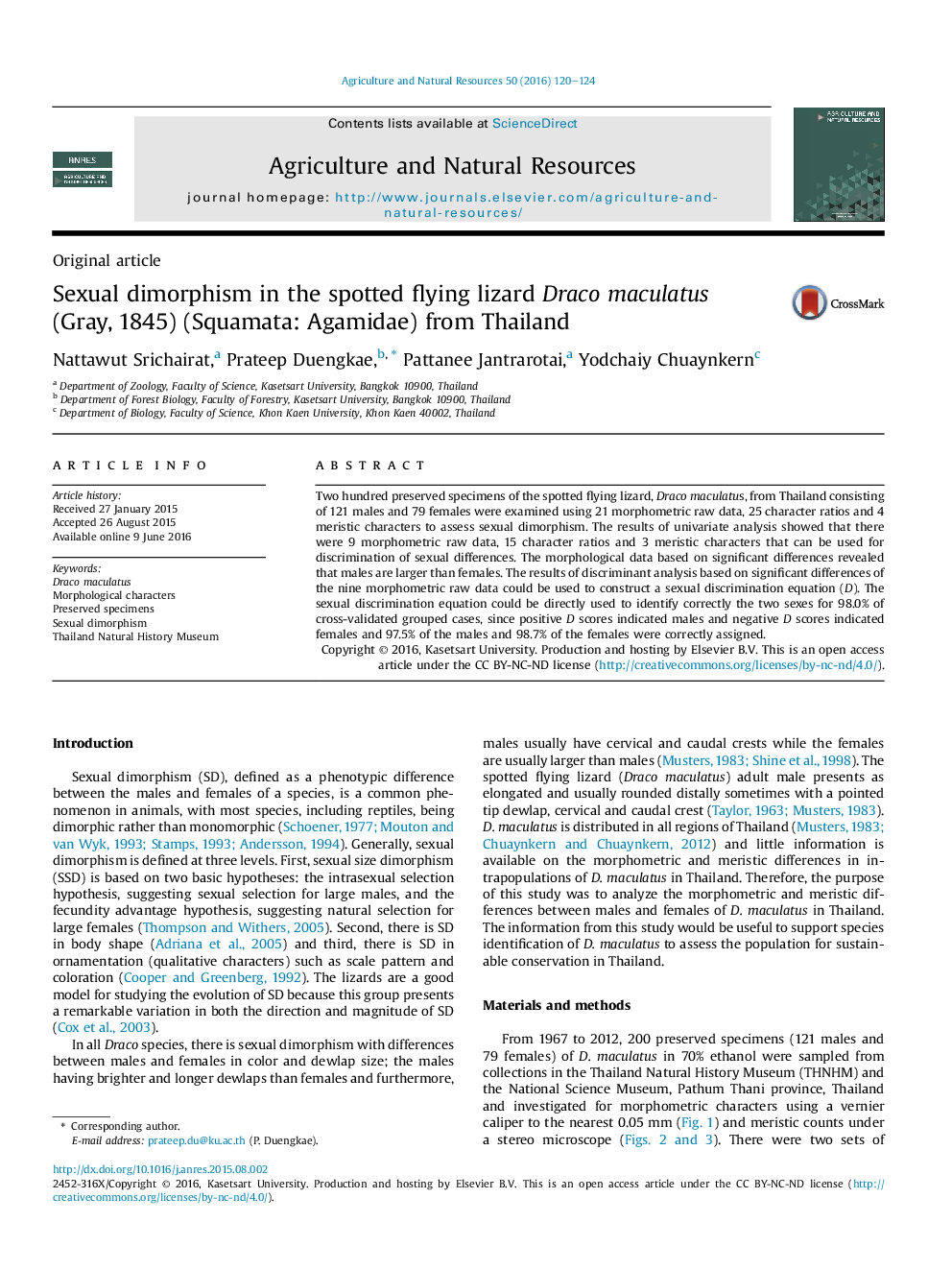 Two hundred preserved specimens of the spotted flying lizard, Draco maculatus, from Thailand consisting of 121 males and 79 females were examined using 21 morphometric raw data, 25 character ratios and 4 meristic characters to assess sexual dimorphism. The results of univariate analysis showed that there were 9 morphometric raw data, 15 character ratios and 3 meristic characters that can be used for discrimination of sexual differences. The morphological data based on significant differences revealed that males are larger than females. The results of discriminant analysis based on significant differences of the nine morphometric raw data could be used to construct a sexual discrimination equation (D). The sexual discrimination equation could be directly used to identify correctly the two sexes for 98.0% of cross-validated grouped cases, since positive D scores indicated males and negative D scores indicated females and 97.5% of the males and 98.7% of the females were correctly assigned.