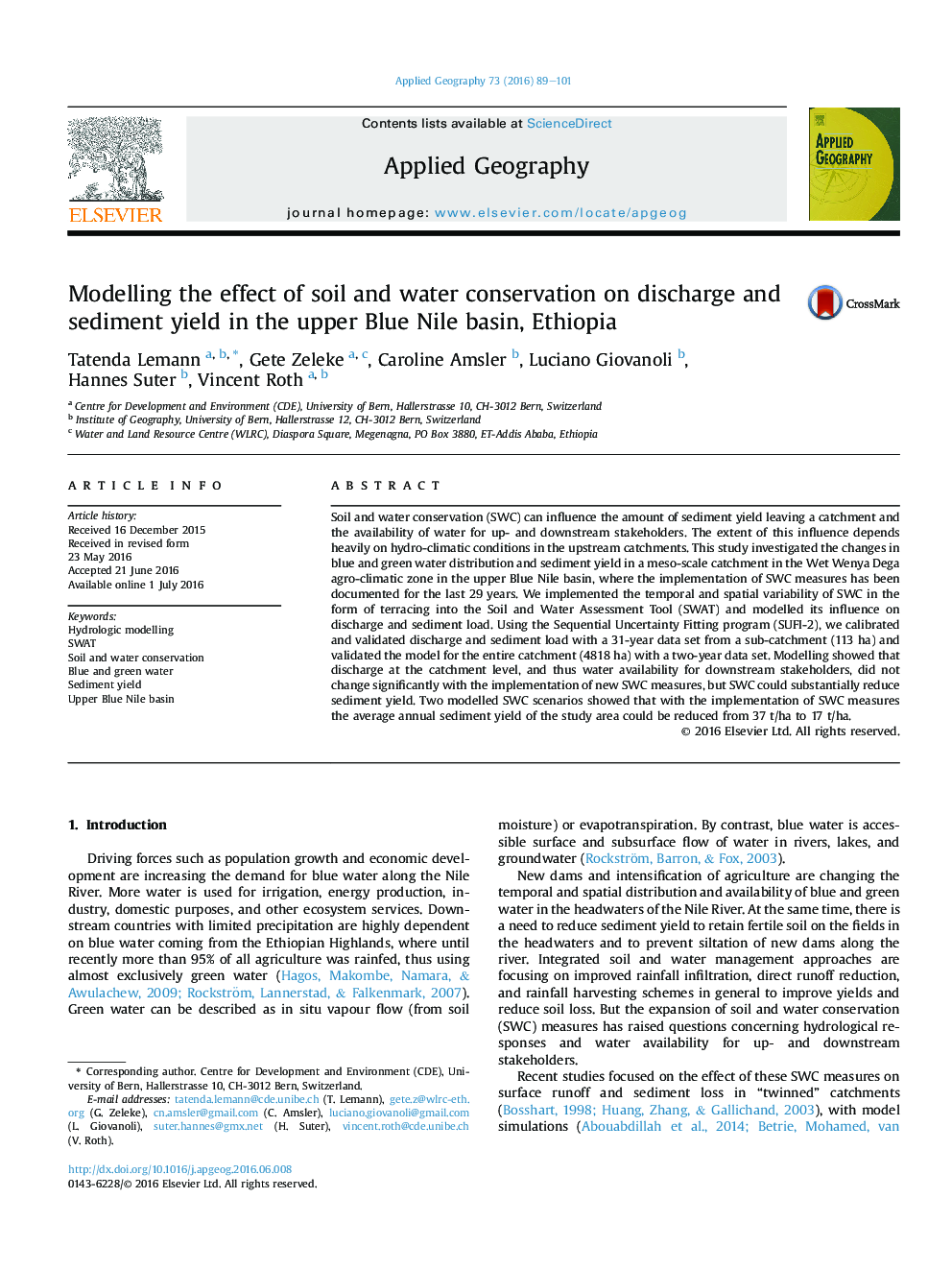 Soil and water conservation (SWC) can influence the amount of sediment yield leaving a catchment and the availability of water for up- and downstream stakeholders. The extent of this influence depends heavily on hydro-climatic conditions in the upstream catchments. This study investigated the changes in blue and green water distribution and sediment yield in a meso-scale catchment in the Wet Wenya Dega agro-climatic zone in the upper Blue Nile basin, where the implementation of SWC measures has been documented for the last 29 years. We implemented the temporal and spatial variability of SWC in the form of terracing into the Soil and Water Assessment Tool (SWAT) and modelled its influence on discharge and sediment load. Using the Sequential Uncertainty Fitting program (SUFI-2), we calibrated and validated discharge and sediment load with a 31-year data set from a sub-catchment (113 ha) and validated the model for the entire catchment (4818 ha) with a two-year data set. Modelling showed that discharge at the catchment level, and thus water availability for downstream stakeholders, did not change significantly with the implementation of new SWC measures, but SWC could substantially reduce sediment yield. Two modelled SWC scenarios showed that with the implementation of SWC measures the average annual sediment yield of the study area could be reduced from 37 t/ha to 17 t/ha.