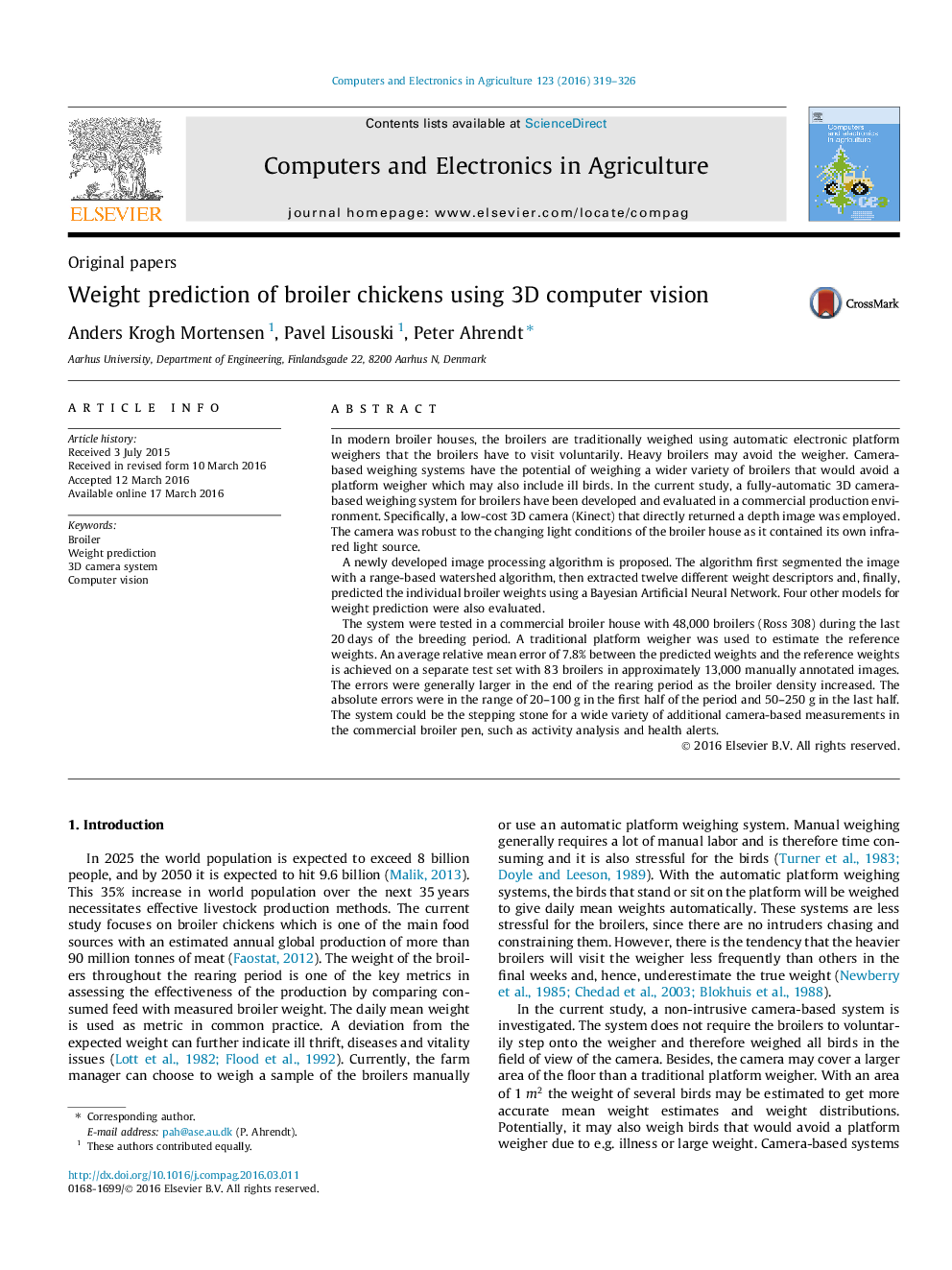 In modern broiler houses, the broilers are traditionally weighed using automatic electronic platform weighers that the broilers have to visit voluntarily. Heavy broilers may avoid the weigher. Camera-based weighing systems have the potential of weighing a wider variety of broilers that would avoid a platform weigher which may also include ill birds. In the current study, a fully-automatic 3D camera-based weighing system for broilers have been developed and evaluated in a commercial production environment. Specifically, a low-cost 3D camera (Kinect) that directly returned a depth image was employed. The camera was robust to the changing light conditions of the broiler house as it contained its own infrared light source.A newly developed image processing algorithm is proposed. The algorithm first segmented the image with a range-based watershed algorithm, then extracted twelve different weight descriptors and, finally, predicted the individual broiler weights using a Bayesian Artificial Neural Network. Four other models for weight prediction were also evaluated.The system were tested in a commercial broiler house with 48,000 broilers (Ross 308) during the last 20 days of the breeding period. A traditional platform weigher was used to estimate the reference weights. An average relative mean error of 7.8% between the predicted weights and the reference weights is achieved on a separate test set with 83 broilers in approximately 13,000 manually annotated images. The errors were generally larger in the end of the rearing period as the broiler density increased. The absolute errors were in the range of 20–100 g in the first half of the period and 50–250 g in the last half. The system could be the stepping stone for a wide variety of additional camera-based measurements in the commercial broiler pen, such as activity analysis and health alerts.