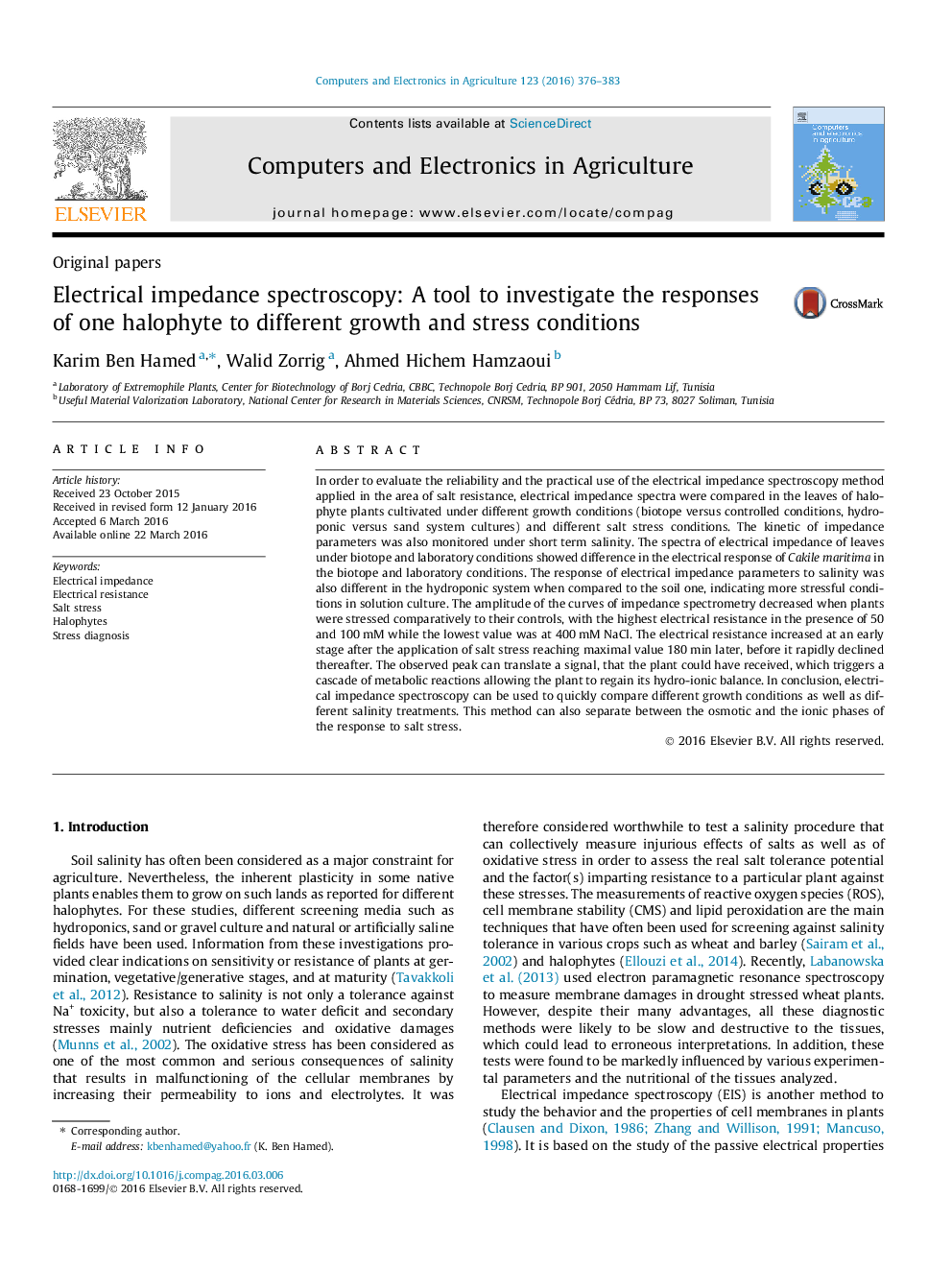 • The response of halophytes to salt stress was investigated by electrical impedance spectroscopy (EIS).
• EIS can be used to quickly compare between different growth condition and different salinity treatments.
• EIS is useful to study signaling and short-term responses to salinity.
• EIS might be applied as a suitable method for assessing salt resistance of plants without damaging effects on tissues.