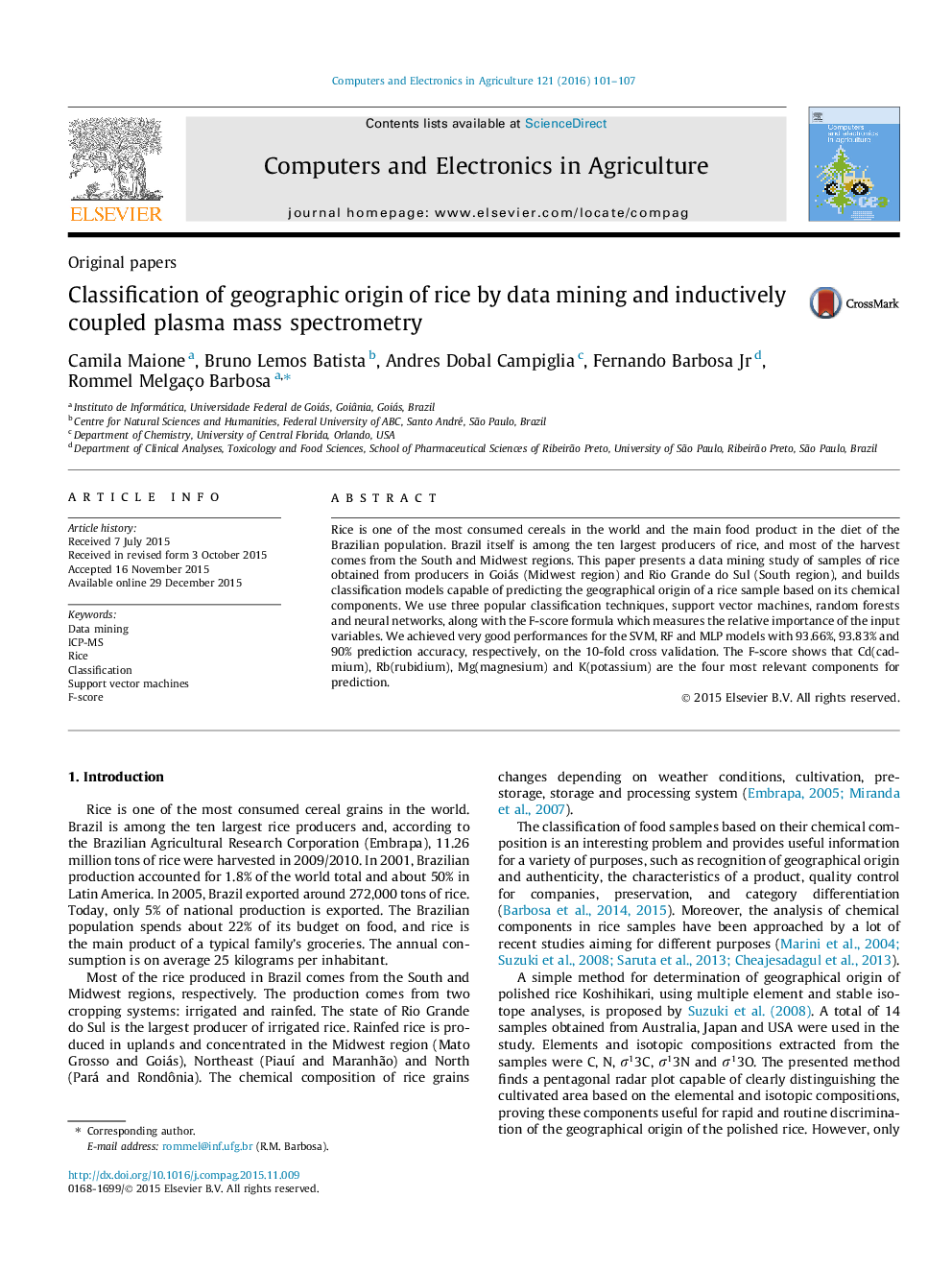 • We used data mining with ICP-MS to evaluate origin of rice.
• An accuracy above 93% was obtained with SVM and RF algorithms.
• Our method can be used for authentication purposes of other food.

Rice is one of the most consumed cereals in the world and the main food product in the diet of the Brazilian population. Brazil itself is among the ten largest producers of rice, and most of the harvest comes from the South and Midwest regions. This paper presents a data mining study of samples of rice obtained from producers in Goiás (Midwest region) and Rio Grande do Sul (South region), and builds classification models capable of predicting the geographical origin of a rice sample based on its chemical components. We use three popular classification techniques, support vector machines, random forests and neural networks, along with the F-score formula which measures the relative importance of the input variables. We achieved very good performances for the SVM, RF and MLP models with 93.66%, 93.83% and 90% prediction accuracy, respectively, on the 10-fold cross validation. The F-score shows that Cd(cadmium), Rb(rubidium), Mg(magnesium) and K(potassium) are the four most relevant components for prediction.