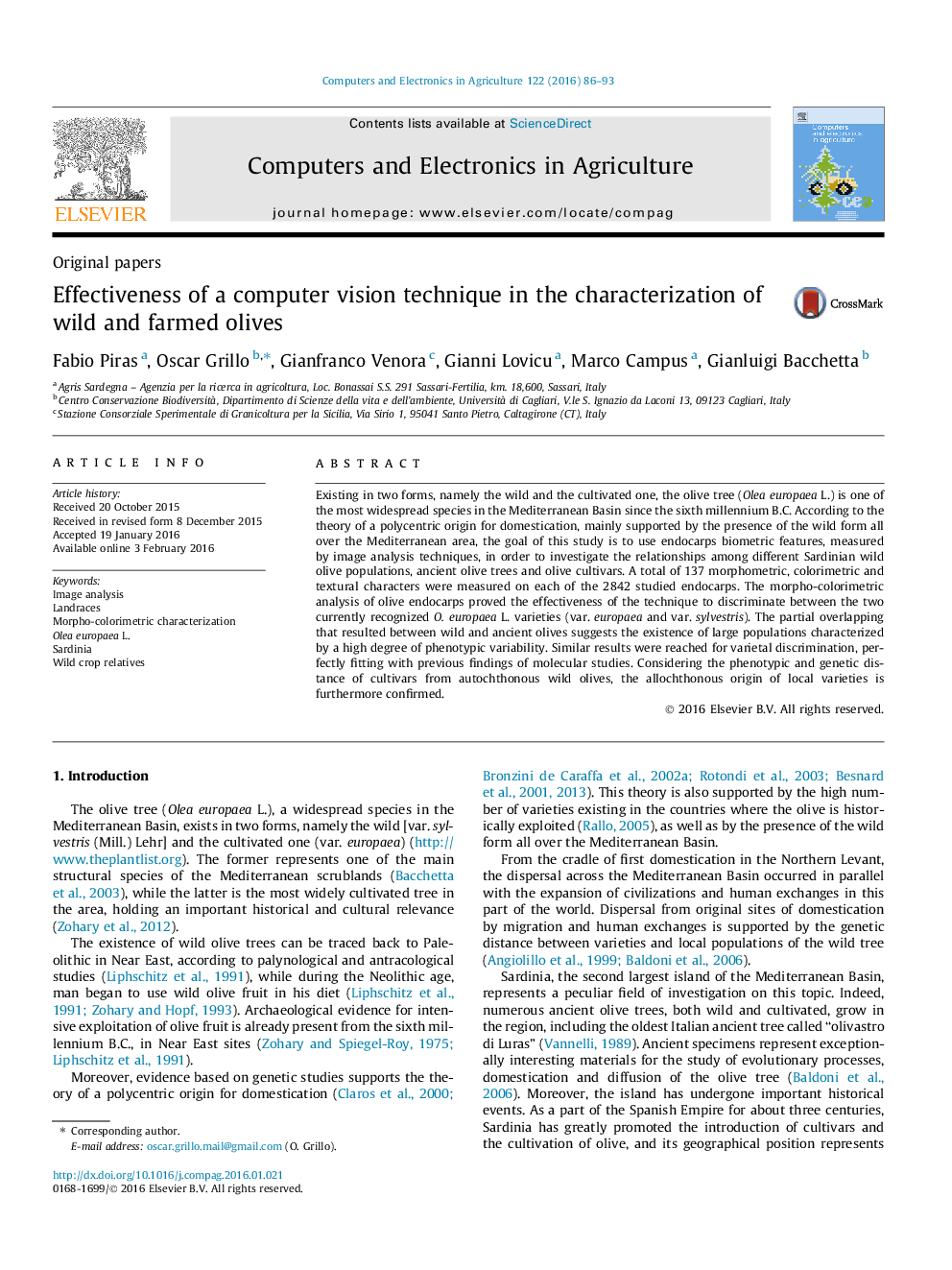 Existing in two forms, namely the wild and the cultivated one, the olive tree (Olea europaea L.) is one of the most widespread species in the Mediterranean Basin since the sixth millennium B.C. According to the theory of a polycentric origin for domestication, mainly supported by the presence of the wild form all over the Mediterranean area, the goal of this study is to use endocarps biometric features, measured by image analysis techniques, in order to investigate the relationships among different Sardinian wild olive populations, ancient olive trees and olive cultivars. A total of 137 morphometric, colorimetric and textural characters were measured on each of the 2842 studied endocarps. The morpho-colorimetric analysis of olive endocarps proved the effectiveness of the technique to discriminate between the two currently recognized O. europaea L. varieties (var. europaea and var. sylvestris). The partial overlapping that resulted between wild and ancient olives suggests the existence of large populations characterized by a high degree of phenotypic variability. Similar results were reached for varietal discrimination, perfectly fitting with previous findings of molecular studies. Considering the phenotypic and genetic distance of cultivars from autochthonous wild olives, the allochthonous origin of local varieties is furthermore confirmed.