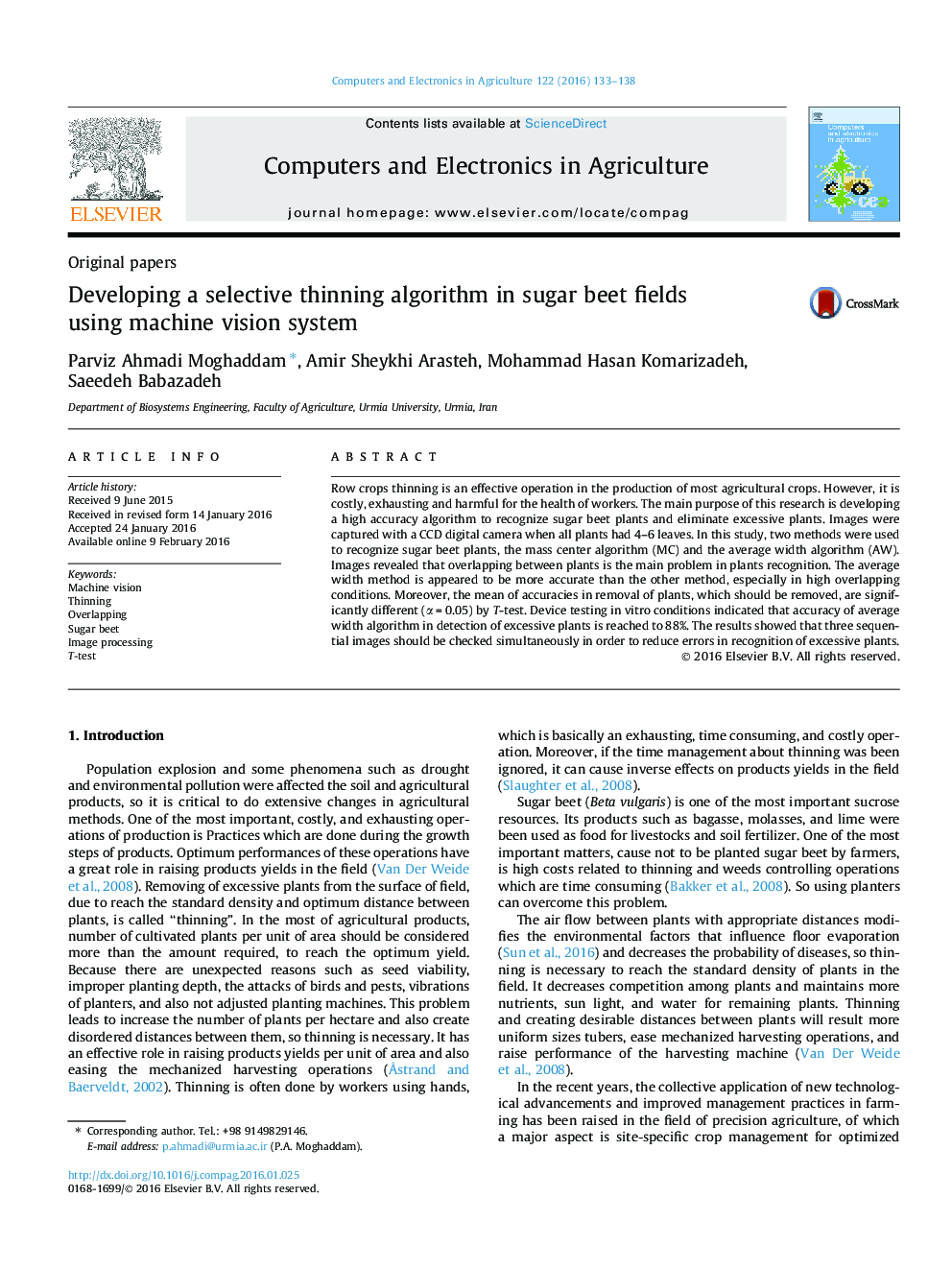 • The MC method does not have a good performance because of the overlapping.
• The mean of total accuracy is significantly different (α = 0.05) between two algorithms by T-test.
• The recommended algorithm is the average width (AW) method.
• Device testing in vitro conditions indicated that the accuracy of AW algorithm is reached to 88%.
• The results proposed that checking the three sequential images reduces the errors in recognition of excessive plants.

Row crops thinning is an effective operation in the production of most agricultural crops. However, it is costly, exhausting and harmful for the health of workers. The main purpose of this research is developing a high accuracy algorithm to recognize sugar beet plants and eliminate excessive plants. Images were captured with a CCD digital camera when all plants had 4–6 leaves. In this study, two methods were used to recognize sugar beet plants, the mass center algorithm (MC) and the average width algorithm (AW). Images revealed that overlapping between plants is the main problem in plants recognition. The average width method is appeared to be more accurate than the other method, especially in high overlapping conditions. Moreover, the mean of accuracies in removal of plants, which should be removed, are significantly different (α = 0.05) by T-test. Device testing in vitro conditions indicated that accuracy of average width algorithm in detection of excessive plants is reached to 88%. The results showed that three sequential images should be checked simultaneously in order to reduce errors in recognition of excessive plants.