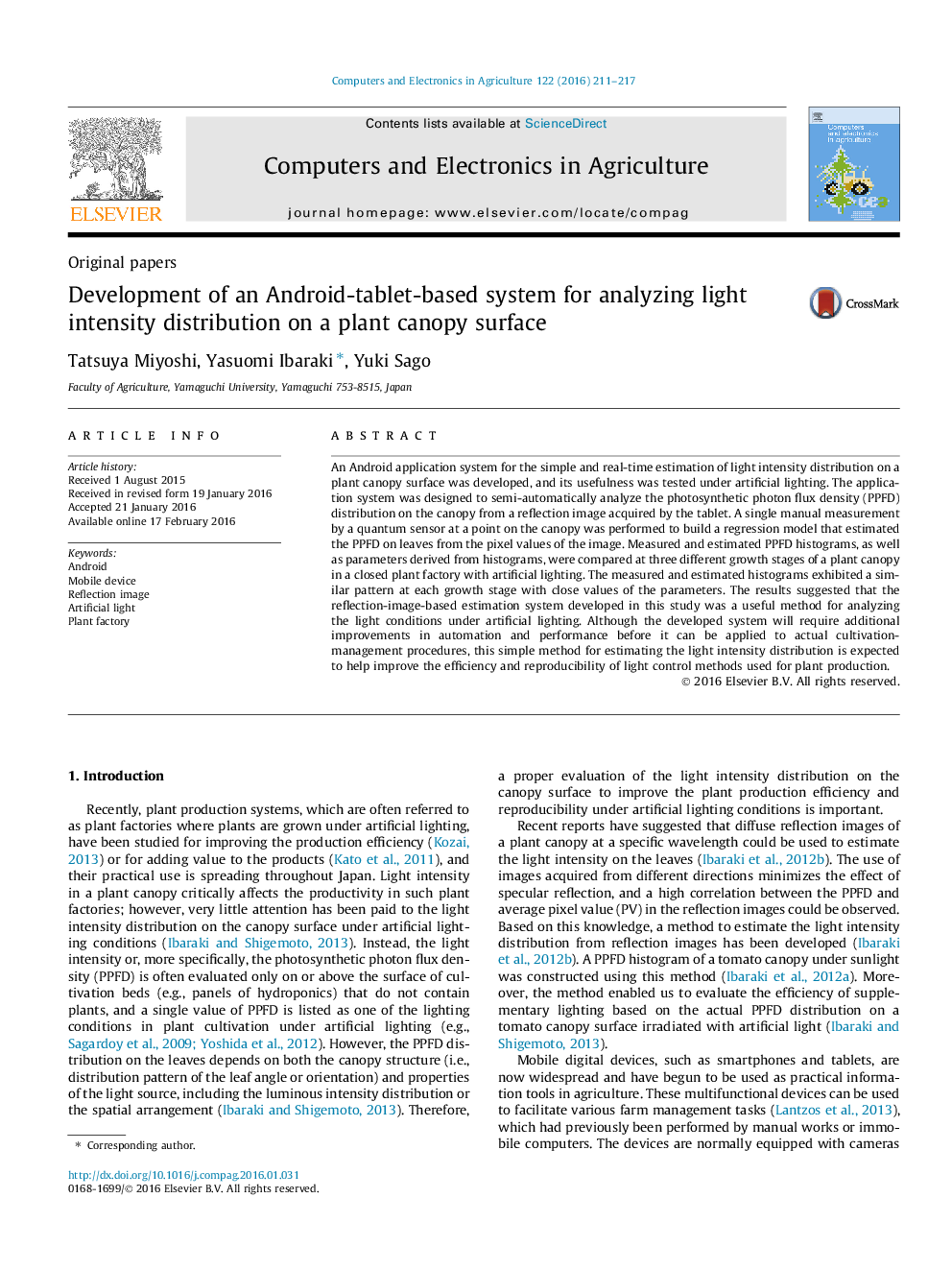 • We developed an Android application system for easy estimation of PPFD distribution.
• The system output a PPFD histogram on the canopy surface from a reflection image.
• The system can be applied for plant production under artificial lighting.

An Android application system for the simple and real-time estimation of light intensity distribution on a plant canopy surface was developed, and its usefulness was tested under artificial lighting. The application system was designed to semi-automatically analyze the photosynthetic photon flux density (PPFD) distribution on the canopy from a reflection image acquired by the tablet. A single manual measurement by a quantum sensor at a point on the canopy was performed to build a regression model that estimated the PPFD on leaves from the pixel values of the image. Measured and estimated PPFD histograms, as well as parameters derived from histograms, were compared at three different growth stages of a plant canopy in a closed plant factory with artificial lighting. The measured and estimated histograms exhibited a similar pattern at each growth stage with close values of the parameters. The results suggested that the reflection-image-based estimation system developed in this study was a useful method for analyzing the light conditions under artificial lighting. Although the developed system will require additional improvements in automation and performance before it can be applied to actual cultivation-management procedures, this simple method for estimating the light intensity distribution is expected to help improve the efficiency and reproducibility of light control methods used for plant production.