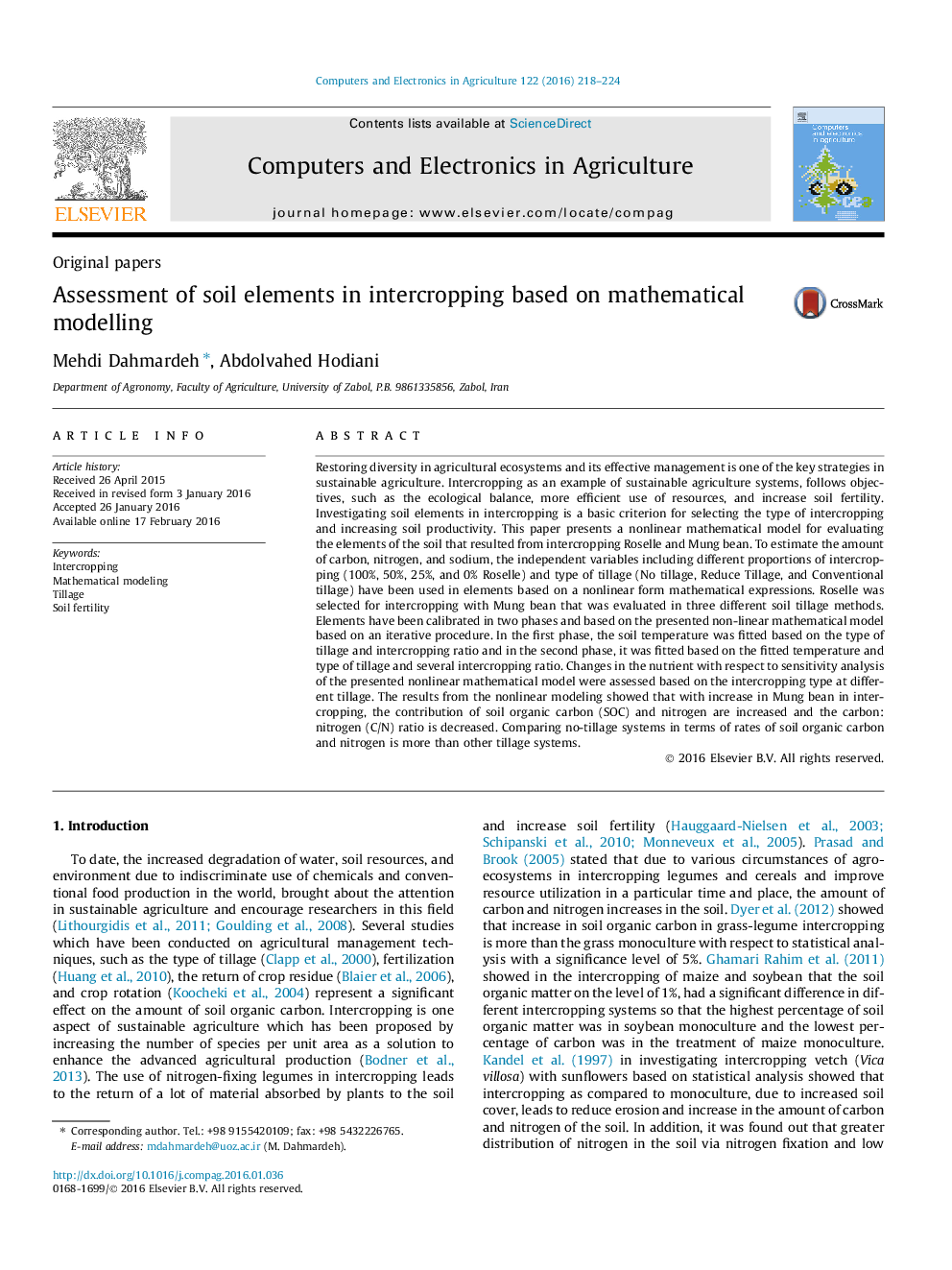 Restoring diversity in agricultural ecosystems and its effective management is one of the key strategies in sustainable agriculture. Intercropping as an example of sustainable agriculture systems, follows objectives, such as the ecological balance, more efficient use of resources, and increase soil fertility. Investigating soil elements in intercropping is a basic criterion for selecting the type of intercropping and increasing soil productivity. This paper presents a nonlinear mathematical model for evaluating the elements of the soil that resulted from intercropping Roselle and Mung bean. To estimate the amount of carbon, nitrogen, and sodium, the independent variables including different proportions of intercropping (100%, 50%, 25%, and 0% Roselle) and type of tillage (No tillage, Reduce Tillage, and Conventional tillage) have been used in elements based on a nonlinear form mathematical expressions. Roselle was selected for intercropping with Mung bean that was evaluated in three different soil tillage methods. Elements have been calibrated in two phases and based on the presented non-linear mathematical model based on an iterative procedure. In the first phase, the soil temperature was fitted based on the type of tillage and intercropping ratio and in the second phase, it was fitted based on the fitted temperature and type of tillage and several intercropping ratio. Changes in the nutrient with respect to sensitivity analysis of the presented nonlinear mathematical model were assessed based on the intercropping type at different tillage. The results from the nonlinear modeling showed that with increase in Mung bean in intercropping, the contribution of soil organic carbon (SOC) and nitrogen are increased and the carbon: nitrogen (C/N) ratio is decreased. Comparing no-tillage systems in terms of rates of soil organic carbon and nitrogen is more than other tillage systems.