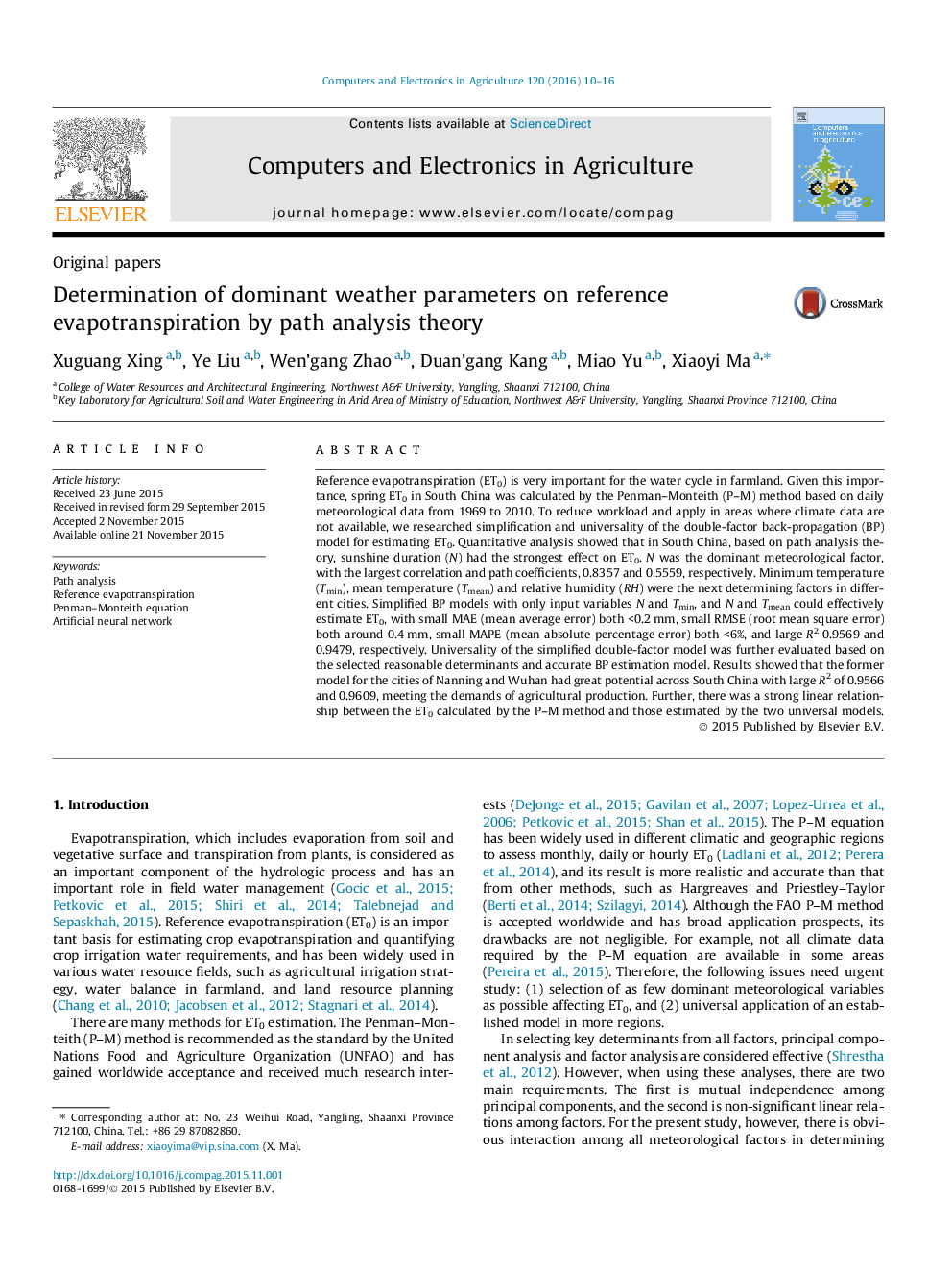 • Path theory is a new valid method for selecting dominant factor affecting ET0.
• ET0 could be accurately estimated by only two climate factors.
• Sunshine duration has strongest effect on ET0.
• Combination of path analysis and ANN has accuracy in ET0 estimation.
• Only two stations’ ET0 estimation models can be universalized in South China.

Reference evapotranspiration (ET0) is very important for the water cycle in farmland. Given this importance, spring ET0 in South China was calculated by the Penman–Monteith (P–M) method based on daily meteorological data from 1969 to 2010. To reduce workload and apply in areas where climate data are not available, we researched simplification and universality of the double-factor back-propagation (BP) model for estimating ET0. Quantitative analysis showed that in South China, based on path analysis theory, sunshine duration (N) had the strongest effect on ET0. N was the dominant meteorological factor, with the largest correlation and path coefficients, 0.8357 and 0.5559, respectively. Minimum temperature (Tmin), mean temperature (Tmean) and relative humidity (RH) were the next determining factors in different cities. Simplified BP models with only input variables N and Tmin, and N and Tmean could effectively estimate ET0, with small MAE (mean average error) both <0.2 mm, small RMSE (root mean square error) both around 0.4 mm, small MAPE (mean absolute percentage error) both <6%, and large R2 0.9569 and 0.9479, respectively. Universality of the simplified double-factor model was further evaluated based on the selected reasonable determinants and accurate BP estimation model. Results showed that the former model for the cities of Nanning and Wuhan had great potential across South China with large R2 of 0.9566 and 0.9609, meeting the demands of agricultural production. Further, there was a strong linear relationship between the ET0 calculated by the P–M method and those estimated by the two universal models.