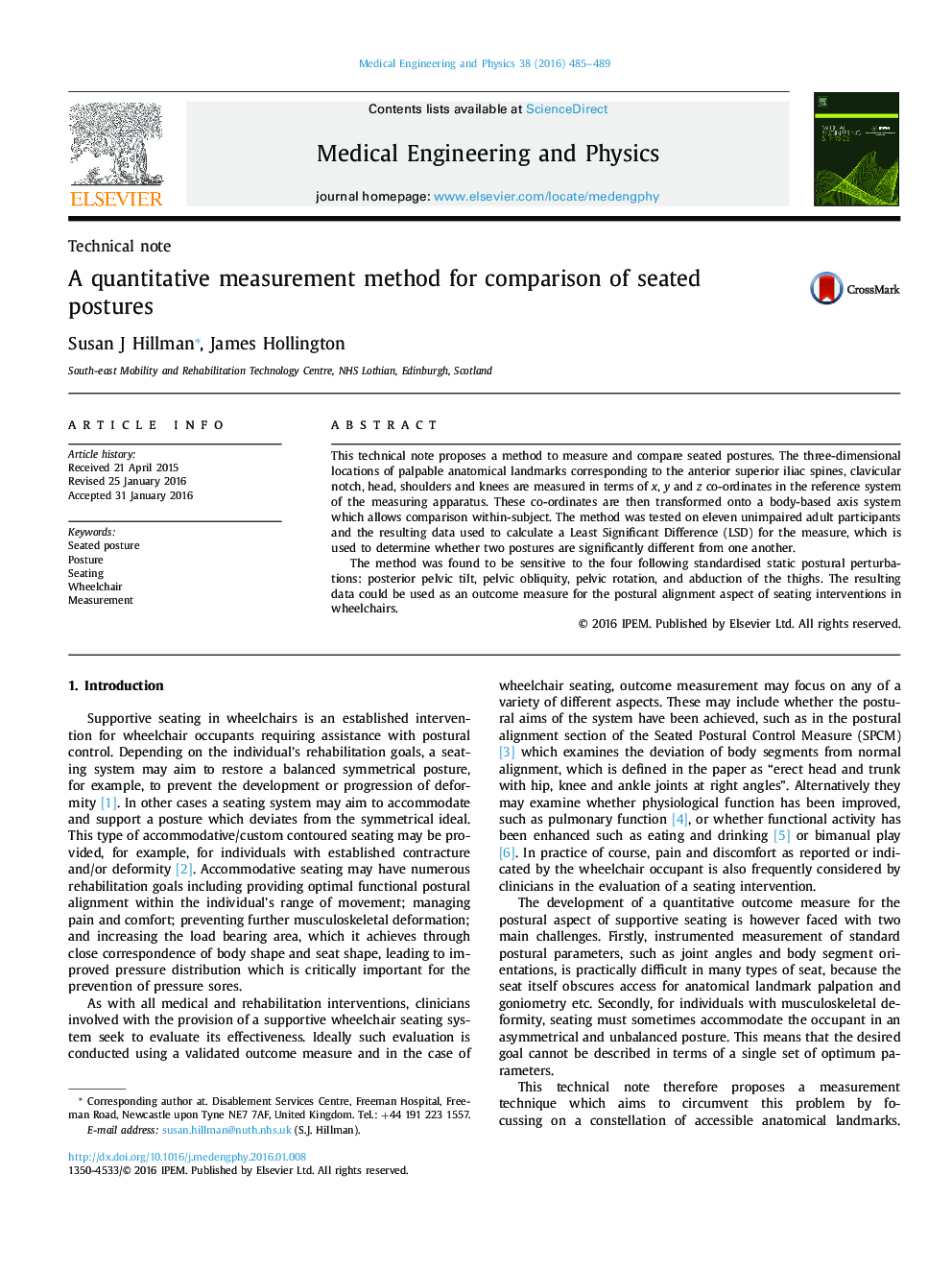 • This method measures the difference between seated postures for an individual.
• It can be used to evaluate postural outcomes for custom contoured seating systems.
• Posture before and after provision is compared with the desired postural outcome.

This technical note proposes a method to measure and compare seated postures. The three-dimensional locations of palpable anatomical landmarks corresponding to the anterior superior iliac spines, clavicular notch, head, shoulders and knees are measured in terms of x, y and z co-ordinates in the reference system of the measuring apparatus. These co-ordinates are then transformed onto a body-based axis system which allows comparison within-subject. The method was tested on eleven unimpaired adult participants and the resulting data used to calculate a Least Significant Difference (LSD) for the measure, which is used to determine whether two postures are significantly different from one another.The method was found to be sensitive to the four following standardised static postural perturbations: posterior pelvic tilt, pelvic obliquity, pelvic rotation, and abduction of the thighs. The resulting data could be used as an outcome measure for the postural alignment aspect of seating interventions in wheelchairs.