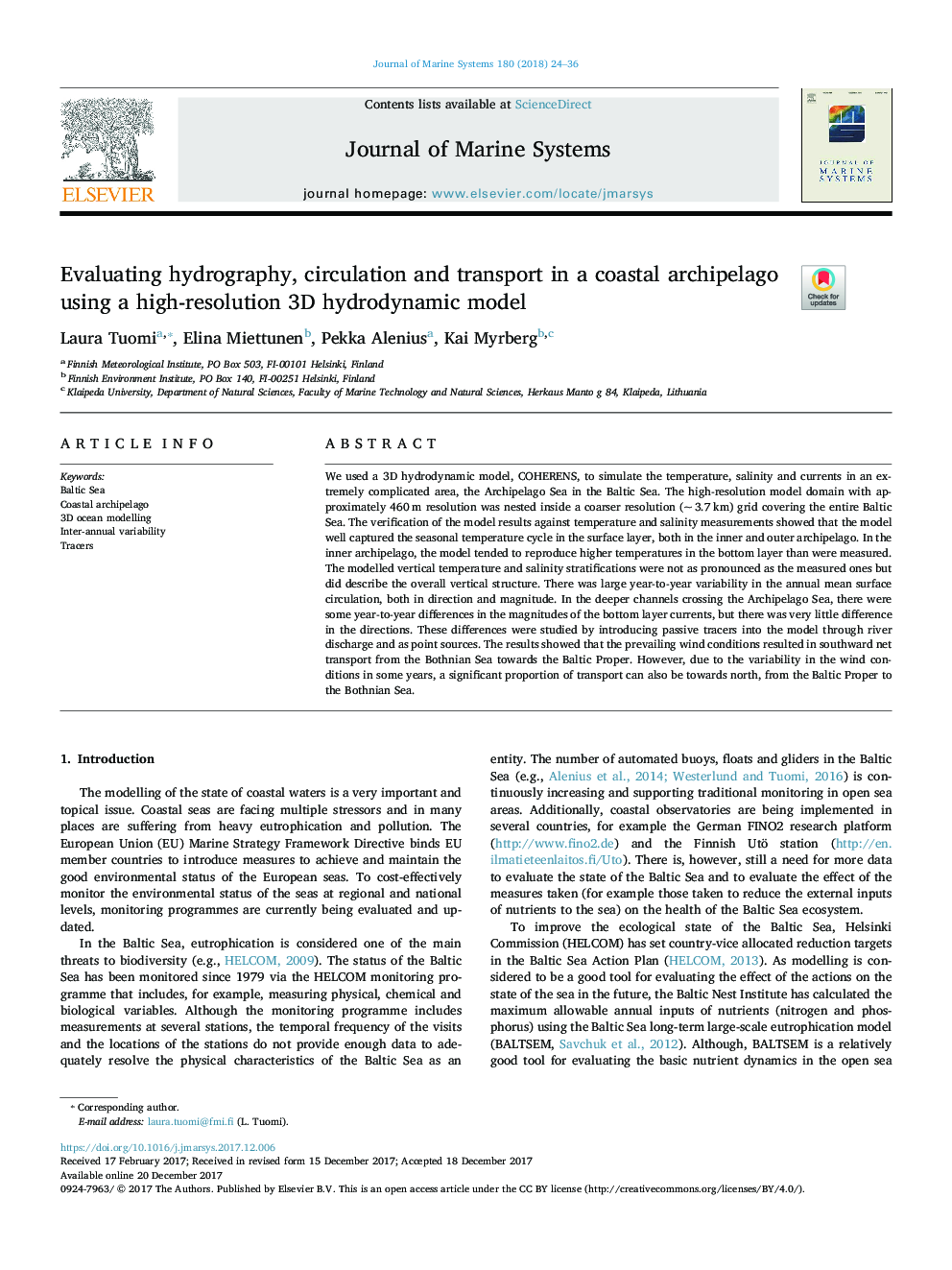 چکیده انگلیسی
We used a 3D hydrodynamic model, COHERENS, to simulate the temperature, salinity and currents in an extremely complicated area, the Archipelago Sea in the Baltic Sea. The high-resolution model domain with approximately 460Â m resolution was nested inside a coarser resolution (~Â 3.7Â km) grid covering the entire Baltic Sea. The verification of the model results against temperature and salinity measurements showed that the model well captured the seasonal temperature cycle in the surface layer, both in the inner and outer archipelago. In the inner archipelago, the model tended to reproduce higher temperatures in the bottom layer than were measured. The modelled vertical temperature and salinity stratifications were not as pronounced as the measured ones but did describe the overall vertical structure. There was large year-to-year variability in the annual mean surface circulation, both in direction and magnitude. In the deeper channels crossing the Archipelago Sea, there were some year-to-year differences in the magnitudes of the bottom layer currents, but there was very little difference in the directions. These differences were studied by introducing passive tracers into the model through river discharge and as point sources. The results showed that the prevailing wind conditions resulted in southward net transport from the Bothnian Sea towards the Baltic Proper. However, due to the variability in the wind conditions in some years, a significant proportion of transport can also be towards north, from the Baltic Proper to the Bothnian Sea.
ناشر
Database: Elsevier - ScienceDirect (ساینس دایرکت)
Journal: Journal of Marine Systems - Volume 180, April 2018, Pages 24-36
نویسندگان
Laura Tuomi, Elina Miettunen, Pekka Alenius, Kai Myrberg,
دانلود مقاله + سفارش ترجمه
دانلود مقاله ISI انگلیسی
رایگان برای ایرانیان
سفارش ترجمه تخصصی
با تضمین قیمت و کیفیت
منتشر شده در