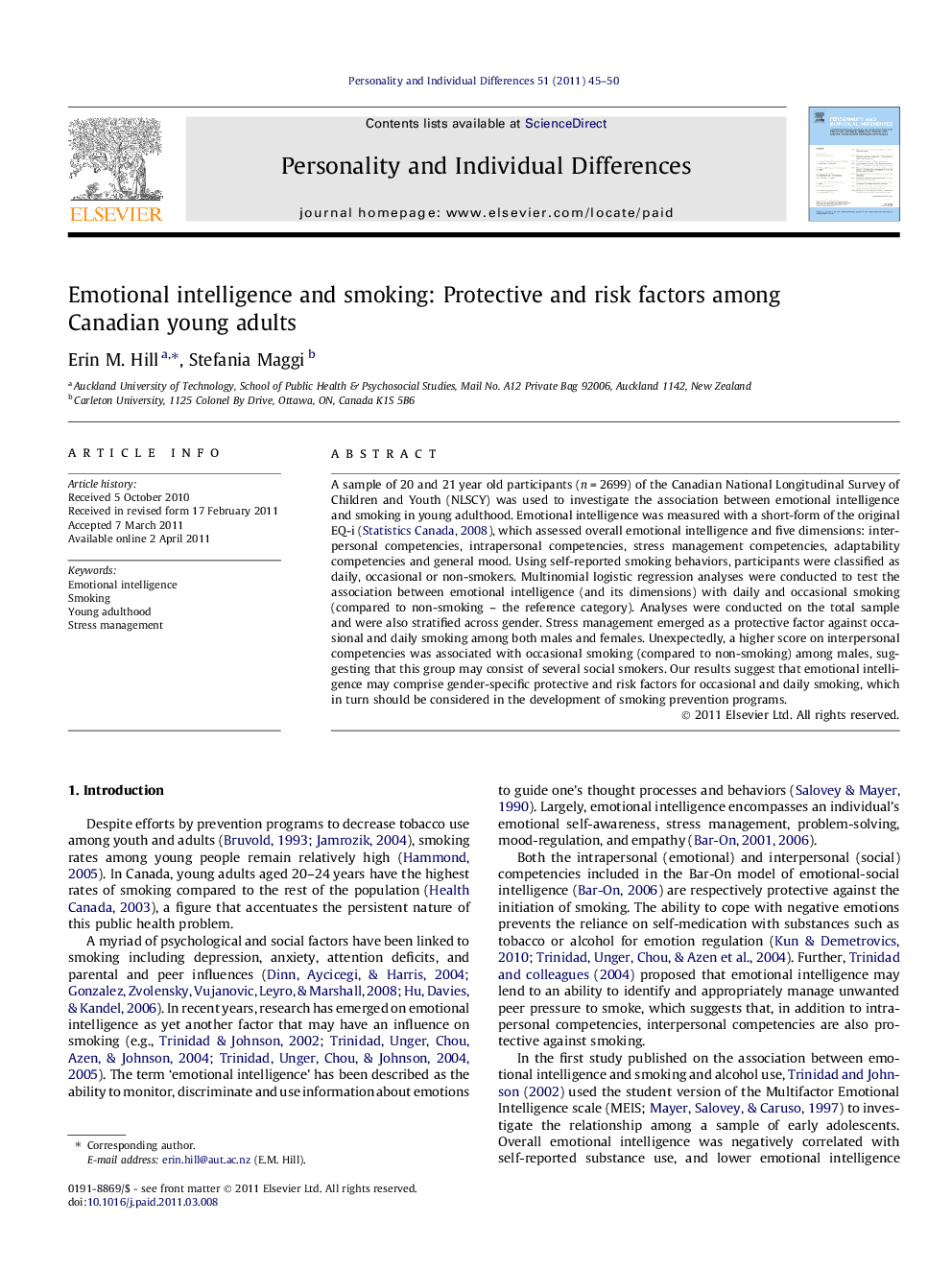 A sample of 20 and 21 year old participants (n = 2699) of the Canadian National Longitudinal Survey of Children and Youth (NLSCY) was used to investigate the association between emotional intelligence and smoking in young adulthood. Emotional intelligence was measured with a short-form of the original EQ-i (Statistics Canada, 2008), which assessed overall emotional intelligence and five dimensions: interpersonal competencies, intrapersonal competencies, stress management competencies, adaptability competencies and general mood. Using self-reported smoking behaviors, participants were classified as daily, occasional or non-smokers. Multinomial logistic regression analyses were conducted to test the association between emotional intelligence (and its dimensions) with daily and occasional smoking (compared to non-smoking – the reference category). Analyses were conducted on the total sample and were also stratified across gender. Stress management emerged as a protective factor against occasional and daily smoking among both males and females. Unexpectedly, a higher score on interpersonal competencies was associated with occasional smoking (compared to non-smoking) among males, suggesting that this group may consist of several social smokers. Our results suggest that emotional intelligence may comprise gender-specific protective and risk factors for occasional and daily smoking, which in turn should be considered in the development of smoking prevention programs.