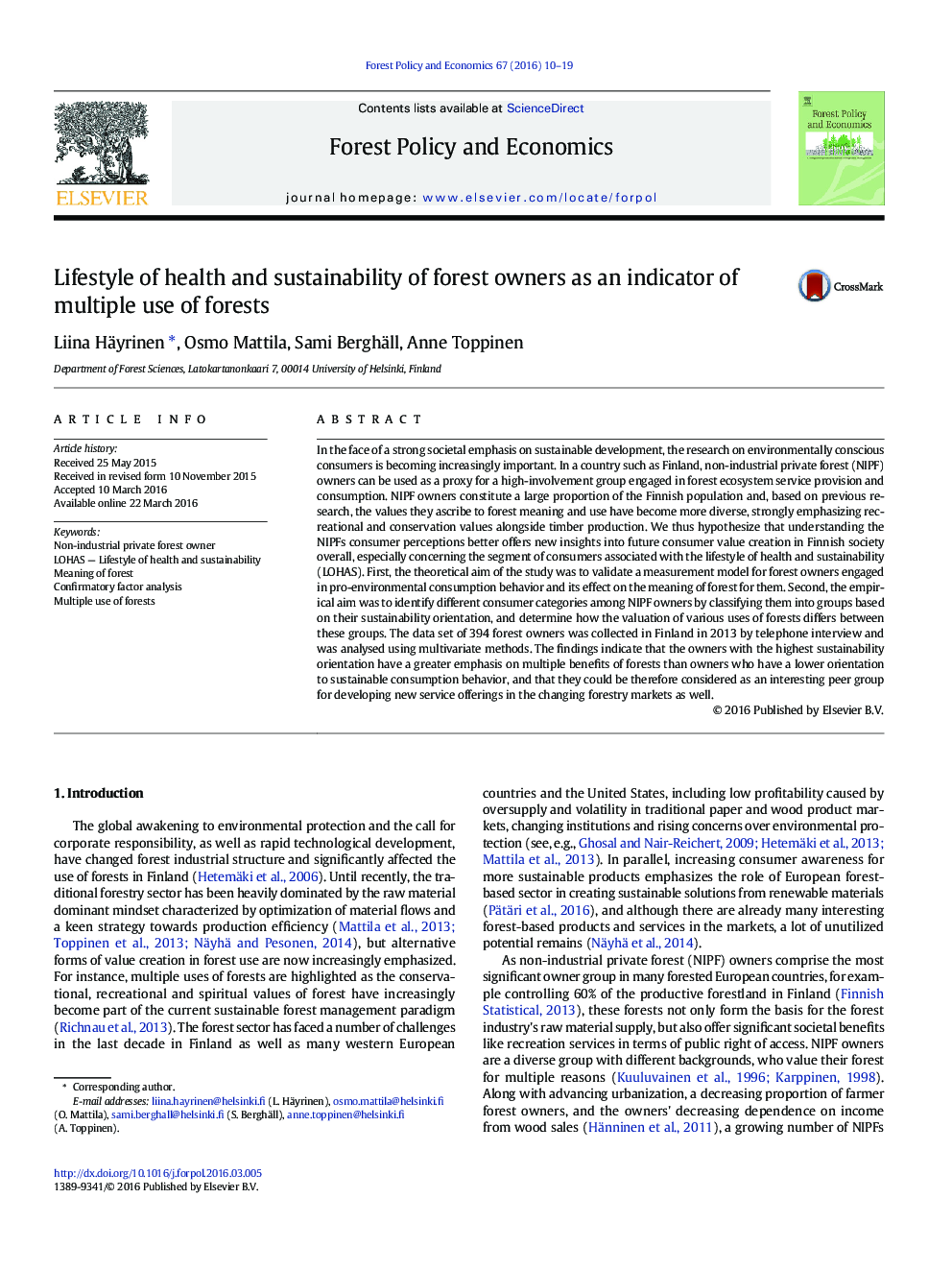 • We examine NIPFs’ orientation towards LOHAS lifestyle and its relation to their perceptions of the meaning of forests.
• We develop a theoretical measurement model and test the validity of the structural equation model.
• The most highly sustainability oriented NIPFs value multiple benefits of forests more than other NIPFs.

In the face of a strong societal emphasis on sustainable development, the research on environmentally conscious consumers is becoming increasingly important. In a country such as Finland, non-industrial private forest (NIPF) owners can be used as a proxy for a high-involvement group engaged in forest ecosystem service provision and consumption. NIPF owners constitute a large proportion of the Finnish population and, based on previous research, the values they ascribe to forest meaning and use have become more diverse, strongly emphasizing recreational and conservation values alongside timber production. We thus hypothesize that understanding the NIPFs consumer perceptions better offers new insights into future consumer value creation in Finnish society overall, especially concerning the segment of consumers associated with the lifestyle of health and sustainability (LOHAS). First, the theoretical aim of the study was to validate a measurement model for forest owners engaged in pro-environmental consumption behavior and its effect on the meaning of forest for them. Second, the empirical aim was to identify different consumer categories among NIPF owners by classifying them into groups based on their sustainability orientation, and determine how the valuation of various uses of forests differs between these groups. The data set of 394 forest owners was collected in Finland in 2013 by telephone interview and was analysed using multivariate methods. The findings indicate that the owners with the highest sustainability orientation have a greater emphasis on multiple benefits of forests than owners who have a lower orientation to sustainable consumption behavior, and that they could be therefore considered as an interesting peer group for developing new service offerings in the changing forestry markets as well.