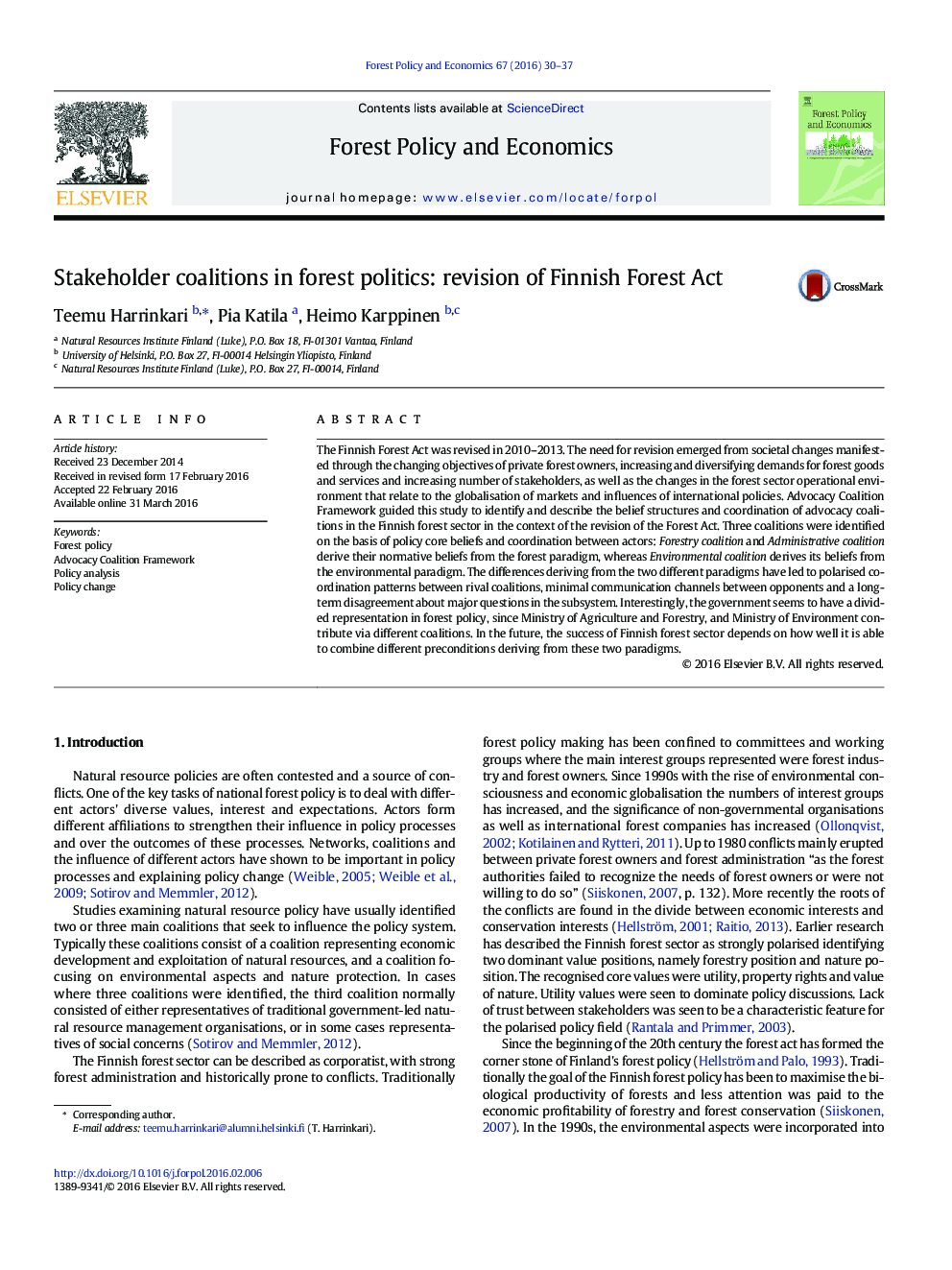 The Finnish Forest Act was revised in 2010–2013. The need for revision emerged from societal changes manifested through the changing objectives of private forest owners, increasing and diversifying demands for forest goods and services and increasing number of stakeholders, as well as the changes in the forest sector operational environment that relate to the globalisation of markets and influences of international policies. Advocacy Coalition Framework guided this study to identify and describe the belief structures and coordination of advocacy coalitions in the Finnish forest sector in the context of the revision of the Forest Act. Three coalitions were identified on the basis of policy core beliefs and coordination between actors: Forestry coalition and Administrative coalition derive their normative beliefs from the forest paradigm, whereas Environmental coalition derives its beliefs from the environmental paradigm. The differences deriving from the two different paradigms have led to polarised coordination patterns between rival coalitions, minimal communication channels between opponents and a long-term disagreement about major questions in the subsystem. Interestingly, the government seems to have a divided representation in forest policy, since Ministry of Agriculture and Forestry, and Ministry of Environment contribute via different coalitions. In the future, the success of Finnish forest sector depends on how well it is able to combine different preconditions deriving from these two paradigms.