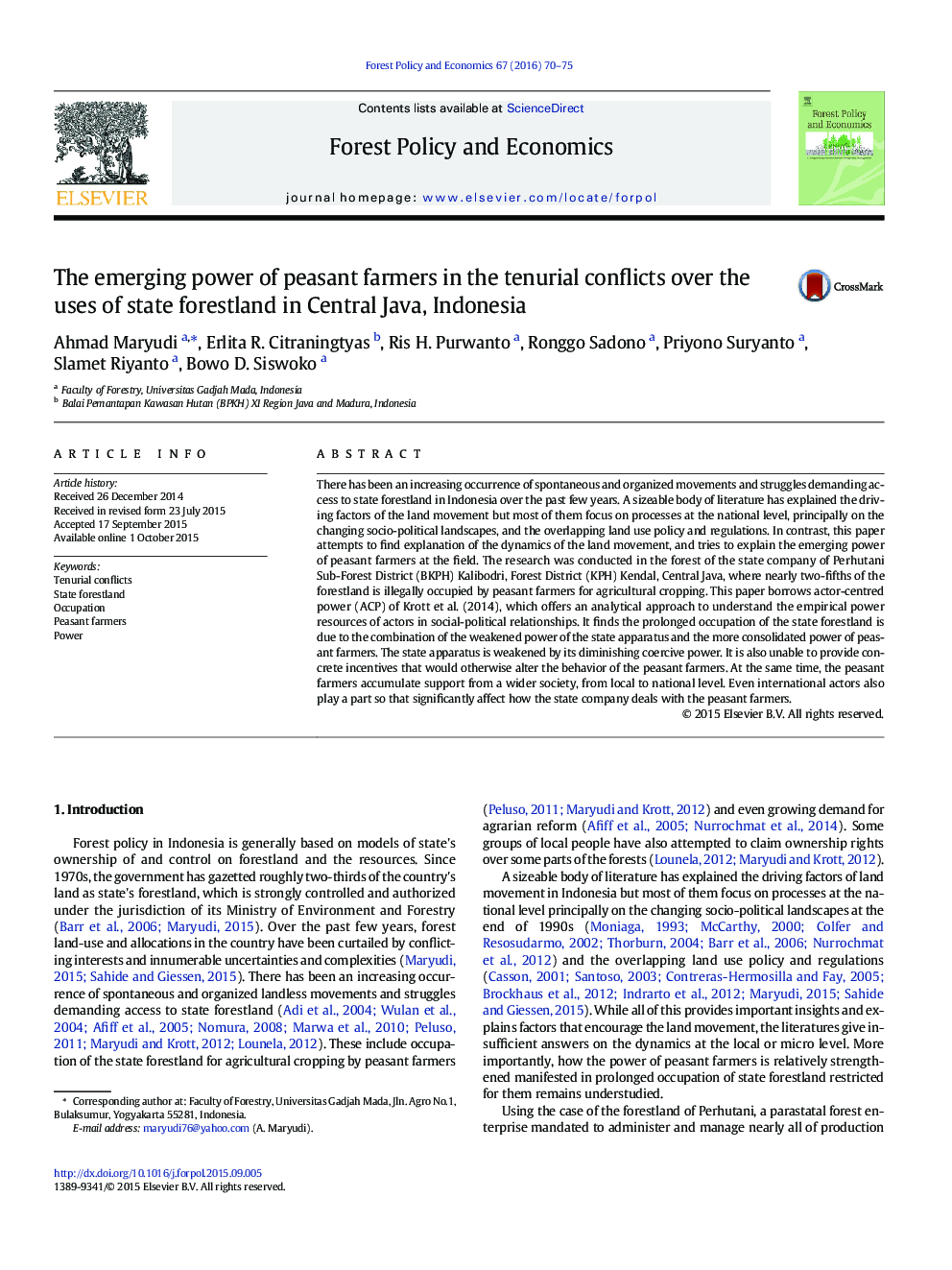 There has been an increasing occurrence of spontaneous and organized movements and struggles demanding access to state forestland in Indonesia over the past few years. A sizeable body of literature has explained the driving factors of the land movement but most of them focus on processes at the national level, principally on the changing socio-political landscapes, and the overlapping land use policy and regulations. In contrast, this paper attempts to find explanation of the dynamics of the land movement, and tries to explain the emerging power of peasant farmers at the field. The research was conducted in the forest of the state company of Perhutani Sub-Forest District (BKPH) Kalibodri, Forest District (KPH) Kendal, Central Java, where nearly two-fifths of the forestland is illegally occupied by peasant farmers for agricultural cropping. This paper borrows actor-centred power (ACP) of Krott et al. (2014), which offers an analytical approach to understand the empirical power resources of actors in social-political relationships. It finds the prolonged occupation of the state forestland is due to the combination of the weakened power of the state apparatus and the more consolidated power of peasant farmers. The state apparatus is weakened by its diminishing coercive power. It is also unable to provide concrete incentives that would otherwise alter the behavior of the peasant farmers. At the same time, the peasant farmers accumulate support from a wider society, from local to national level. Even international actors also play a part so that significantly affect how the state company deals with the peasant farmers.